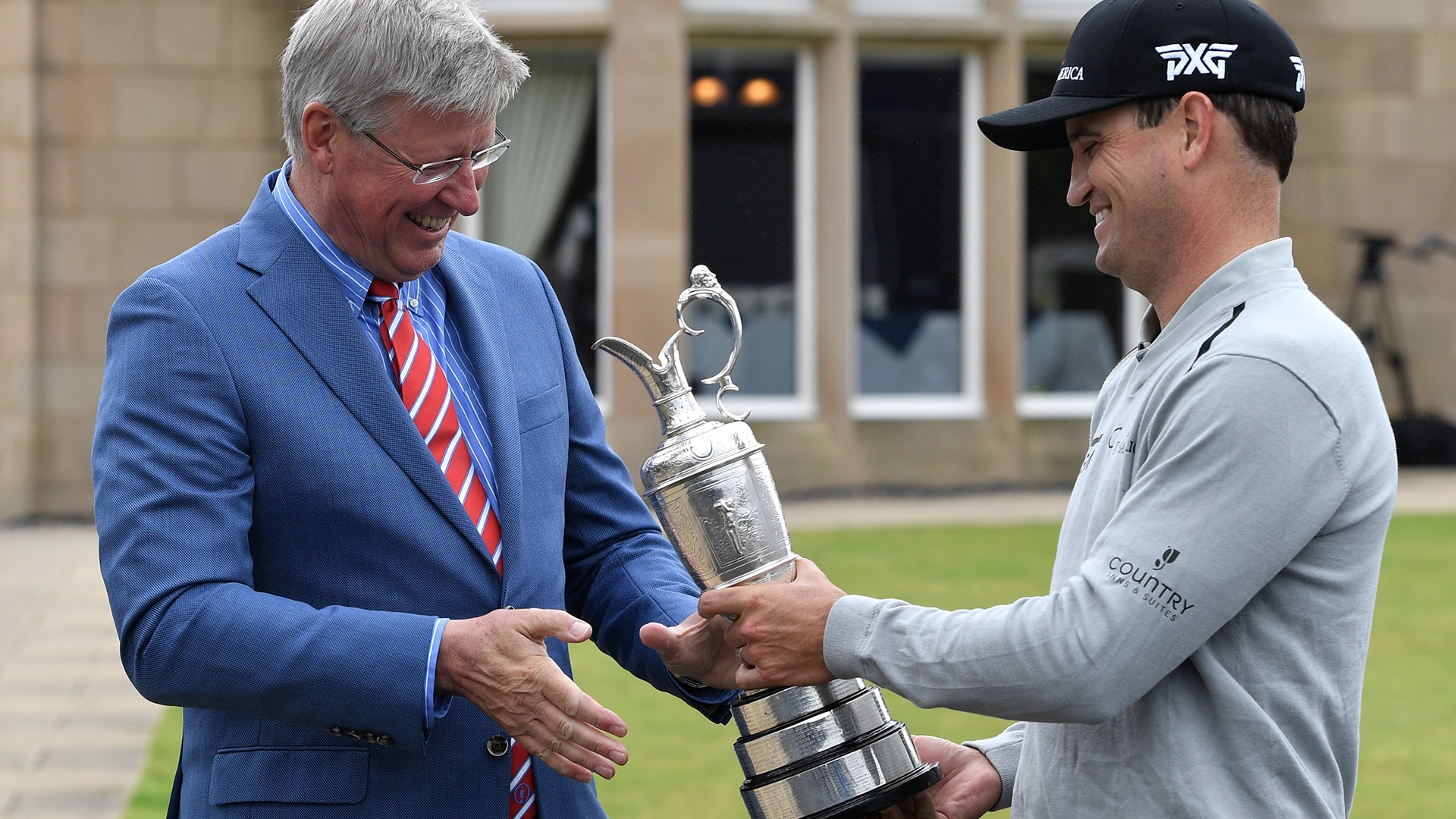 Yes, to The Open to defend his title, but also, he returned the claret jug on Monday morning shortly before addressing the media at his pre-tournament news conference. That wasn't a moment he was looking forward to.

"I've got to give the claret jug back, which I did," Johnson said. "It was not pleasant, but there's still an opportunity to go out there and play. That's what it is."

Make no mistake, ZJ and CJ (catchy, dontcha think?) had a great run.

"I'm staying in a house [this week] with some buddies and we had a glass of wine out of it. Well, we didn't have a glass of wine; we had wine out of it. It is a claret decanter, so it serves its purpose in that regard, too. ... [The claret jug] was at my alma mater. It's been in my hometown a bunch with my foundation, at the club I grew up at. Certainly my entire team has had it, meaning my coaches at their clinics, their academies."

Alas, as all champions do, Johnson's time to give it back had arrived. So how could Johnson give a proper farewell to the piece of silver that gave he and his team so much over the past 12 months? With a little practice, perhaps.

"Well, I kind of (said goodbye) at home. I kind of parted ways emotionally with it at home, so once I got to the formalities of it, (giving it back) really wasn't that difficult. I practiced. No, I'm just kidding, that's not true," Johnson laughed. "But it was bittersweet. Bittersweet. More sweet, but the fact that you've got to give it back, you know it's coming. I guess a portion of that sweetness is you still have an opportunity to get it back yourself."

If ZJ hopes to reunite with CJ, he'll have his work cut out for him. In 144 editions of The Open, only 16 players have successfully defended their title. Padraig Harrington (2007, 2008) was the last man to repeat as Champion Golfer of the Year.

Johnson tees off Thursday at 9:15 a.m. ET alongside Adam Scott and Henrik Stenson.