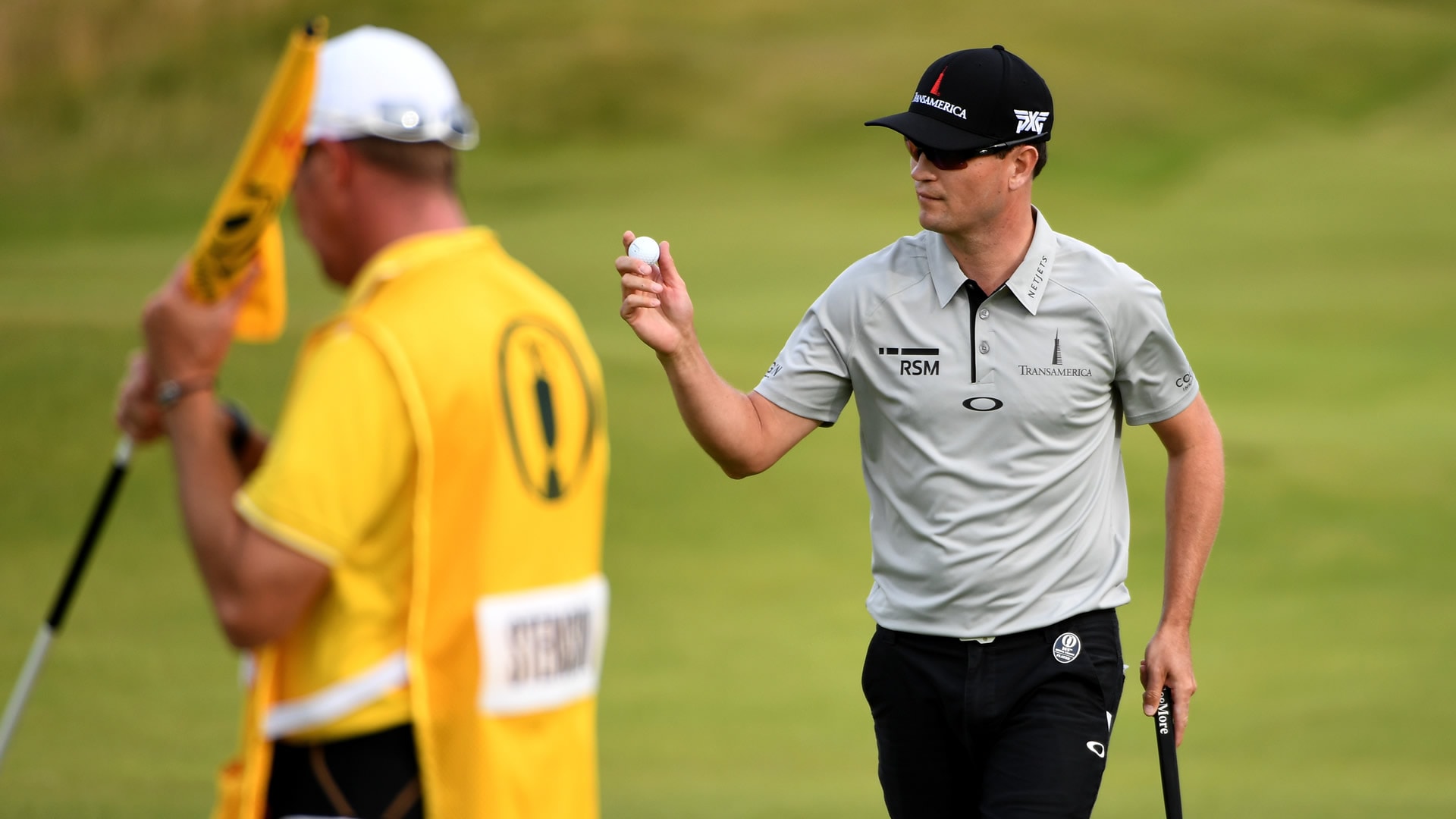 TROON, Scotland – All the focus Thursday was on Phil Mickelson at The Open. Rightfully so. A lipout for a record-breaking 62 in a major championship will tend to cause quite a stir.

But Zach Johnson isn’t far behind. You know Johnson, the guy who jumped up and won The Open last year at the venerable Old Course to claim his second major championship; The guy who shot a final-round 66 to steal all the thunder from Jordan Spieth and Jason Day.

Johnson is back at it again after shooting an opening-round 67. He’s tied for fourth place, four shots behind Mickelson.

The score appeared like it would be much better with two holes remaining. At that point, Johnson was 6 under but he closed with consecutive bogeys.

“Quite honestly it’s probably what I deserved,” Johnson said of the two closing bogeys. “I mean, granted, to shoot in the mid-60s, you’re going to make putts, but I don’t know if it evened out or now.”

Johnson’s card was flawless through 16 holes with six birdies. He hit the first 10 greens in regulation and was cruising. He saved par on No. 12 when he found a pot bunker but managed to get up and down.

Only two behind Mickelson standing on the 17th tee, Johnson made his only two mistakes of the day on the final two holes.

“I hit really two errant shots coming in and I hit some, I guess you’d say, approach shots, pitches and misjudged the putts, misread the putts, but two really errant shots that cost me,” he said. “You get to those situations and you’re just trying to eliminate the big, big one, and I still had chances to make pars.”