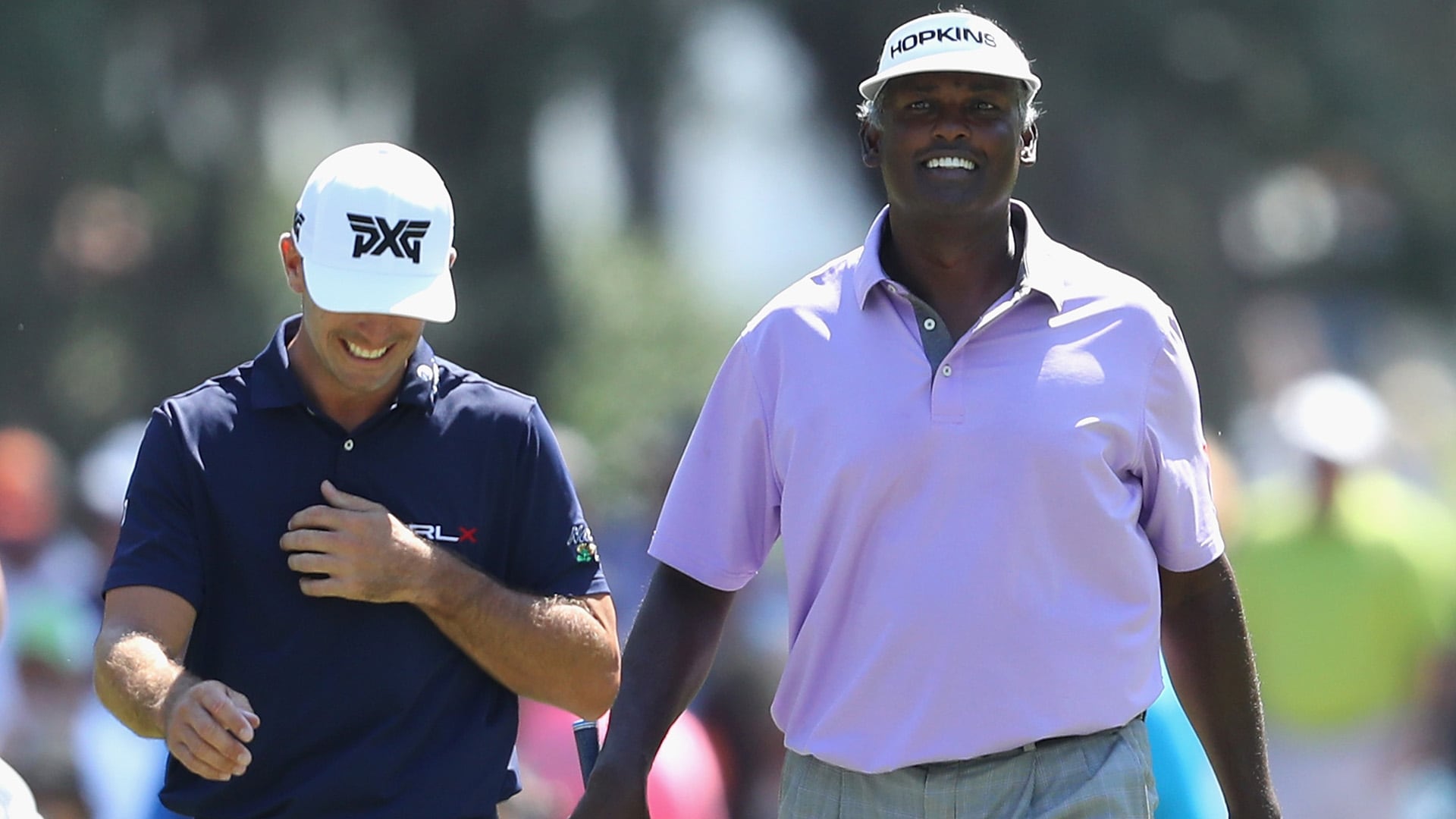 PONTE VEDRA BEACH, Fla. – At 54 years old it wasn’t Vijay Singh’s position on The Players’ leaderboard (fourth place) that was the most surprising element on Friday.

No, the real stunner came when he revealed that his renowned work ethic has dulled with age when he was asked if he still practices like he used to.

“About half,” Singh smiled after a second-round 68 at TPC Sawgrass.

Although this is Singh’s 24th start in the PGA Tour’s marquee event and he regularly practices at TPC Sawgrass, he hasn’t finished inside the top 10 at the event since 2009 and has missed the cut in four of his last six starts.

Still, the Fijian said he was confident with his game and on this course, particularly after a few extra practice rounds on the recently redesigned Stadium Course in the weeks leading up to the event.

“I’m thinking about winning when I started. It’s the feeling you have to have,” he said.

Singh’s play could lead to some awkward moments on Sunday if he were to win his 35th Tour title at the home of the Tour.

Just days before the 2013 Players Singh filed a lawsuit in New York Supreme Court against the Tour for what he dubbed “reckless administration and implementation of its anti-doping program.”

In a Sports Illustrated article earlier in 2013 Singh admitted to using a product that included deer-antler spray, which contained IGF-1 that was on the Tour’s list of banned substances. Singh was suspended for 90 days but that was lifted when the World Anti-Doping Agency informed the circuit the use of deer-antler spray was not a violation if there was no positive test. Singh never failed a drug test.

When asked about the lawsuit, which is still pending, Singh declined to comment.