Despite WGC win, Lowry not in FedEx Cup playoffs 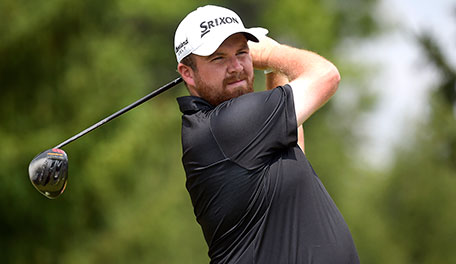 AKRON, Ohio – Thanks to his breakthrough victory at the WGC-Bridgestone Invitational, Shane Lowry has a PGA Tour card through the 2017-18 season.

What he doesn’t have, though, is a spot in the upcoming FedEx Cup playoffs.

Lowry entered this week as a special temporary member on the PGA Tour, and with a win he automatically became a full-time member for this season. Normally a non-member’s FedEx Cup points are retroactively applied upon a win, a scenario we last saw in 2013 when Jordan Spieth won the John Deere Classic and ultimately advanced to the Tour Championship.

According to PGA Tour guidelines, though, any FedEx Cup points earned in WGC events by non-members do not retroactively apply in that scenario. That means that Lowry does not get credit for the 550 points he would have earned with Sunday’s win, or the points he earned for a T-34 finish at the WGC-Cadillac Match Play Championship in May.

While he does get credit for the 222 points he has earned with his non-WGC results, including a T-7 finish at the Farmers Insurance Open and a T-9 finish at the U.S. Open, that total leaves him around No. 165 on the current points list. That means he would need another good result at either the PGA Championship or potentially the Wyndham Championship to crack the top 125 and qualify for The Barclays.

Regardless of his playoff fate, Lowry plans to play more in the U.S. following his maiden victory.

“I’m going to be in a good position. I’m definitely going to try and play both Tours,” Lowry said. “I’ve achieved a lot of goals so far this year. PGA Tour card, another win, well inside the top 50 in the world. So yeah, I’m just looking forward to the next few months.”