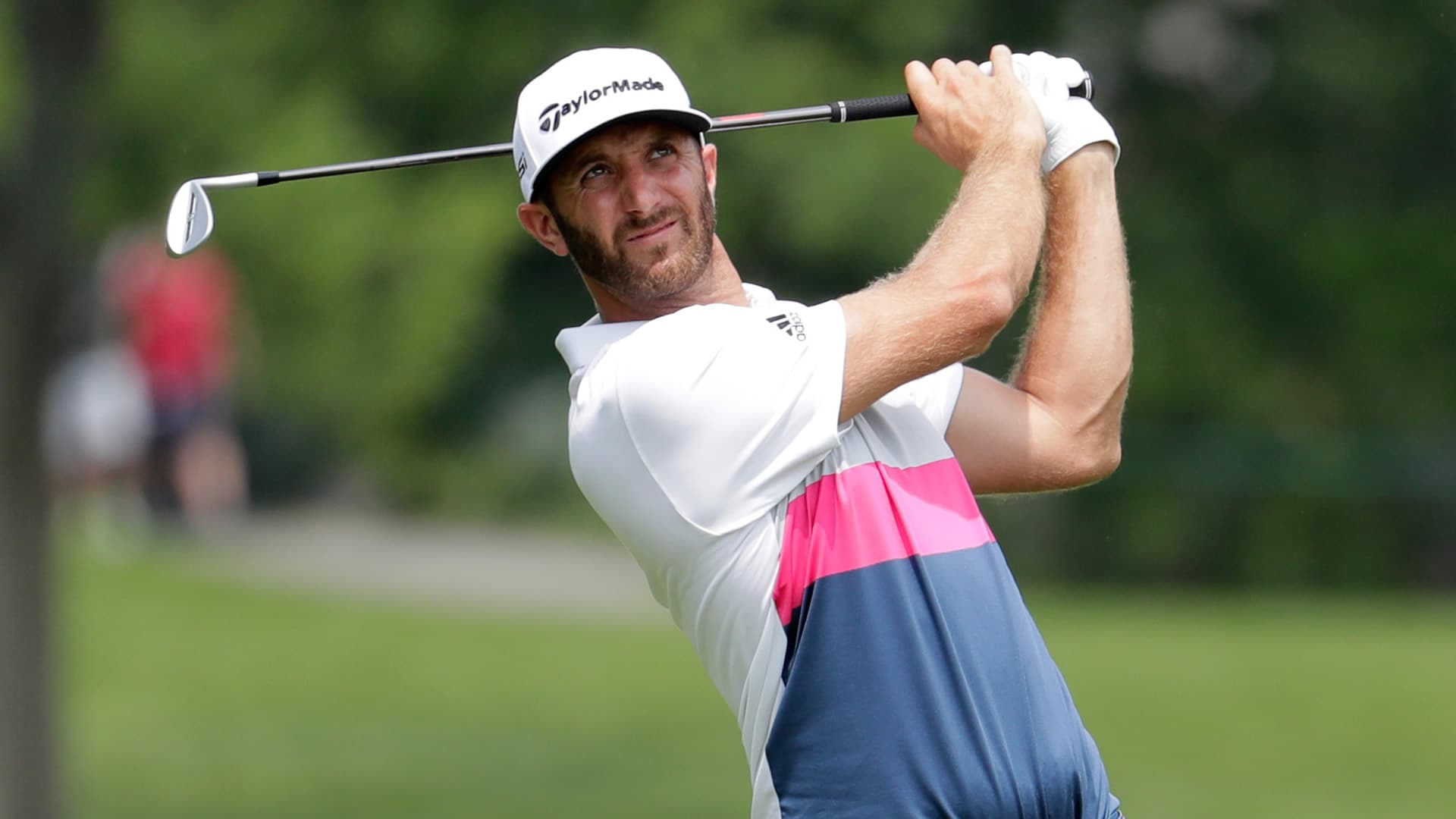 DUBLIN, Ohio - Dustin Johnson sauntered into the press center Thursday at the Memorial Tournament and was asked to assess his 8-under 64.

“It was pretty good,” he said with a big smile.

With an early tee time and soft greens from overnight rain, Johnson came out firing. He birdied the first three holes, added three more on Nos. 7-9, and then made four straight on Nos. 12-15 to reach 9 under before a bogey on the par-4 17th, only his second of the day, left Johnson with the early lead at 8 under. It was his lowest score in 31 rounds at Muirfield Village.

Johnson has been waiting for his putter to heat up. He’s already recorded six top-10 finishes this season, but he has yet to take home a trophy.

“With me, it has everything to do with the putter,” he said after taking 25 putts in Round 1. “I rolled it well today, and you know, even throughout the year, the days I putt well, I play well. I've been working pretty hard on the putter, and I felt like it's finally starting to pay off.”

Johnson tries to keep an incredibly complicated game as simple as possible. So when asked if his putting issues are more mental or technical, he didn’t dwell on the question too long.

What he does know is he’s off to a great start in a big tournament with the U.S. Open on the horizon.