DJ feels like his game is coming back after injury 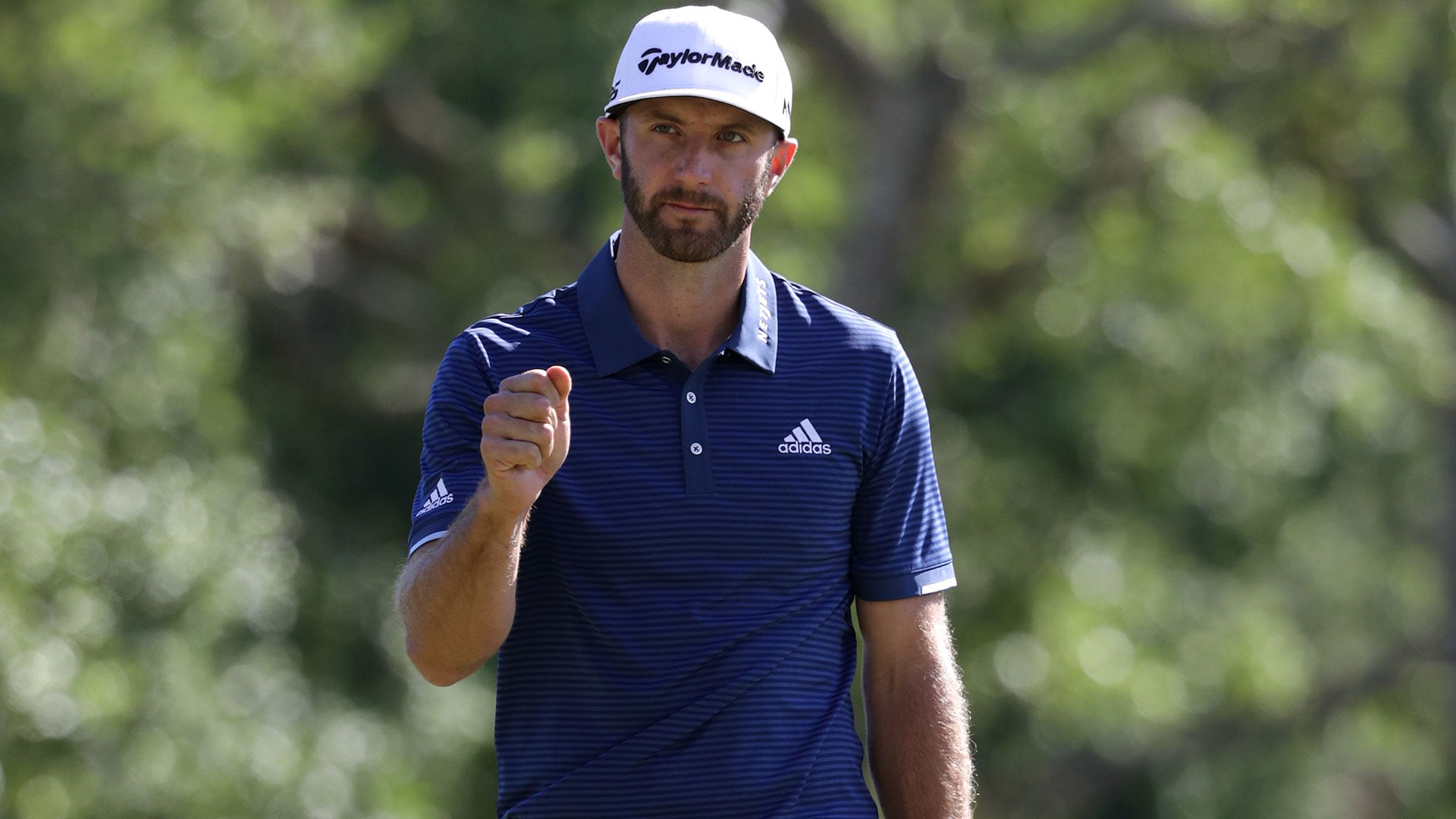 IRVING, Texas – Dustin Johnson has two tournaments under his belt since he returned from a back injury, but in both starts – a T-2 at the Wells Fargo and a T-12 last week at The Players – Johnson felt his game wasn’t sharp due to a month on the DL.

Now, after his best showing at TPC Sawgrass and some more work on the range, Johnson senses his game is back to the level he was at before he slipped on the stairs of his rental home at the Masters.

“I feel like I had a pretty good day today,” Johnson said Wednesday after the pro-am at the AT&T Byron Nelson. “I'm starting to hit the ball a little better than I have the last couple of weeks. That's definitely a positive.”

He took over the No. 1 ranking in February after his win at Riviera, but DJ has really been golf’s alpha male since his dominating win at the U.S. Open last June. He’s added five more titles since then, including three in a row this year.

And since last year’s Nelson, where he finished T-12, Johnson has compiled a staggering record of consistency. He has finished outside the top 10 only five times in 22 events since his last trip to the TPC Four Seasons – MC at the PGA Championship, T-18 at the Barclays, T-35 WGC-HSBC Champions, MC Farmers Insurance Open and T-12 at The Players.

“It's why I play and why I practice and why I work so hard at the sport, it's to be at the top,” Johnson said. “Finally getting there and being here for a while now, for me it drives me to work harder and try to get better each and every day.”

Johnson also said there have been no lingering effects from his back injury.

“Back is a hundred percent good,” he said. “It has been the last two weeks.”