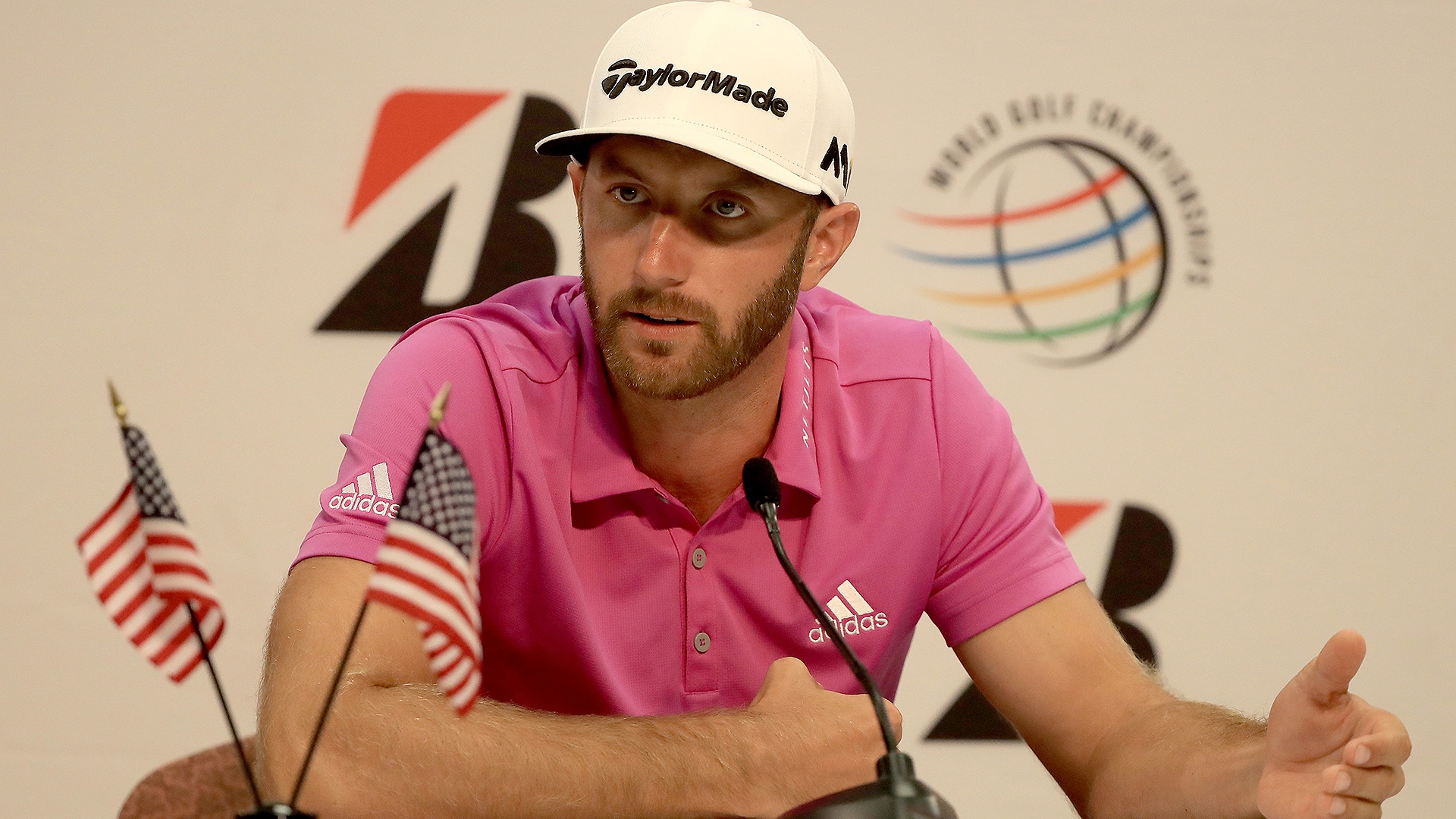 AKRON, Ohio – Two weeks after his actions led every golf fan to consult their closest rule book, Dustin Johnson insists that the penalty he received at the U.S. Open was incorrectly assessed.

Johnson received a one-shot penalty under Rule 18-2 because USGA officials deemed that he had caused his ball to move on the fifth green during the final round. Speaking Wednesday at the WGC-Bridgestone Invitational, Johnson again professed his innocence but noted that his stance was largely softened by the fact that he won the tournament regardless of the rules committee’s decision.

“I was arguing with them because I still don’t believe that I did anything to make the golf ball move,” Johnson said. “But at that point I was ready to sign my scorecard and get my trophy, so I just said, ‘Give me the penalty, let’s go.’”

The penalty was just half of the controversy, as officials only informed Johnson of a possible penalty when they consulted with him on the 12th tee and didn’t actually assess it until after the round. The subsequent uncertainty led to a social media firestorm among PGA Tour players that lasted for days.

Earlier this week Jordan Spieth indicated that he would have “pitched a fit” if in Johnson’s shoes, adding that he would have halted his final round until the penalty was definitively resolved. That option, though, is one that Johnson said he never considered in the heat of the moment.

“At that point, I mean, to me it didn’t matter either way,” he said. “I was playing golf, and I didn’t want to be bothered by it at the moment, so I said we’d figure it out when I got done.”

Thankfully for both Johnson and the USGA, the penalty fiasco became a footnote to the tournament rather than the deciding factor in who received the trophy. Runner-up Shane Lowry believes that Johnson may not have received the penalty had it had determined the outcome, and it’s a theory that Johnson seemed to support.