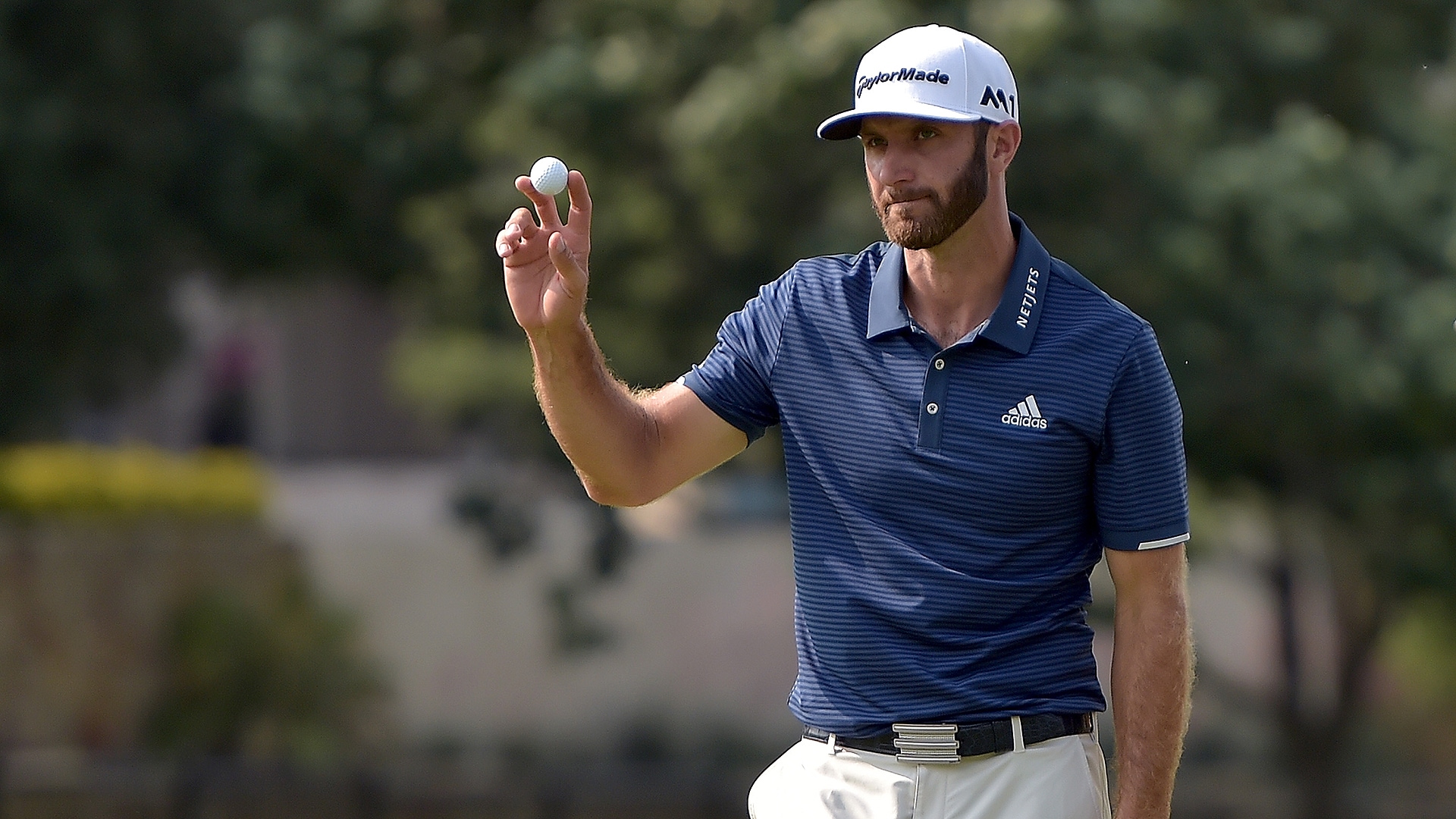 IRVING, Texas – World No. 1 Dustin Johnson has opened every tournament this year with a round of par or better, and he continued that streak Thursday with a 3-under 68 at the AT&T Byron Nelson.

“Just a really tough day,” Johnson said after recording his 13th straight round of par or better in this event. “I felt like I hit a lot of good shots and ended up in really bad spots due to the wind conditions … made it tough to judge the distance, made it tough putting, made it tough all around.”

“I got up and down from some tough spots a few times and kind of kept my round going and ended up shooting a nice score,” he said.

Johnson is coming off a T-2 at the Wells Fargo and a T-12 at The Players Championship. He won three times earlier this year before he slipped on the stairs at his rental house at the Masters and injured his back. Johnson needed a month to recover, but he said earlier this week his game is returning to form after the layoff.

Johnson is seeking his seventh win in his last 21 worldwide starts, and he hopes to have calmer conditions when he tees off Friday at 8:40 a.m. ET.