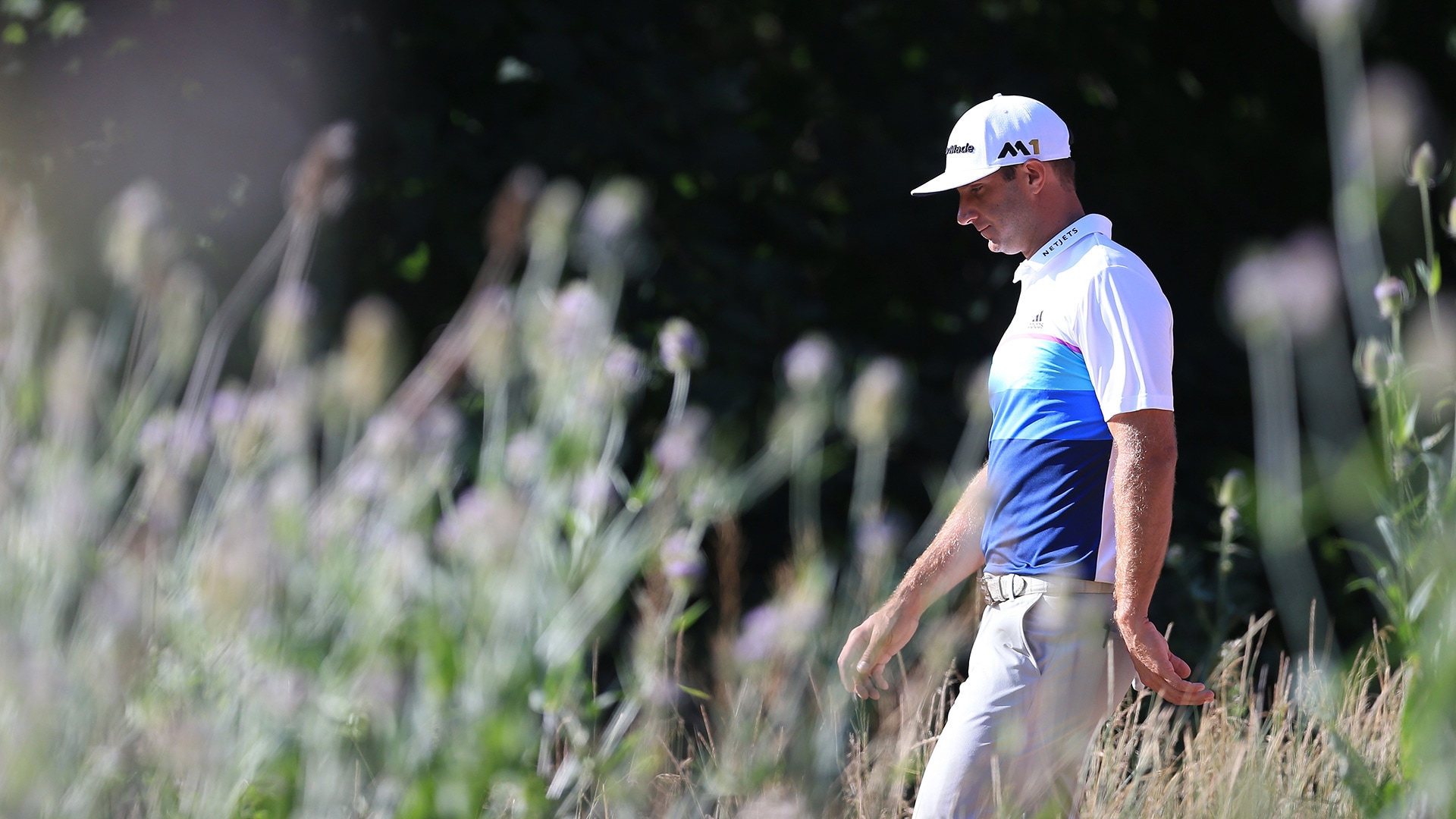 Dustin Johnson’s final tally appeared routine, but his scorecard revealed the madness within.

Johnson started the second round of the RBC Canadian Open, par-bogey-double bogey-bogey, to drop from a share of the lead to outside the top 20.

He then started playing like a U.S. Open champion.

Johnson, who began on the 10th hole, made six birdies in a nine-hole stretch, beginning at the par-5 16th. He dropped a shot at the par-4 eighth and finished with a 1-under 71.

"I really don't know what happened the first four holes. Just got off to a bad start. Hit it in a couple awkward spots. Made some bad bogeys," Johnson said. "But fought back and turned it around and felt like I played really nicely from 14 on in."

Johnson is at 7 under par for the tournament, the lowest total among the late-early groups at Glen Abbey in Oakville, Ontario.

Johnson is looking for his third win in his last four starts. He has finished outside the top 10 only twice since March’s WGC-Cadillac Championship.

"Obviously, I'd like to play a little better today. I feel like I played better than that," he said. "But, yeah, I'm happy with my position, and I'm looking forward to getting out here tomorrow."