D. Johnson returns from injury with 2-under 70 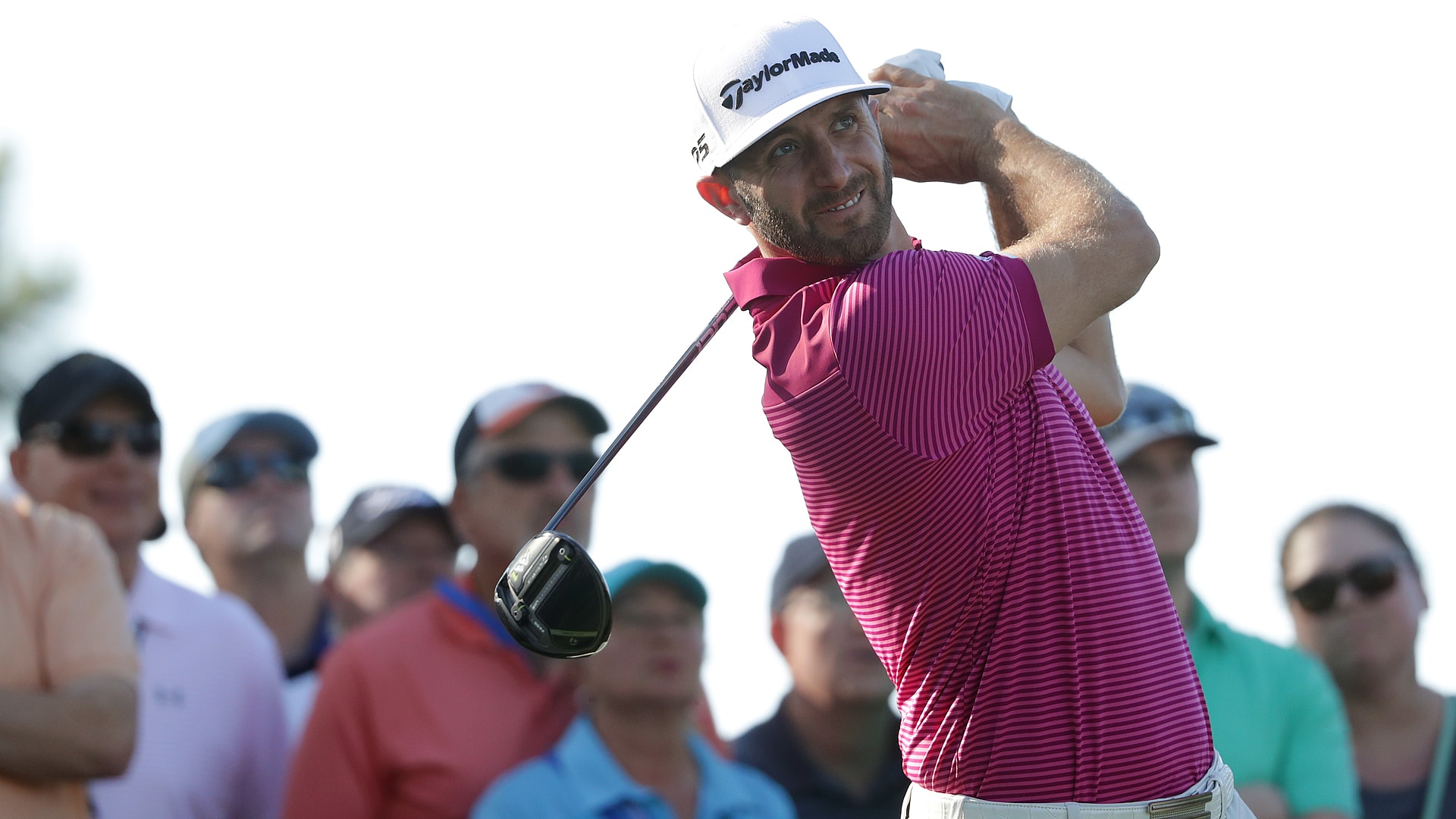 WILMINGTON, N.C. – For 10 holes, it was as if time had stood still. Dustin Johnson was 3 under par at the turn at the Wells Fargo Championship, and for a portion of the morning he was atop the leaderboard.

But then he missed his first green of the day on his 11th hole (No. 2) and made bogey. And from there, he traded one more birdie with a closing bogey for a 2-under 70 that left him four strokes off the early.

Still, for a player who hasn’t played a PGA Tour event since March and spent the last three weeks recovering from a lower back injury, it was an encouraging start.

“As far as physically, no issues. That's a good thing,” said Johnson, who was tied for seventh place when he completed his early round. “I just need to get some rounds in, get some more reps, but I feel like the golf swing's in good shape. If I hit it like I did today the next few days, then I'll be right there on Sunday.”

Johnson, who won three consecutive starts prior to his withdraw from the Masters, was solid tee to green, hitting 8 of 14 fairways and 16 of 18 greens in regulation. If there was any rust, it was with his putter.

“I didn't score that great, didn't really hole that many putts, but other than that, yeah, I played really well,” said Johnson, who needed 32 putts on Day 1. “It was more putting, I felt like I hit good putts, just nothing was going in. All in all I'm very pleased with the day.”