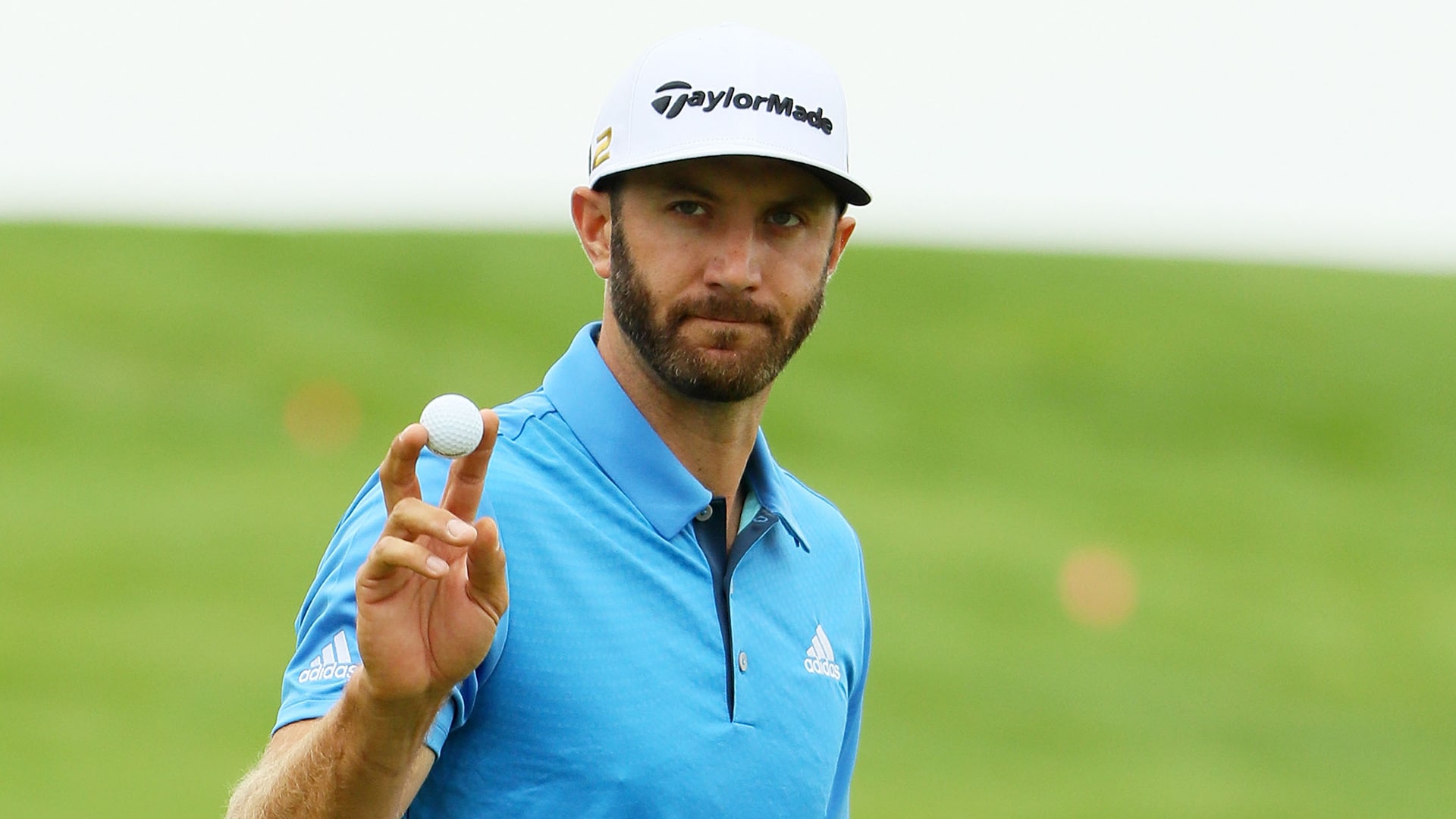 OAKMONT, Pa. – For all of Dustin Johnson’s accomplishments on a marathon day at the U.S. Open – a resume that included 27 consecutive holes without a bogey – it was his ability to avoid an untimely meltdown that impressed the most.

Johnson, who opened his week at the weather-delayed U.S. Open with a 67, was cruising through his second round in the afternoon when he found himself out of position on the first hole (he started his round on No. 10).

He bogeyed the first, missed the green at the second hole and faced an 8-footer for par to maintain his momentum. He made the putt, and six holes later, after coming up well short of the par-3 eighth green, he converted another crucial par save from 4 feet.

“Those are definitely big saves. I made bogey on [No.] 1, and then to get that save on 2 was definitely big,” said Johnson, who finished his 36-hole day tied for the lead at 4 under par. “I know I'm hitting it well so I didn't let it bother me.”

Johnson took a share of the lead with a birdie at No. 6 and finished with a 1-under 69. His calm demeanor comes on the heels of last year’s U.S. Open, where he three-putted the 72nd hole to lose to Jordan Spieth by a stroke.

But even those ghosts didn’t seem to bother him. When asked if the 2015 U.S. Open was something he thought about Johnson grinned, “What happened last year?”