DJ, Stenson both intend to lay up on new 12th 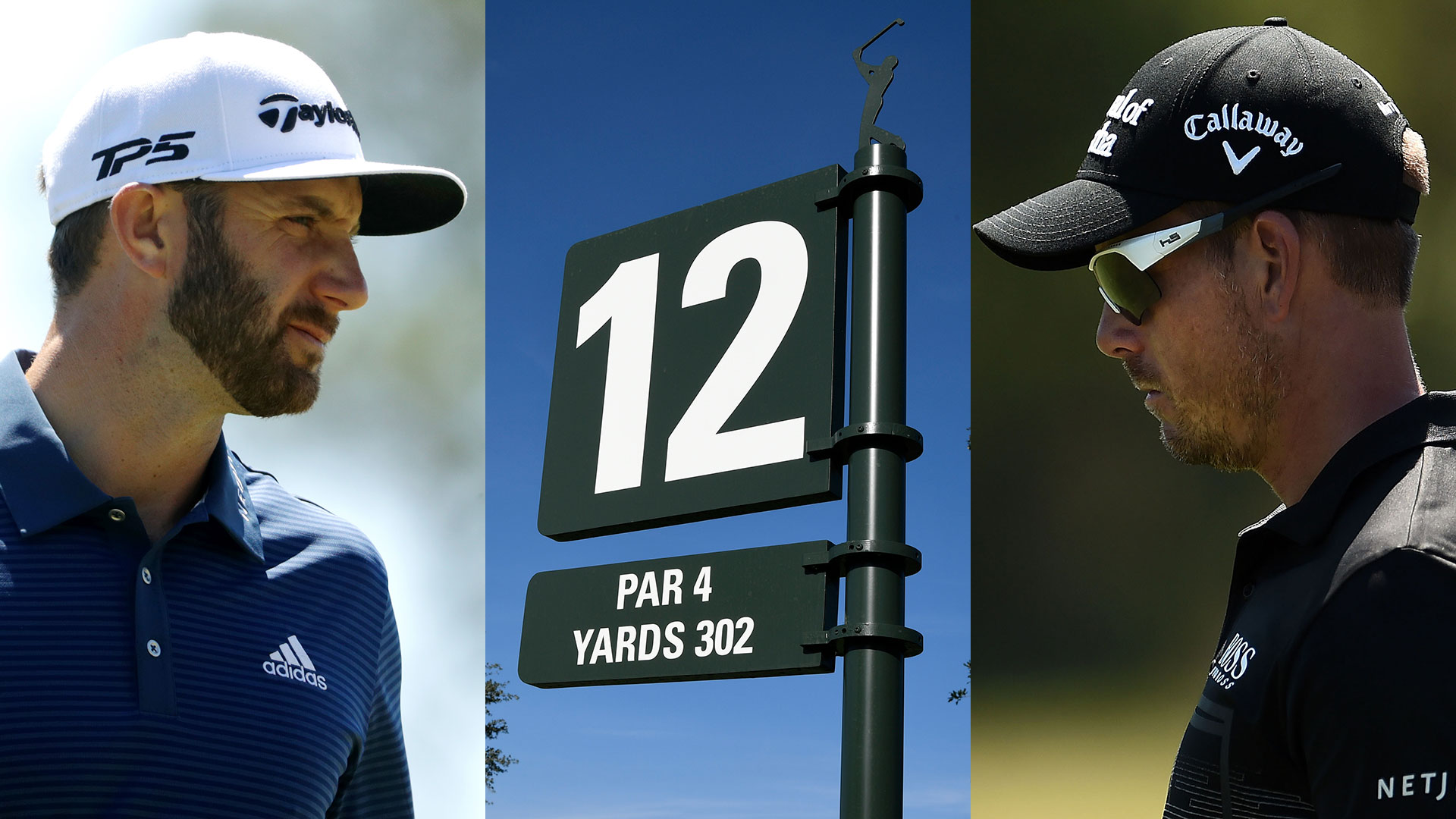 PONTE VEDRA BEACH, Fla. – The newly updated 12th hole on the Stadium Course at TPC Sawgrass has been described as a drivable par-4 that should tempt many players in the field to take on some risk off the tee.

But don’t be surprised if world No. 1 Dustin Johnson opts for an iron.

Johnson leads the PGA Tour in driving distance this season and has three wins and a runner-up in his last four starts. While the 12th is listed at 302 yards on the scorecard, water guarding the left side of the green has Johnson planning to lay back off the tee.

“It kind of all depends on the wind direction and how I’m feeling, but most likely I’ll just lay up and wedge it,” Johnson said Wednesday.

That sentiment was echoed by reigning Open champ Henrik Stenson, who won The Players Championship in 2009 and views the new No. 12 as a 4-iron off the tee and a sand wedge into the green.

“I’m not sure if the balance is 100 percent in terms of the risk and reward,” Stenson said. “That’s why I’m kind of holding back a little bit. I’m just going to try and find that part out, I think. It seems like you can hit a pretty good shot down the center of the fairway and it could end up in the water on the left-hand side, and if that’s the case, I’m not sure it’s worth it.”