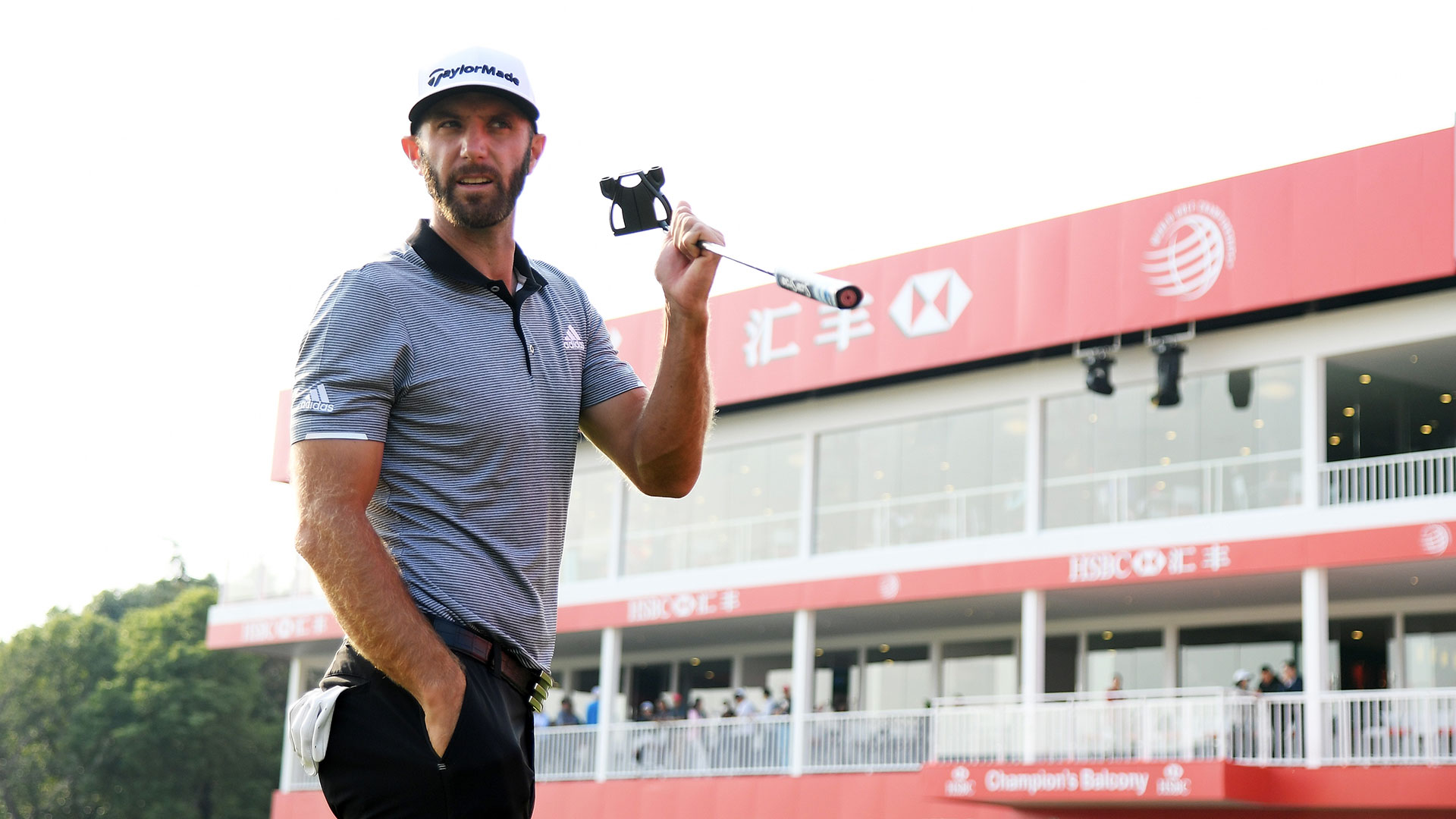 It was a familiar dominance for Dustin Johnson on Friday at the WGC-HSBC Champions, with one new addition.

About 15 minutes before he teed off for Round 2 in China, the world No. 1 put a new putter in his bag and the results were impressive. Johnson closed his round with four consecutive birdies, including a 5-footer at the last, for a second-round 63 and a one-stroke lead.

“I really wasn’t pleased with the putter I used yesterday, so the guys here in China made me one right before I walked to the tee,” said Johnson, who won this event in 2013. “I holed a lot of putts today so I kind of like it.”

Johnson switched to a TaylorMade Spider putter for Round 2, which is similar to the model he normally uses but it has a different insert. He said he received the putter as he left the range and after testing it on the putting green decided to put it in play.

Johnson leads Brooks Koepka by a stroke and the duo will be paired together for Saturday’s third round. Both players live in South Florida and are close friends, but the Day 3 showdown between the two is still unique.

“You know, it's funny, we don't really play much golf at home together,” Johnson said. “We go to the gym and we hang out but we don't go to the golf course together. I think we played last Saturday; that was the first time we played in, I couldn't tell you how long. All year, probably.”

Koepka, who held the first-round lead following a 64, said last week’s recreational round in South Florida was the first time he can remember the two playing golf together when they are not at a tournament, and added that their friendship only fuels the duo’s rivalry.

“We both have a lot of fun off the golf course, but you know, when it comes to golf, I think we both want to kick each other's butts. There's no mercy out there,” said Koepka, who has been paired with Johnson eight times on Tour. “I don't think anybody wants to go home a loser. When they tee it up, everybody wants to win.”