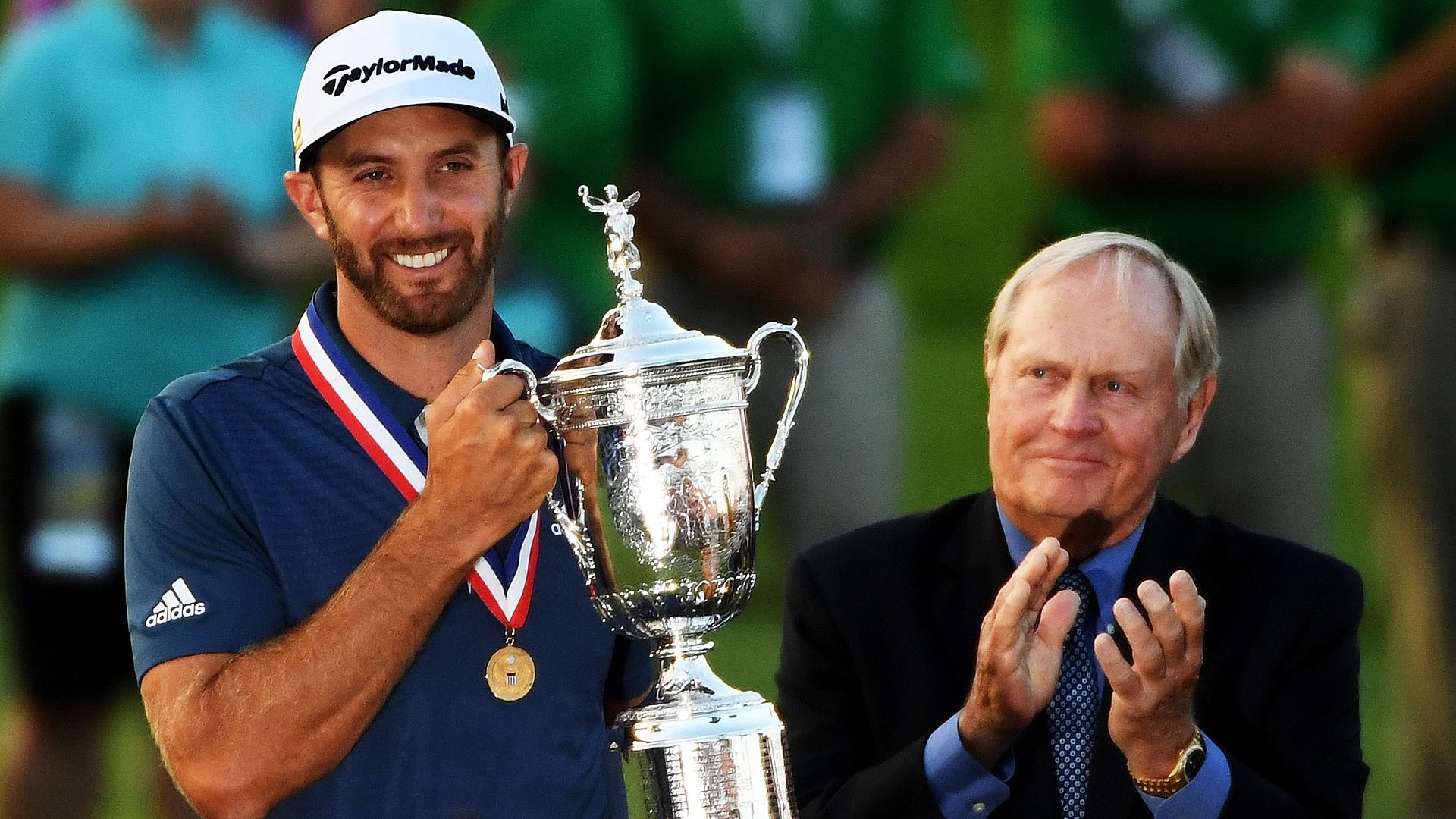 Dustin Johnson won the 116th U.S. Open, but it wasn’t without drama. Johnson was told on the 12th tee that he might incur a one-stroke penalty at the end of his round, in relation to his ball moving on the fifth green. Johnson made the possibility of a deduction null and void, winning by three shots.

What it means: So many things. It means Dustin Johnson is, finally, a major champion. It means people can ask him about winning this U.S. Open and not losing last year’s. It means people have to respect his ability to overcome adversity. And it means that this could be the first of a few more major victories.

Round of the day: Johnson’s 1-under 69. Not only did DJ shoot an under-par round on Sunday at Oakmont, but he did so with the knowledge – for seven holes – that the USGA could dock him a shot upon conclusion. Johnson’s ball moved on the fifth green as he was about to address his ball. It was deemed that he did not cause the ball to move, but a USGA official approached him at No. 12 and said the situation would be reviewed at the end of the round. Officials did assess a penalty, but, fortunately for all involved, it did not cost Johnson his first major.

Best of the rest: Furyk’s 4-under 66 was the low round of the day and vaulted him into a tie for second. Had he not bogeyed the final hole, Furyk might have put some extra pressure on Johnson. But, nonetheless, it was an impressive performance from the Pennsylvania native, who was also T-2 in 2007 at Oakmont.

Biggest disappointment: As always, there are lots to choose from in the final round of a U.S. Open. Lowry started the day with a four-shot lead and shot 6-over 76. Andrew Landry, playing in the final group, held firm for 54 holes before closing in 78. But the award (?) goes to Lee Westwood. He was five back to start the day, in a bid to claim his first major title. He then proceeded to turn in 8-over 43 on his way to a 10-over 80 and a tie for 32nd.

Quote of the day: "I just tried to focus on what I was doing, not worrying about a penalty stroke. Just playing golf from there to the house." - Dustin Johnson