DJ's luck (momentarily) runs out in Rd. 1 of Players 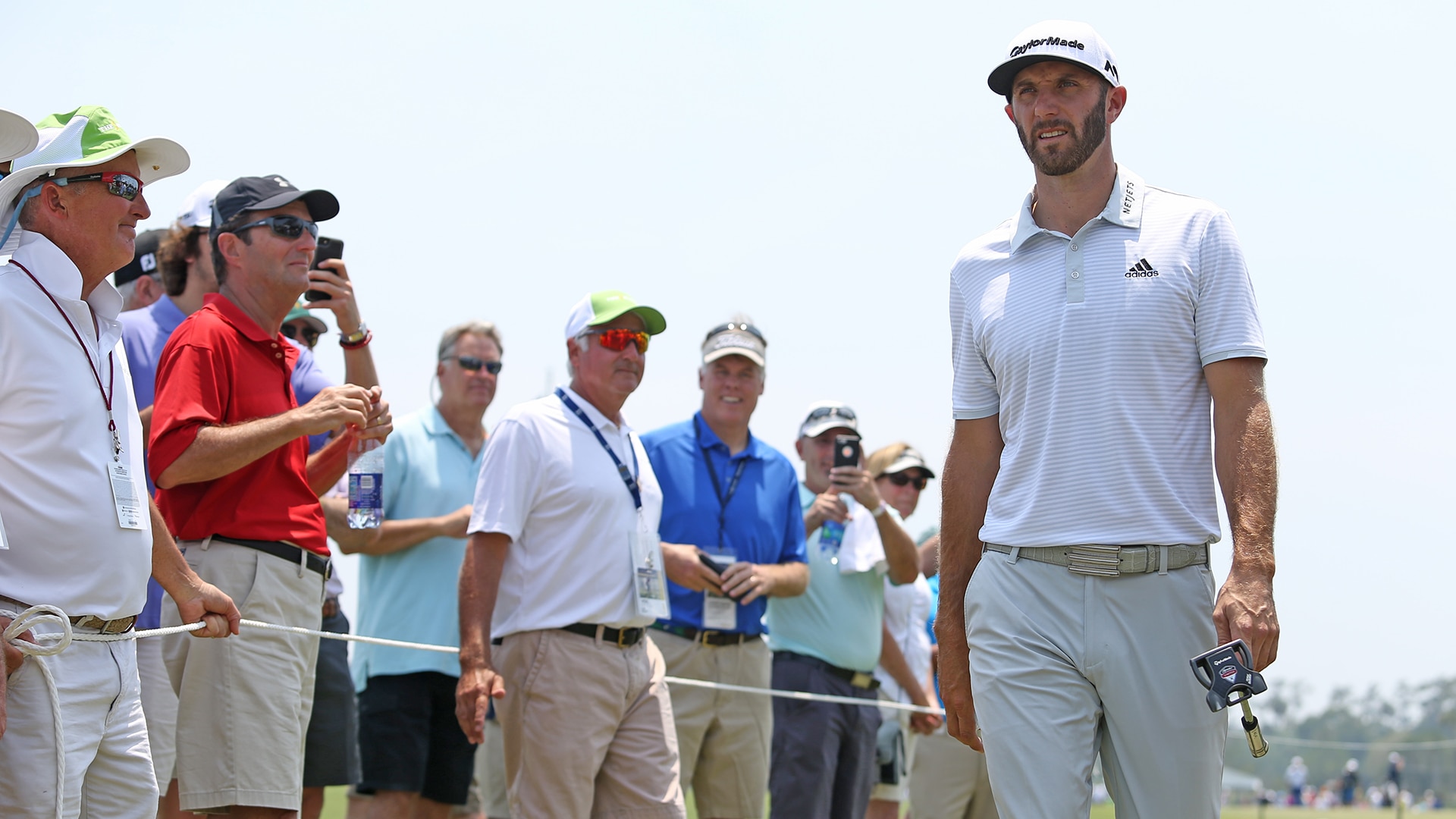 PONTE VEDRA BEACH, Fla. – For basically the last three consecutive months, the ball has bounced in Dustin Johnson’s favor with few if any exceptions. During the opening round of The Players Championship, though, the rub of the green went decidedly in the other direction.

Fresh off a runner-up finish at the Wells Fargo Championship, Johnson bogeyed the opening hole and failed to get much of anything going, shooting a 1-under 71 that left him four shots behind William McGirt and Mackenzie Hughes.

“I mean, my day is kind of summed up on the first hole when I one-hopped it into the flag, it came off the green and I made bogey,” Johnson said. “I hit two perfect shots and I make 5 on No. 1, then hit two good shots on 2 and horseshoed a 4-footer. That’s just kind of how my day went. I could never really get any momentum.”

Johnson had won three straight starts prior to last week’s runner-up, and was in jeopardy of a rare over-par round before an eagle on the par-5 16th. But Johnson nearly won at Eagle Point last week despite making the cut on the number, and he now hopes that the worst is already behind him on the Stadium Course.

“It seems like everybody has one day around here where they struggle a little bit,” Johnson said. “To get it in under par is very good. I’m pleased with it. I just need to go out tomorrow morning obviously and post a good score.”