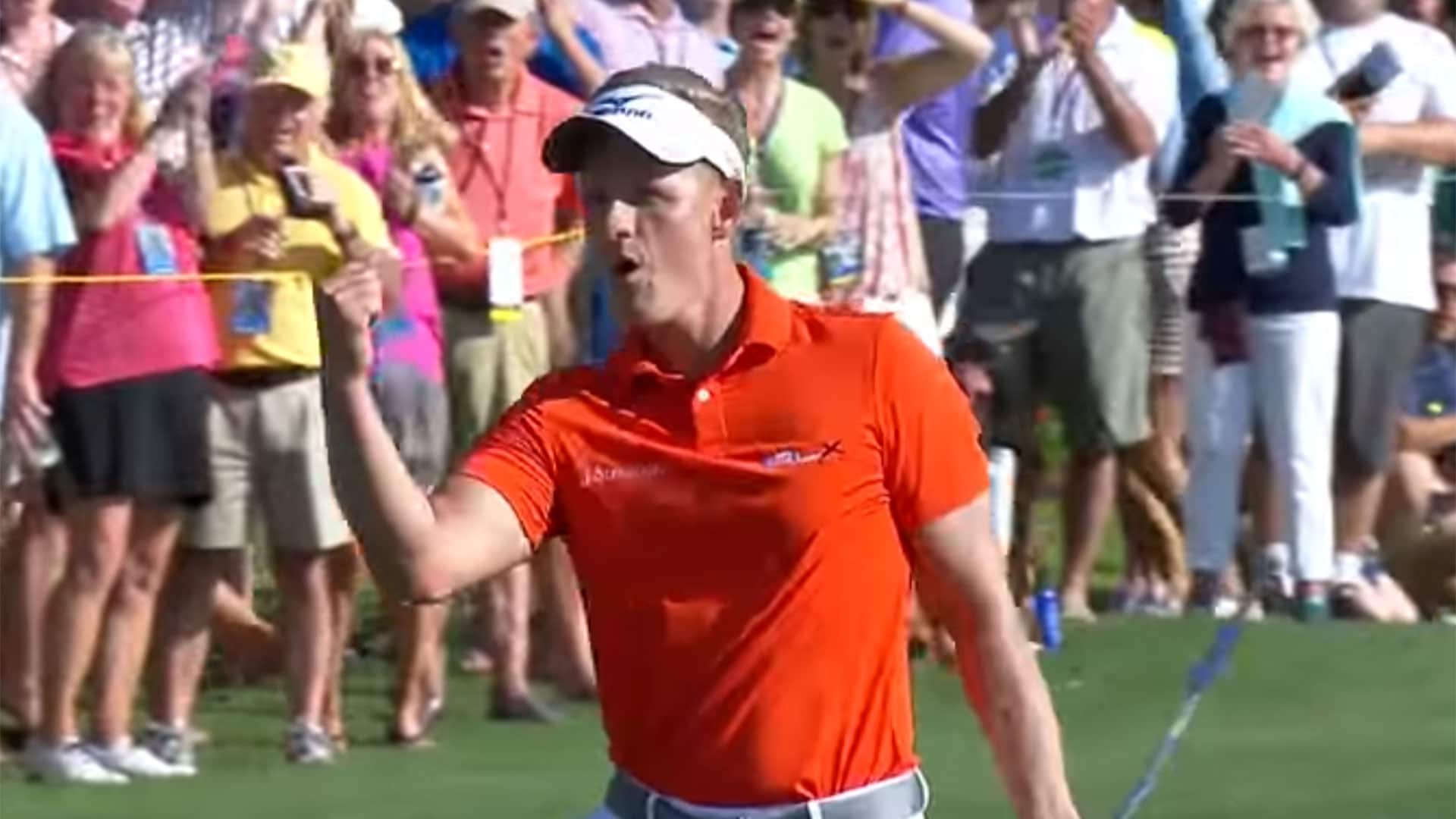 After two days at Harbour Town there are a lot of familiar names on the leaderboard. Here's where things stand heading into the weekend at the RBC Heritage:

What it means: After three front-nine birdies, Donald struggled with his swing the rest of the day, blocking several tee shots to the right on the back nine. For the second straight day he hit only seven of 14 fairways, but he kept himself in contention with his short game. Donald got up and down six out of seven times, including a gorgeous pitch on 18 that skipped forward, checked, then rolled right into the hole for birdie. He tied DeLaet for the lead at 10 under after the Canadian went out Friday morning and posted a 4-under 67 that included a hole-out for eagle on the par-4 ninth.

Round of the day: Kevin Kisner was one of the few players to make a big move in the afternoon wave. The 2015 runner-up made seven birdies and no bogeys to finish at 6 under and move up from 81st to T-10.

Best of the rest: Several players recorded 5-under 66s, including Nick Taylor, Russell Knox and Patrick Cantlay, who all moved into the top 10.

Biggest disappointment: Matthew Fitzpatrick said the RBC Heritage was his favorite event of the year, but unfortunately the Englishman will not be around for the weekend after rounds of 73-72. Other notables missing the cut were Hunter Mahan, Jim Furyk, Vijay Singh, Camilo Villegas, Davis Love III, Charley Hoffman, Ernie Els and Bryson DeChambeau.

Main storyline heading into Saturday: Two Englishmen have a lot on the line this weekend. Donald is seeking his first win since the 2012 Valspar Championship, and Poulter needs to make $145,000 in his next two events to keep his PGA Tour card after he was granted a major medical extension last year because of an arthritic right foot.

Shot of the day: Donald was scrambling all over Harbour Town, but he ended his round with the highlight of the day:

Quote of the day: “I don't care. Life's good. What have I got to moan about? Go and play golf like you want to go and enjoy the game of golf and good things will happen.” - Poulter