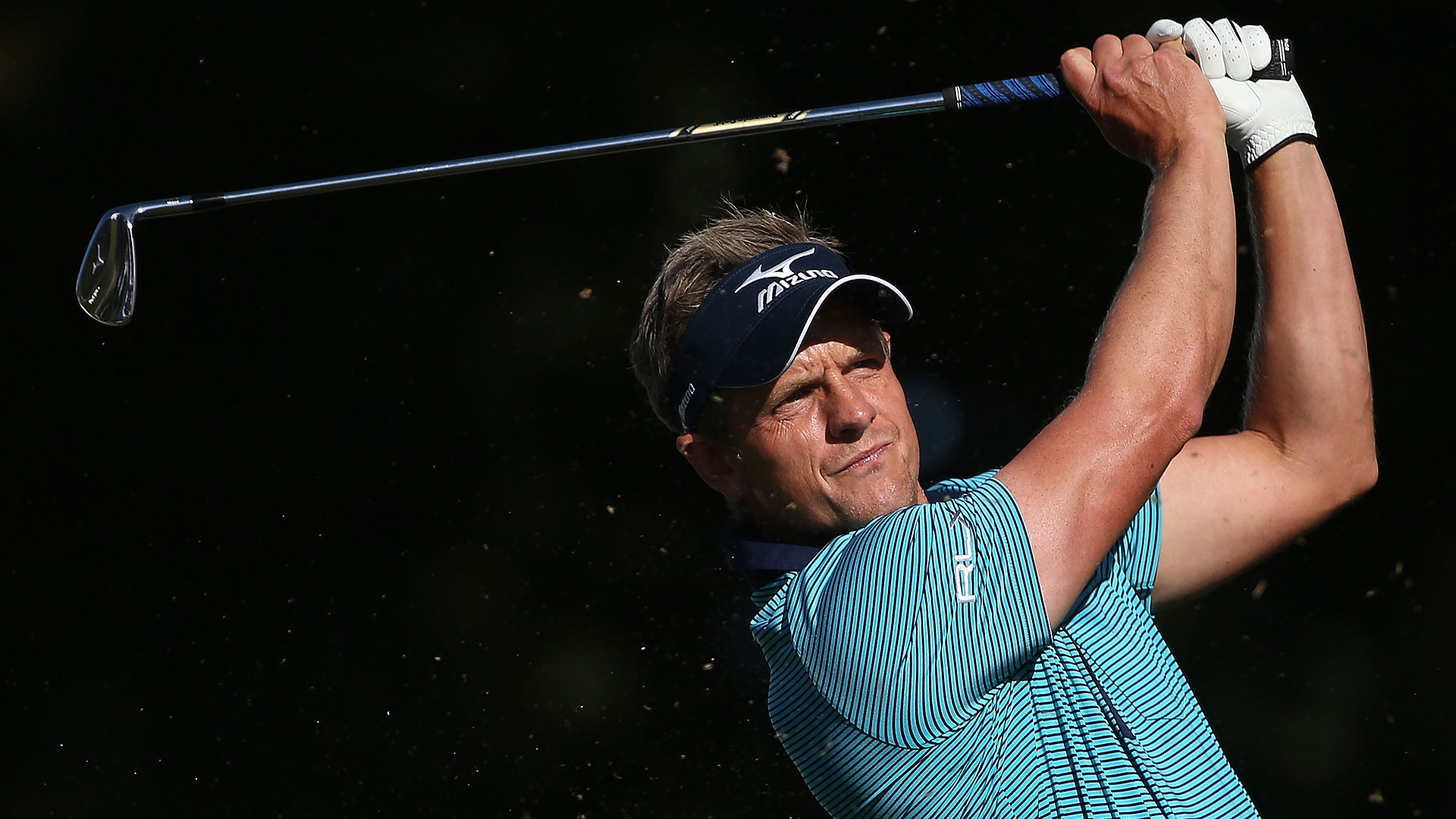 Apparently 36 holes weren't enough for a certain group of players at the U.S. Open sectional qualifier staged in Powell, Ohio.

Former world No. 1 Luke Donald is among six players vying for the final five spots at the qualifier, held near the site of last week's Memorial Tournament. Because of a weather delay earlier in the day, the players will return to Wedgewood Golf & Country Club Tuesday morning at 7:30 a.m. ET to decide the final spots in a sudden-death playoff.

Other participants in the 6-for-5 playoff will be Daniel Summerhays, Patrick Rodgers, Jason Allred, Richard Schembechler and amateur Scottie Scheffler, who just wrapped up his sophomore season at the University of Texas. All six players finished 36 holes at Wedgewood and nearby Kinsale Golf & Fitness Club at 5-under 137.

The qualifier was one of 10 sectionals conducted by the USGA Monday, but it's not the only one that will spill into Tuesday. Tropical Storm Colin halted play at Timuquana Country Club in Jacksonville, Fla., mid-way through the second round. Play will resume at 10 a.m. ET.

There are four spots available at Timuquana, where Joey Garber (8 under through 25 holes) leads. The large group tied for second at 5 under includes University of Florida standout Sam Horsfield and veteran professionals Aron Price and Tim Wilkinson. Others notables still in contention include Daniel Chopra (-3), Vijay Singh (-2), Chase Koepka (Even) and Paul Chaplet (Even).