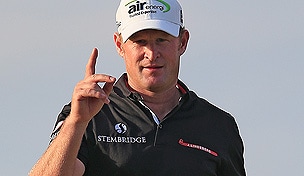 Getty Images
After six top-6 finishes in the Masters over the previous 10 years, in 1996 Greg Norman seemed to be not only trying to win, but to build up such a big lead that no one could come between him and a green jacket. He opened with a course- and major championship-record equaling 63, then followed with 69-71 to take a six-shot lead over Nick Faldo into the final round. But Faldo was no stranger to deficits; he had come from behind in three of his five major championship wins. He did it again against Norman, shooting 67 to the Shark’s painful-to-watch 78. Afterward the two men hugged, with Faldo telling Norman, “Don’t let the bastards [media] beat you down.”  -

After a strong showing at Doral, Jamie Donaldson officially accepted special temporary membership on the PGA Tour Wednesday, availing him to an unlimited number of sponsor exemptions across the balance of the 2013-14 season.

The Welshman tied for second last week at the WGC-Cadillac Championship, earning 378 FedEx Cup points in the process. That total put him past the amount needed to crack the top 150 in points during the 2013 season, which serves as the benchmark for gaining temporary status. While Donaldson will now see an increase in his playing opportunities in the U.S., he won't qualify for the FedEx Cup playoffs unless he wins an event this season.

Donaldson is the second European in recent weeks to parlay a high finish at a WGC event into PGA Tour membership. France's Victor Dubuisson was a runner-up to Jason Day at the WGC-Accenture Match Play Championship last month, and accepted special temporary membership in the wake of his run at Dove Mountain. In total, the PGA Tour now boasts 88 international members hailing from 24 different countries.

Twice a winner on the European Tour, Donaldson rose to No. 27 in the latest world rankings after he was one of just three players to finish the week under par at Doral. The 38-year-old has made four PGA Tour starts this season, including a T-8 at the WGC-HSBC Champions in November. Prior to last week, his best career finish on the PGA Tour was a tie for seventh at the 2012 PGA Championship.

After playing in the U.S. each of the past two weeks, Donaldson is slated to tee it up again next week at Bay Hill for the Arnold Palmer Invitational. 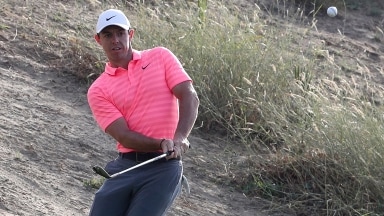 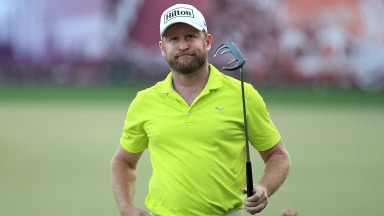