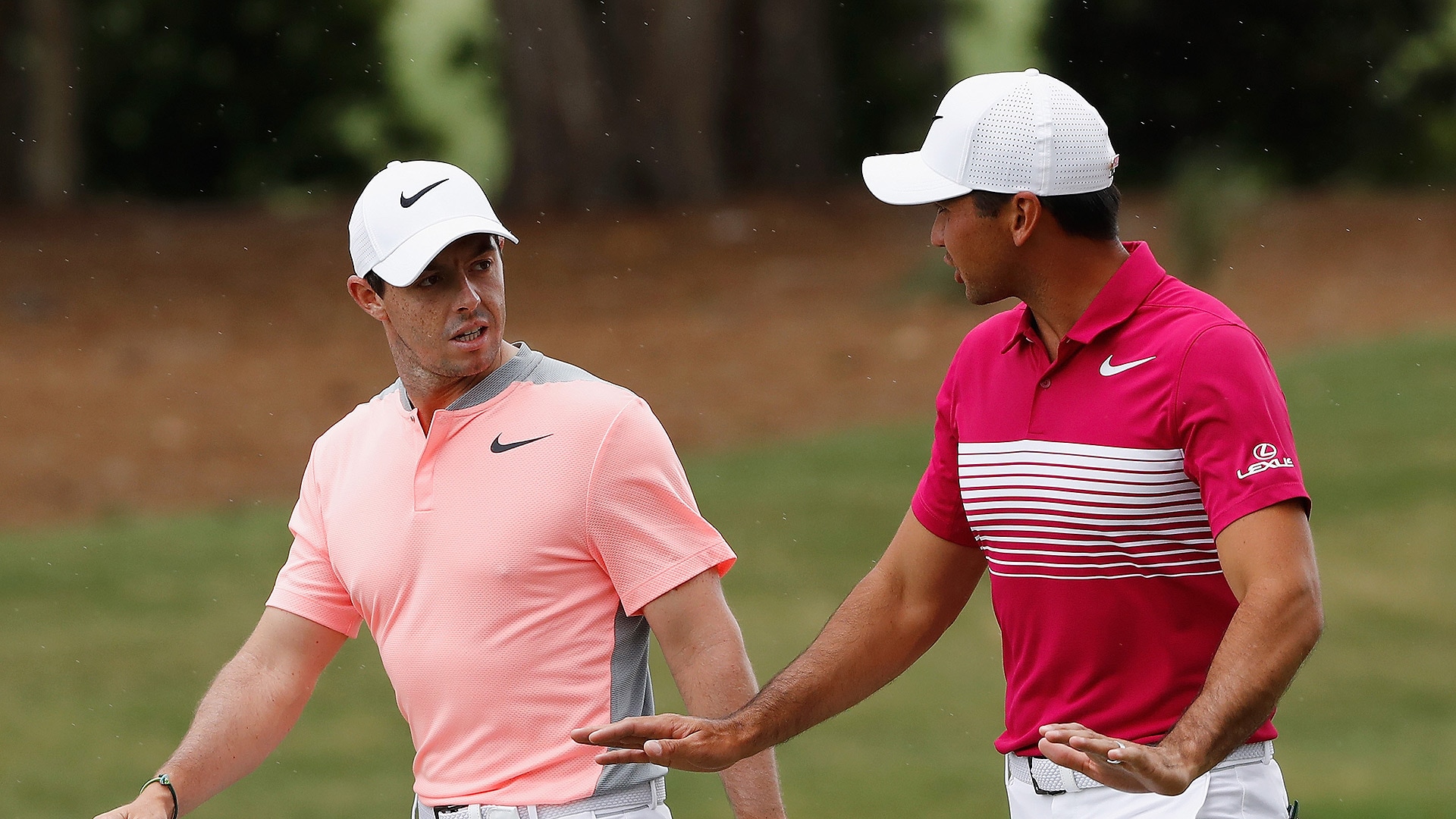 PONTE VEDRA BEACH, Fla. – Rory McIlory and Jason Day heading out on a Sunday in the same group at TPC Sawgrass is a marketing expert’s dream come true.

Unfortunately, the dynamic duo teed off nearly two hours before the leaders at The Players and did nothing to add to the drama on Day 4, finishing with rounds of 80 (Day) and 75 (McIlroy).

World No. 2 McIlroy was tied for 36th when he completed his round with a 2-over total, a dozen shots out of the lead, and No. 3 Day was 60th and at 7 over. There was probably little solace that world No. 1 Dustin Johnson didn’t fare much better after a closing 68 to finish at 2 under.

Day continued the tradition at The Players of no back-to-back winners at TPC Sawgrass and he seemed to become more uncomfortable as the week progressed, with rounds of 70-72-73-80.

McIlroy tempered expectations on Thursday when he revealed he’d re-aggravated the back/rib injury that slowed him earlier this season. Although he said the ailment isn’t as bad as it was in February, he planned to have a magnetic resonance imaging test on Monday in Belfast.

Neither Day nor McIlroy spoke with the media after their rounds.