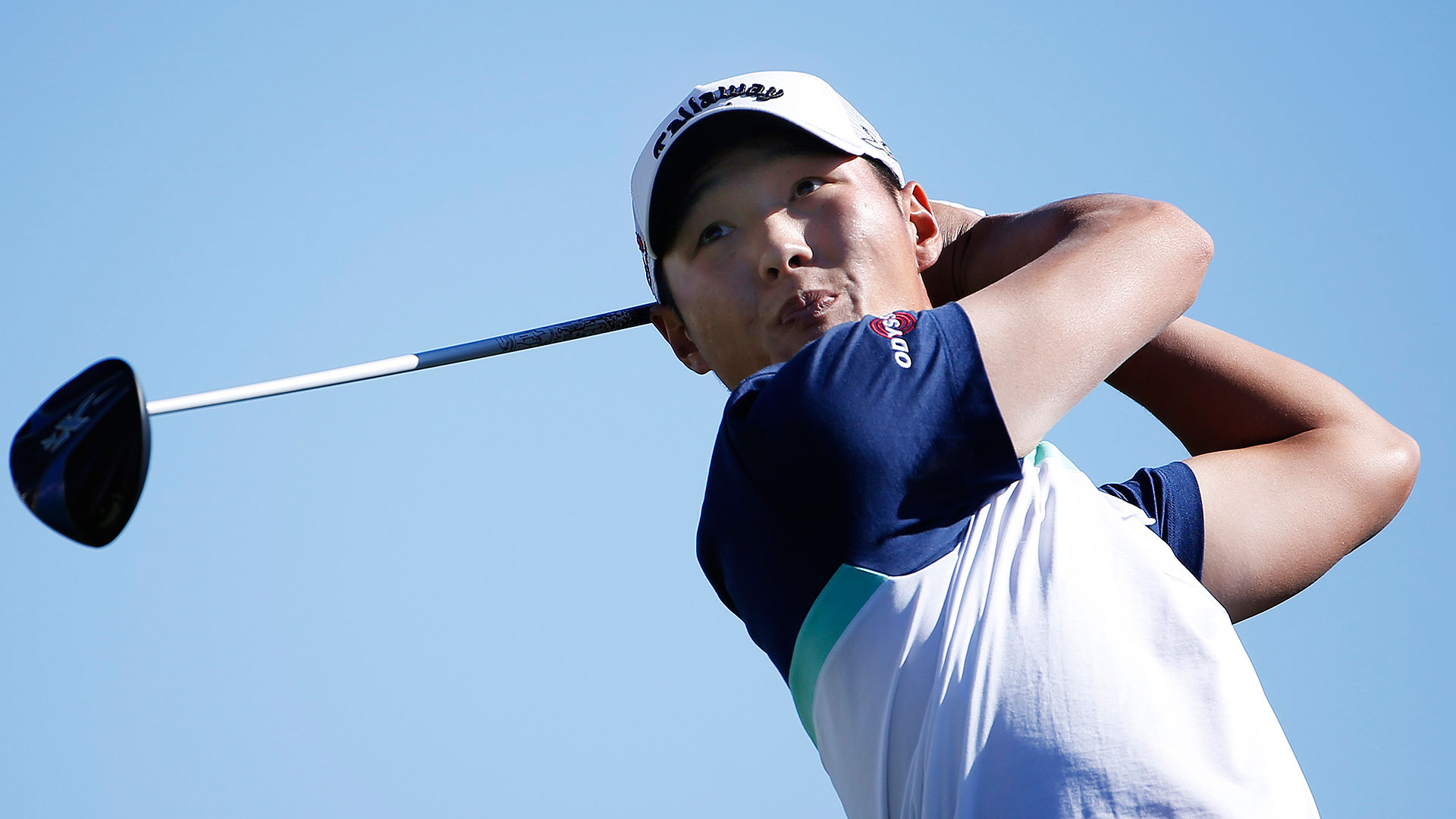 SCOTTSDALE, Ariz. – Before this week, Danny Lee had never made the cut in three appearances at the Waste Management Phoenix Open.

But after a 4-under 67 on Saturday, Lee has a three-shot lead over Rickie Fowler and Hideki Matsuyama and a great chance to win his second PGA Tour event.

"I'm just trying to enjoy myself, and I am," said Lee, who won last year at the Greenbrier Classic. "It's so much fun out there, so many people just cheering for Rickie instead of me, unfortunately [laughter]. But I'm having fun."

Lee took the lead early with birdies on Nos. 2, 3 and 4. He added another one on the par-4 8th to build a two-shot lead at the turn. He only managed two birdies and two bogeys on the back nine, but he was able to finish with a three-shot lead after Fowler played the second nine in 1 over.

Lee said his driver has been the big difference in turning around his recond at TPC Scottsdale.

“I always struggled [with driving] out here before, but seems like this week I have been driving it really nicely, which you need to do out here, and that's the key of my game this week, I think,” he said.

Lee loves the notoriously crazy atmosphere at the Phoenix Open, but he his taking a few extra breaths to calm his nerves.

"Taking slow breaths out there really helps, I think, when you have 100,000 people out here or more," he said.