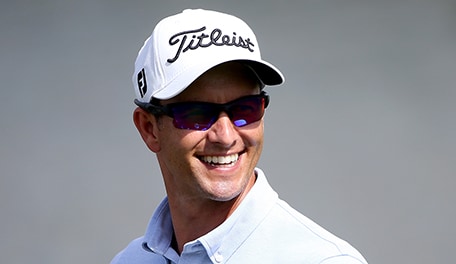 DORAL, Fla. – In his first competitive round with a standard-length, non-anchored putter since before his Masters win two years ago, Adam Scott posted a 2-under 70 at the WGC-Cadillac Championship on Thursday.

More importantly, he did it by wielding a hot flatstick.

Scott needed just 27 putts during the round and holed four between 13 and 18 feet to grab a share of eighth place.

After the round, he seemed to relish in the fact that some observers thought the transition from an anchored putter would be a difficult one.

“Everyone's got a pretty short memory of most things these days,” he said.

The truth is, Scott used a standard-length putter for years and maintained that it felt natural to go back.

“The putting was really good. Not that I'm surprised, but I'm pleased that it was. And you know, hopefully something to work on from here.”