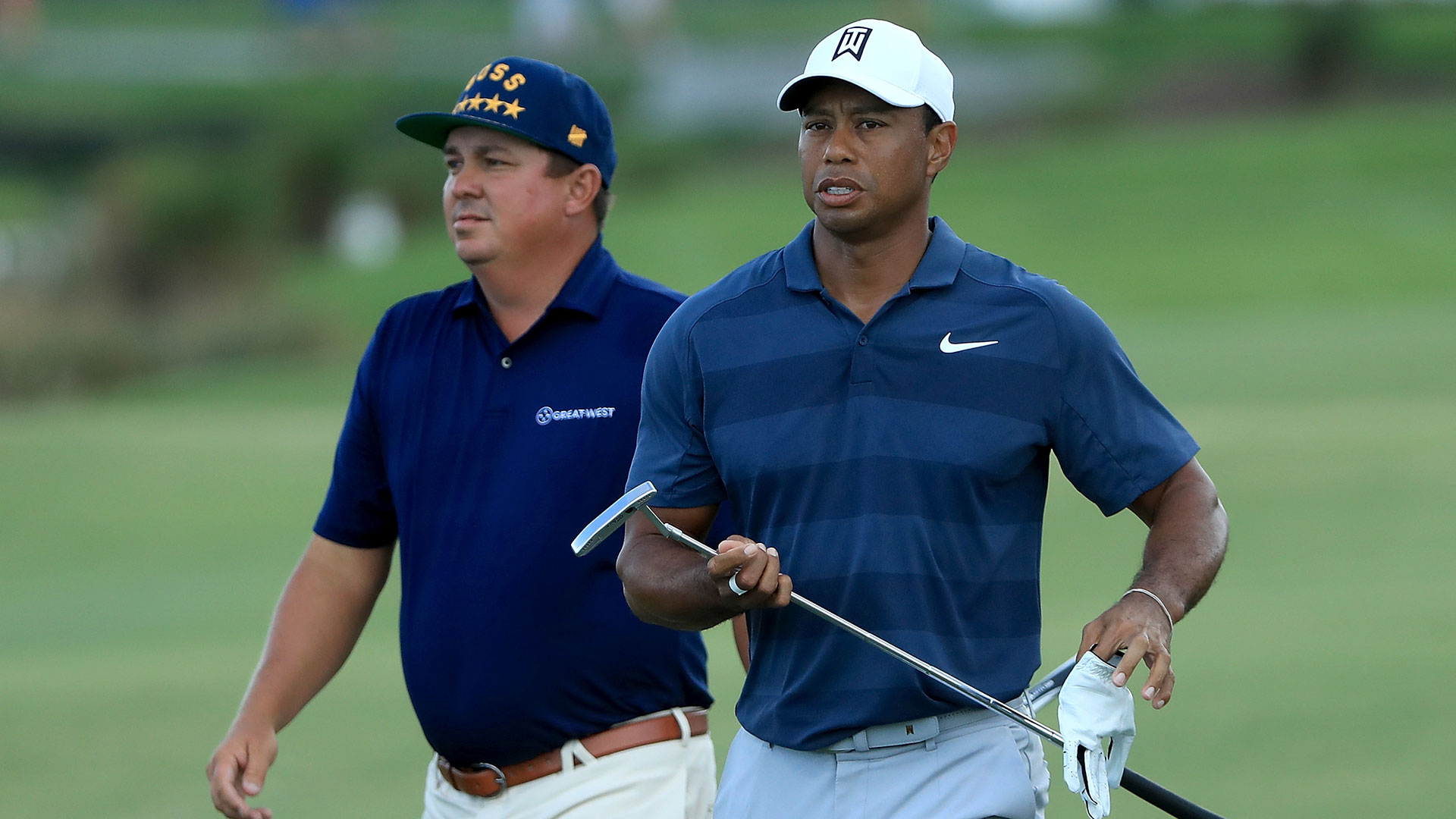 DUBLIN, Ohio – One of four marquee groupings for Rounds 1 and 2 at this week’s Memorial will include Tiger Woods, Justin Rose and Jason Dufner, the tournament’s defending champion.

Dufner said he was first paired with Woods at the 2009 Australian Masters.

“We had the whole golf course following us, which was all 25,000 people, which was pretty interesting,” he said.

All total, the duo have been paired together five times on the PGA Tour, most recently for Round 3 at this year’s Honda Classic, when both players were in contention.

“Obviously I've played with a lot of guys with big crowds, so you just get comfortable with it, you kind of try to figure it out, what works for you,” Dufner said.

The two have also been playing casual rounds together in south Florida in recent months, with Dufner estimating that he played with Woods “a couple of times a week” during the off-season.

“I got to see where he was at and how he was feeling and what he was talking about and how he was moving and those were all good indications,” Dufner said. “I kind of saw the same things a year ago before he attempted the comeback in 2017. But then obviously he had some problems with his health there.”