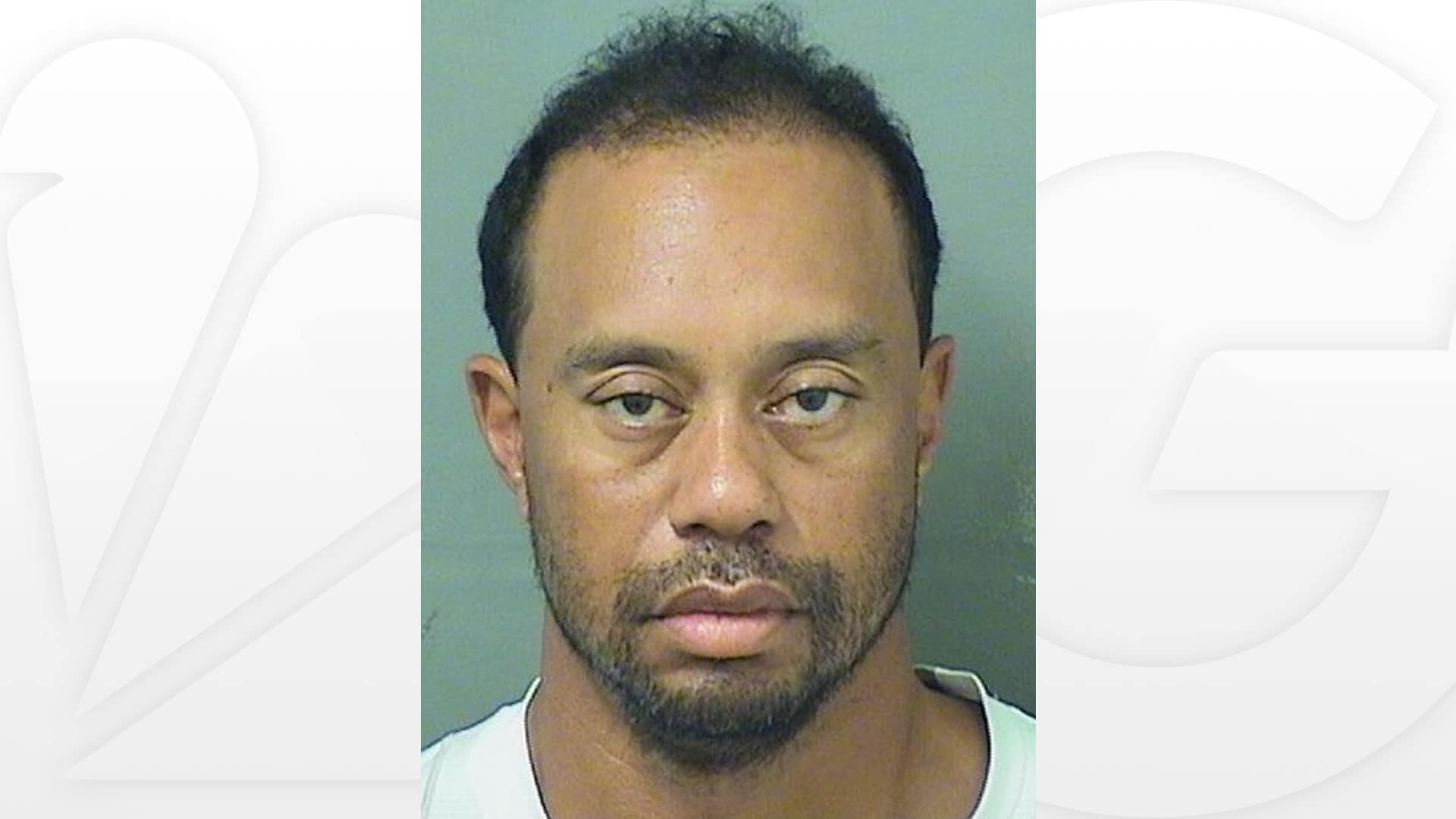 Dash cam footage and audio are expected to be released Wednesday afternoon.

According to a breath alcohol test affidavit Woods took a breathalyzer test and twice blew a 0.000, first at 4:28 a.m. and again at 4:31 a.m. “The subject was observed for at least twenty-minutes prior to the administration of the breath test to ensure that the subject did not take anything orally and did not regurgitate,” the records said.

Officer Palladino observed Woods’ car was stopped in the roadway in the right lane, he was alone in the driver’s seat and had his seatbelt fastened. “It should be noted that Woods was asleep at the wheel and had to be woken up. The vehicle was running and brake lights were illuminated as well as the right blinker flashing.”

Jupiter police spokesperson Kristin Rightler told GolfChannel.com senior writer Rex Hoggard that dashcam video from the incident was available and expected to be released Wednesday, including audio from Woods' arrest.

Woods told the officer that he was taking Solarex, Vicodin, Torix and Vioxx, the last of which the officer added a note indicating "not taken this year."

The warning listed by the FDA for hydrocodone painkillers like Vicodin states "may impair the mental and/or physical abilities required for the performance of potentially hazardous tasks such as driving a car or operating machinery; patients shoould be cautioned accordingly."

Under the walk and turn section, it reads: “Could not maintain starting position. Missed heel to toe each time. Stepped off line several times. Used arms for balance. Did not return. Explained instructions and again did not maintain starting position, stepped of line, used arms for balance, also stopped walking to steady self.”

Here is a look at part of the DUI probable cause affidavit: 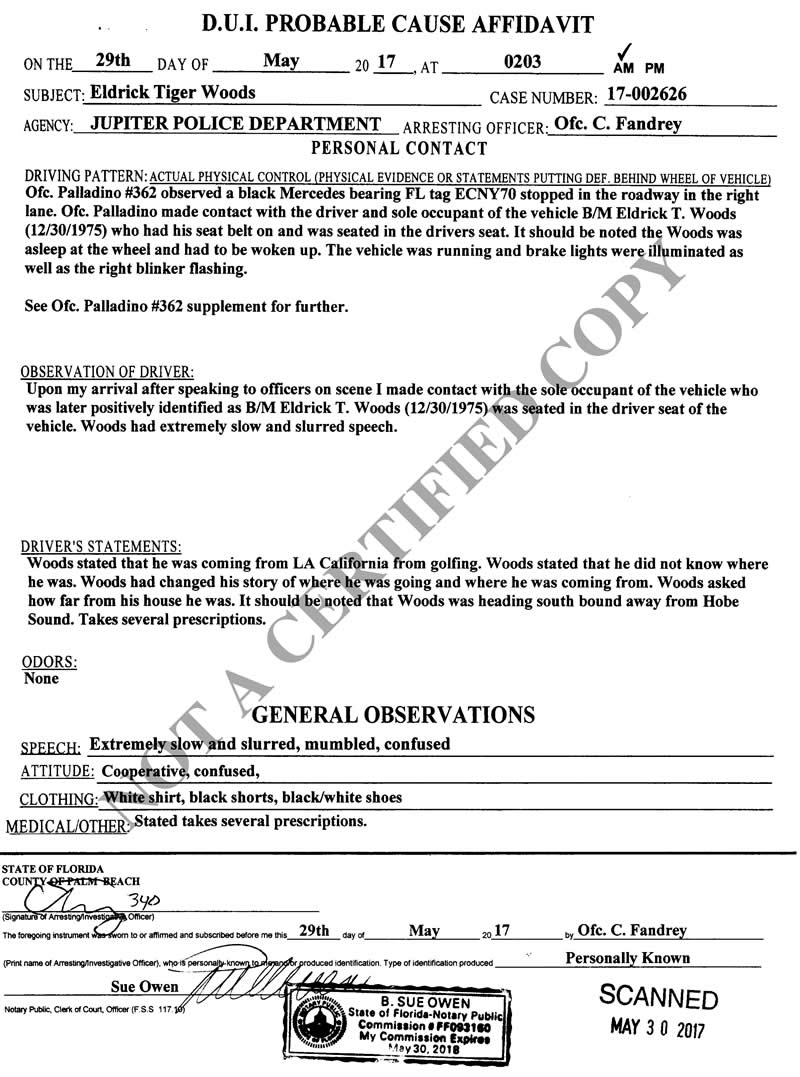 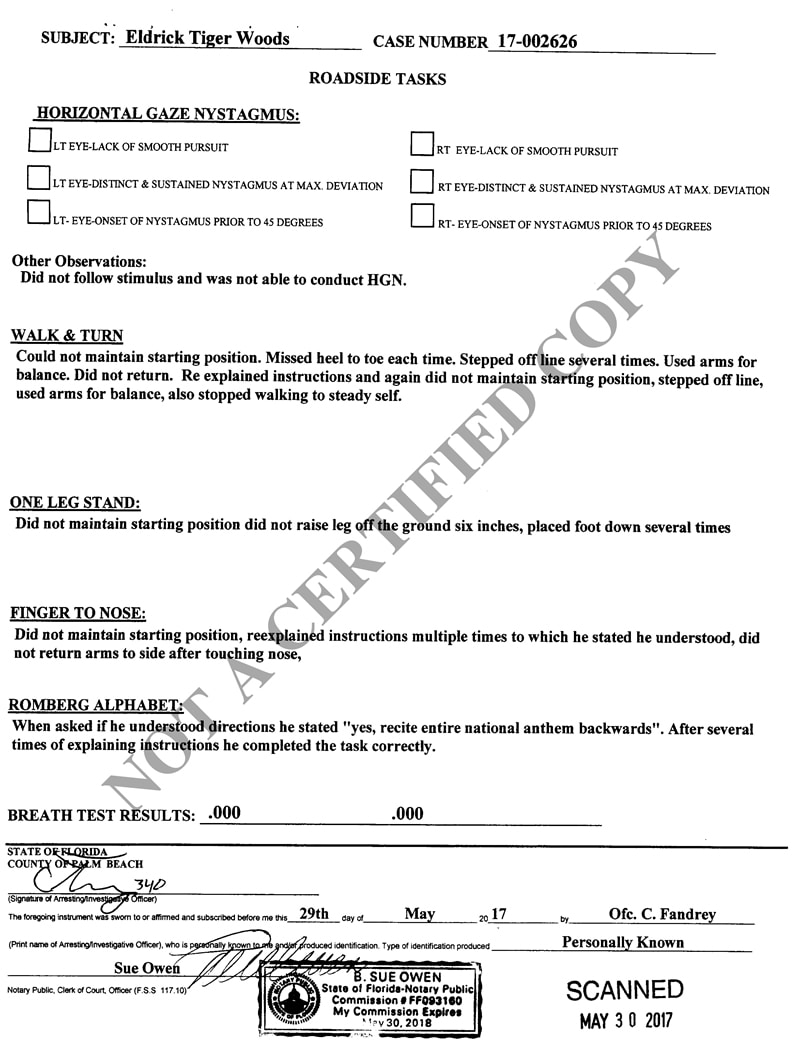 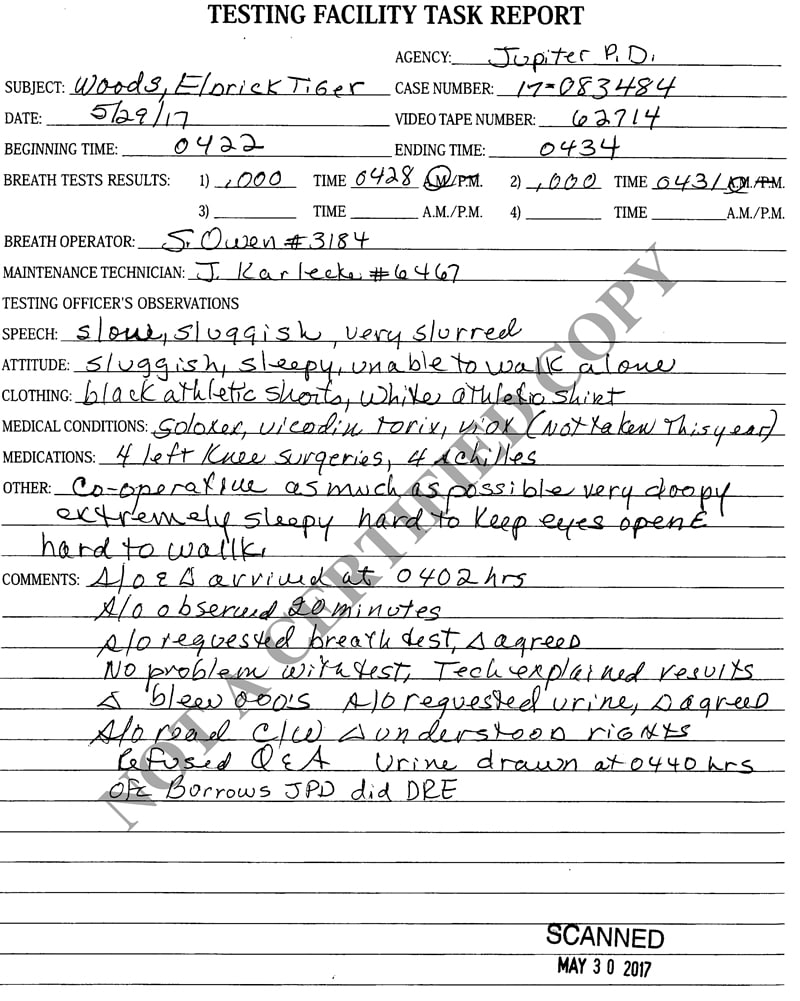