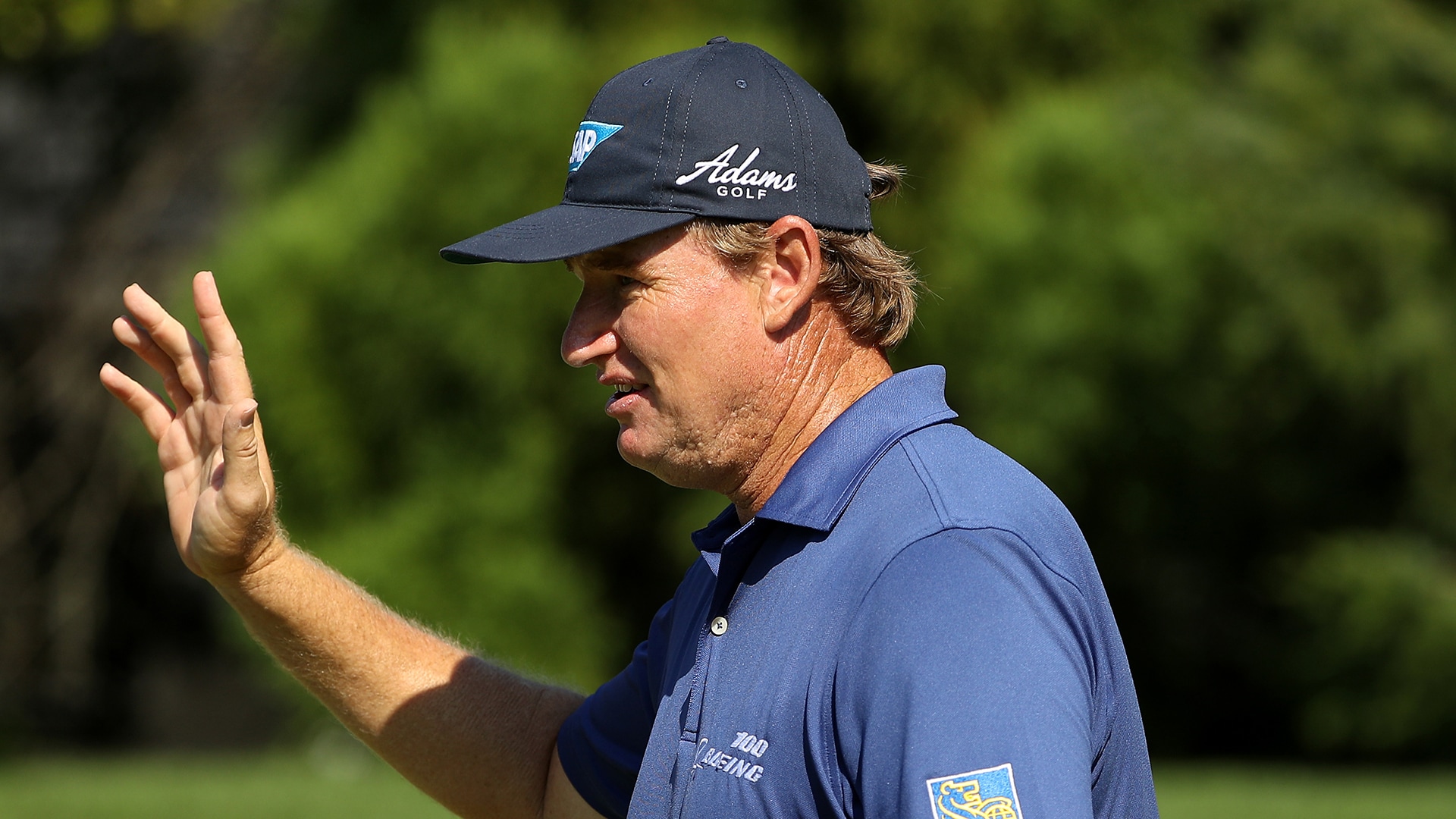 Ernie Els is back at one of his favorite places to play golf and back in the hunt for his 20th PGA Tour victory.

Els posted the low round of the day Saturday at Congressional, a 6-under 65 that has him just two shots back of leader Billy Hurley III heading into Sunday.

His bogey-free moving day was sparked by an eagle hole-out from 160 yards at the par-4 12th.

There’s a reason Els feels so comfortable this week at Congressional; it’s the site of his second major triumph, the 1997 U.S. Open. Should Els go on to win Sunday, he’ll join Tiger Woods (Pebble Beach, Torrey Pines) Tom Kite (Pebble Beach) and Tom Watson (Pebble Beach) as the only players in the last 40 years to win a regular PGA Tour event and a major championship on the same golf course.

All this for a 46-year-old who hasn’t won on Tour since 2012 and who looked like he might never be the same following a disastrous 6-putt on the opening hole of this year’s Masters. Els rebounded from that debacle to finish T-14 the following week at Harbour Town, but his recent play hasn’t been stellar, with five missed cuts, a T-64 and a T-69.

But the Big Easy is back in the hunt for another PGA Tour title and has appeared to move beyond his demons on the greens.

"I’ve played the game such a long time,” he said. “I’ve had so many great ups and quite a few downs, and obviously the one at the Masters was probably the lowest that can happen to a player. I just kind of pushed the reset button and started working on stuff, positive stuff, [to] get my mind set differently.

“And I enjoy putting. I had a lot of practice on that first green so to speak, but I try to put it behind me. It’s tough, but I enjoy the game too much to end on a note like that. I’m just enjoying putting again.”