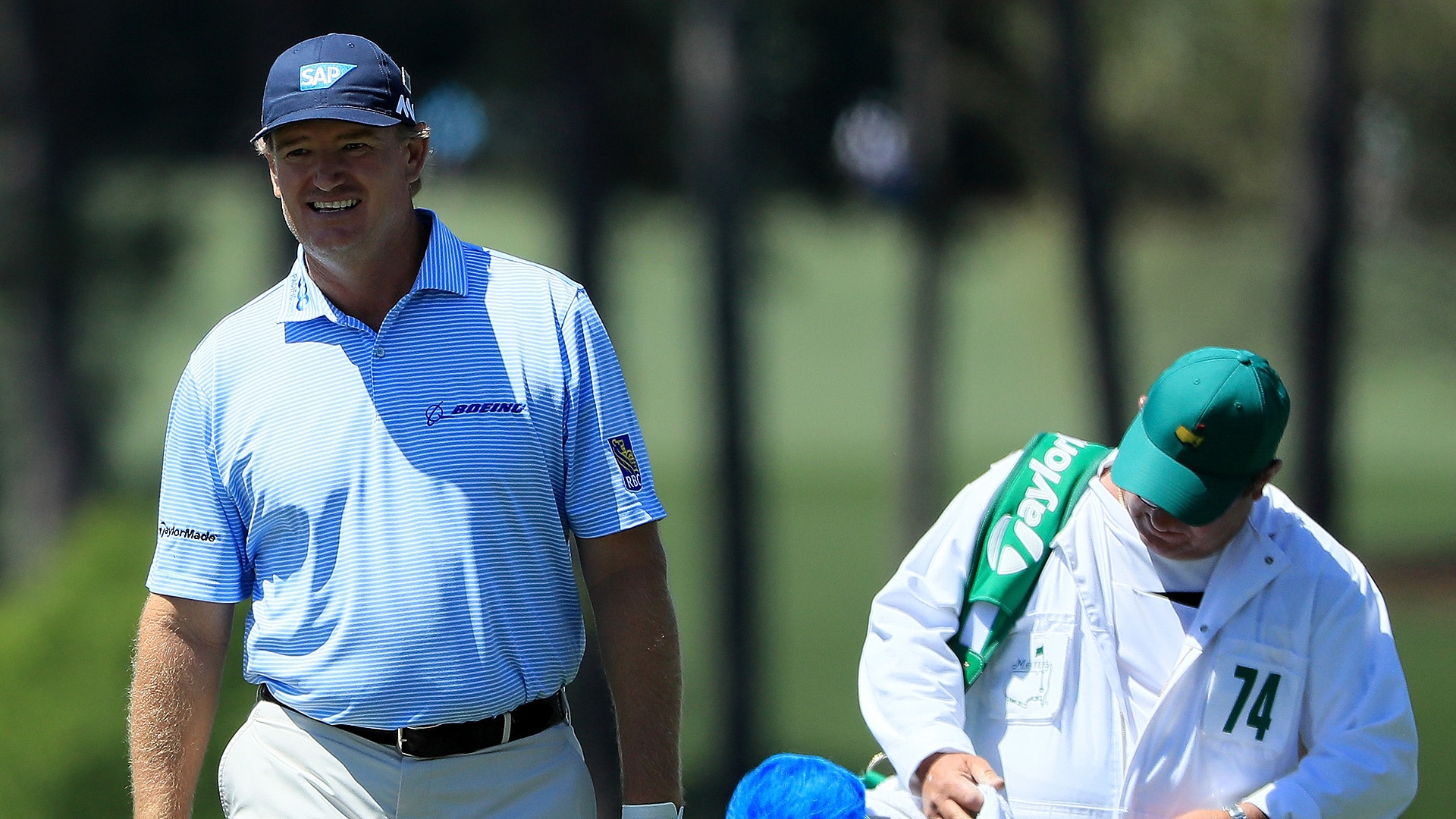 AUGUSTA, Ga. – About a dozen fans politely applauded as Ernie Els made his way to the 18th green on Sunday at Augusta National, the vast majority unaware that it was likely the South African’s last trip up the iconic hill in the tournament that has caused him so much pain.

For the Big Easy, the Masters was anything but easy. His runner-up showing in 2004 to Phil Mickelson is still the standard for competitive heartbreak to go along with a second-place finish in 2000 and a half dozen top-10 finishes at the year’s first major.

But the green jacket always eluded him.

“This tournament was just not for me,” he said after shooting a 6-over 78.

Els’ love-hate relationship with Augusta National could be summed up in a single answer when he was asked to recount his good memories at the Masters. “Oh, let me think,” he offered with a wry smile.

But as his mind raced through his 23 years at the Masters it quickly settled on his first start in 1994 when he finished tied for eighth place. He remembered being paired with two-time Masters champion Ben Crenshaw and Jose Maria Olazabal, who won that year’s tournament.

He remembered learning to love the nuances of the golf course and its fast, undulating greens. He recalled how much that first exposure benefited him just two months later when he won the U.S. Open at Oakmont.

At 47 years old, Els still maintains a competitive firewall when it comes to negative association, which at least partially explains why 2000 and ’04 don’t immediately register when he thinks of his more than two decades at Augusta National.

The ’04 edition is particularly difficult. After beginning the final round three strokes off the lead, Els eagled the eighth and 13th holes to move into the hunt but could only watch as Mickelson rolled in an 18-footer for birdie at the last to beat him by a stroke.

Els made it clear he’s not at the point in his career where he has much use for nostalgia, even suggesting that he could someday return to the Masters as a competitor, although the prospect of coming back as a non-competing invitee did hold a measure of appeal.

“I’ve got my brains beat in here, so who knows, maybe I can come here and have a few beers,” he laughed.

Just as Els was finishing his day at Augusta National, a pitch shot away Rory McIlroy was teeing off for the final round. Like Els in ’94, McIlroy has seemed destined to win a closet full of green jackets.

“If I look back at the 23, 24 years here, how many professional golfers get the opportunity to play the Masters 23 times?” he said. “Having a chance to win it a couple of times was special and this tournament is just not for me. I've won a lot of events around the world, but this one just eluded me and that's fine.”

Els’ Masters plight is a vivid reminder that not every career, even World Golf Hall of Fame careers, end with a ceremony in Butler Cabin.