Els: Fowler's ace at charity event 'like a miracle' 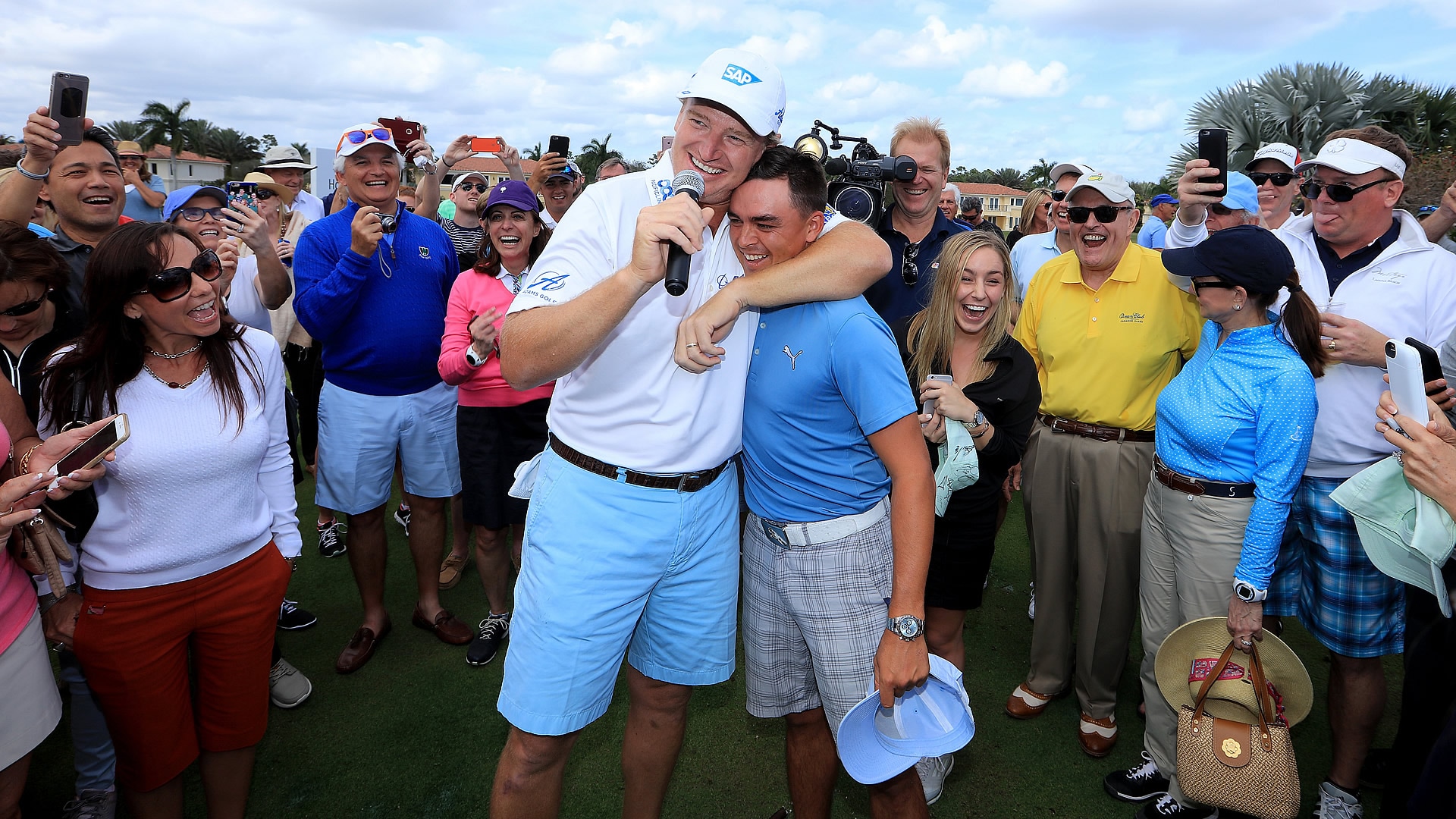 Rickie Fowler’s $1 million hole-in-one at Ernie Els’ charity event is the gift that keeps on giving.

Not only did the Fowler ace mean a $1 million donation to the Els for Autism foundation, but the Big Easy’s longtime friend, South African billionaire Johann Rupert, decided to match the $1 million gift.

“It’s like a miracle,” Els told ESPN.com this week.

The event at Old Palm Golf Club, which featured 23 pros, including Rory McIlroy and Adam Scott, already had raised $820,000 on the course. But the windfall from Fowler’s ace and Rupert’s donation, Els said, means that his foundation now has green-lighted plans to build another school in Jupiter, Fla., complete with a pool, gym, and track and field facility.

The family founded Els for Autism in 2009 – the Hall of Famer’s son, Ben, has autism – and opened the lower school last year.

“I told him he’s my hero,” Els said of Fowler, according to Golfweek. “We’re going to get a spot for his name and put it on the building somewhere up high on the school.”