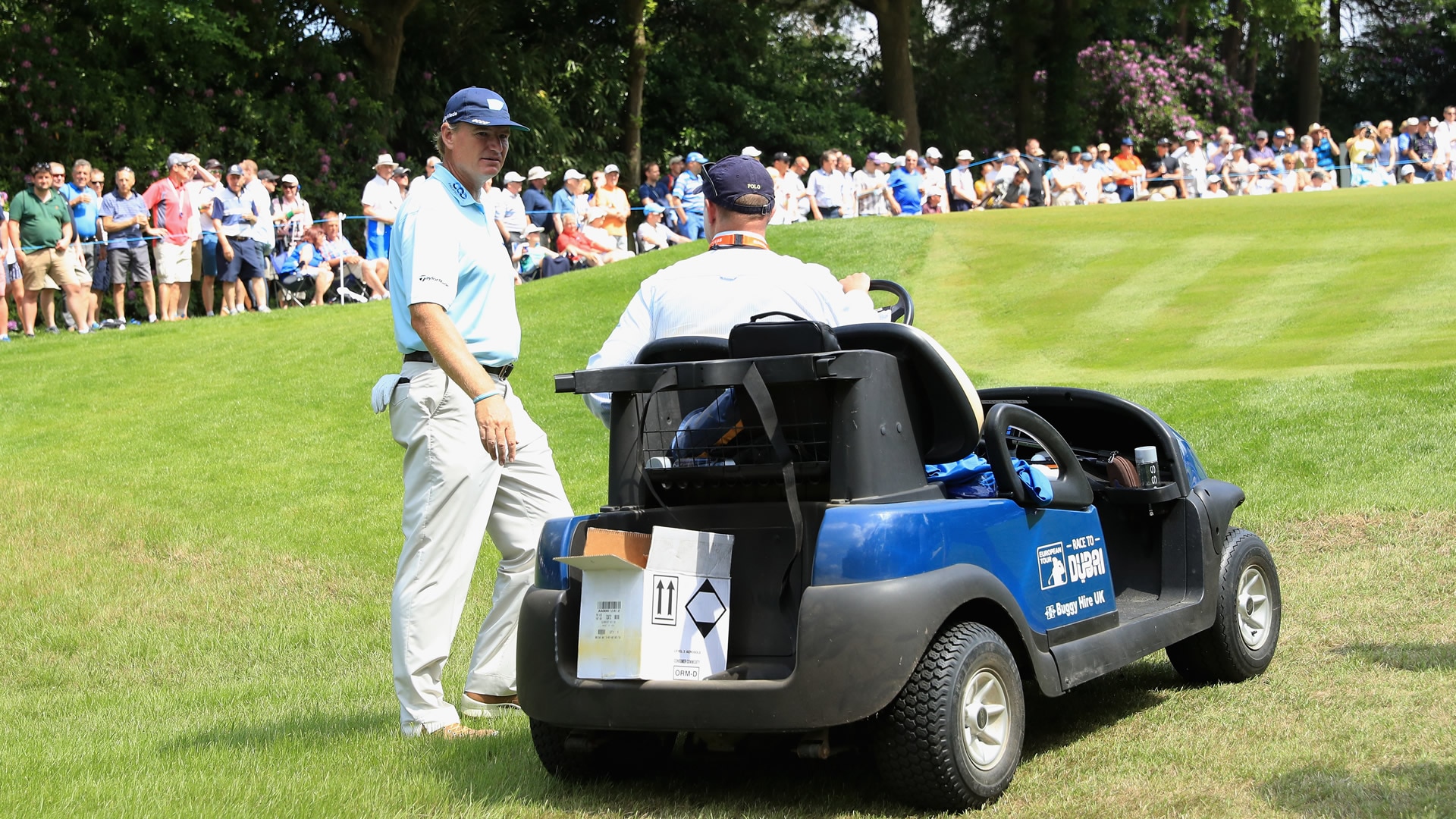 Thursday at the BMW PGA Championship, Ernie Els offered another example of how golf is a little different from every other sport.

Els appeared to shoot a 3-under 69 in the opening round at Wentworth, but the four-tme major champ ultimately signed for a 1-under 71. The discrepancy arose on the par-5 12th hole, where Els chipped in from the rough for an apparent eagle.

Prior to hitting his chip shot, Els thought he may have a plugged lie and asked his playing partners if he could investigate. They consented, and Els examined his lie and replaced his ball after determining it wasn't plugged. Despite being in the rough, he made good contact on the chip - almost too good, according to Els.

"I just felt uncomfortable by the way the ball came out," Els told reporters. "The ball came out way too good, so I felt I didn't quite probably put it (back) exactly where I should have."

He consulted with a European Tour rules official, who explained that Els and Els alone knew what the original lie was and whether or not he had adequately replaced it. But golf is an honorable game where self-assessed penalties often arise, and Els ultimately felt the best resolution was to take a two-shot penalty under Rule 20-7 for "playing from wrong place."

"Under the rules you try and put it back the way you think it should be, but I still felt uncomfortable with it, so we took a two-shot penalty," Els said. "I know deep down the ball wasn't quite where it should be and I wouldn't be able to live with myself."

Despite the penalty, Els sits five shots off the opening-round lead held by Sweden's Johan Carlsson.