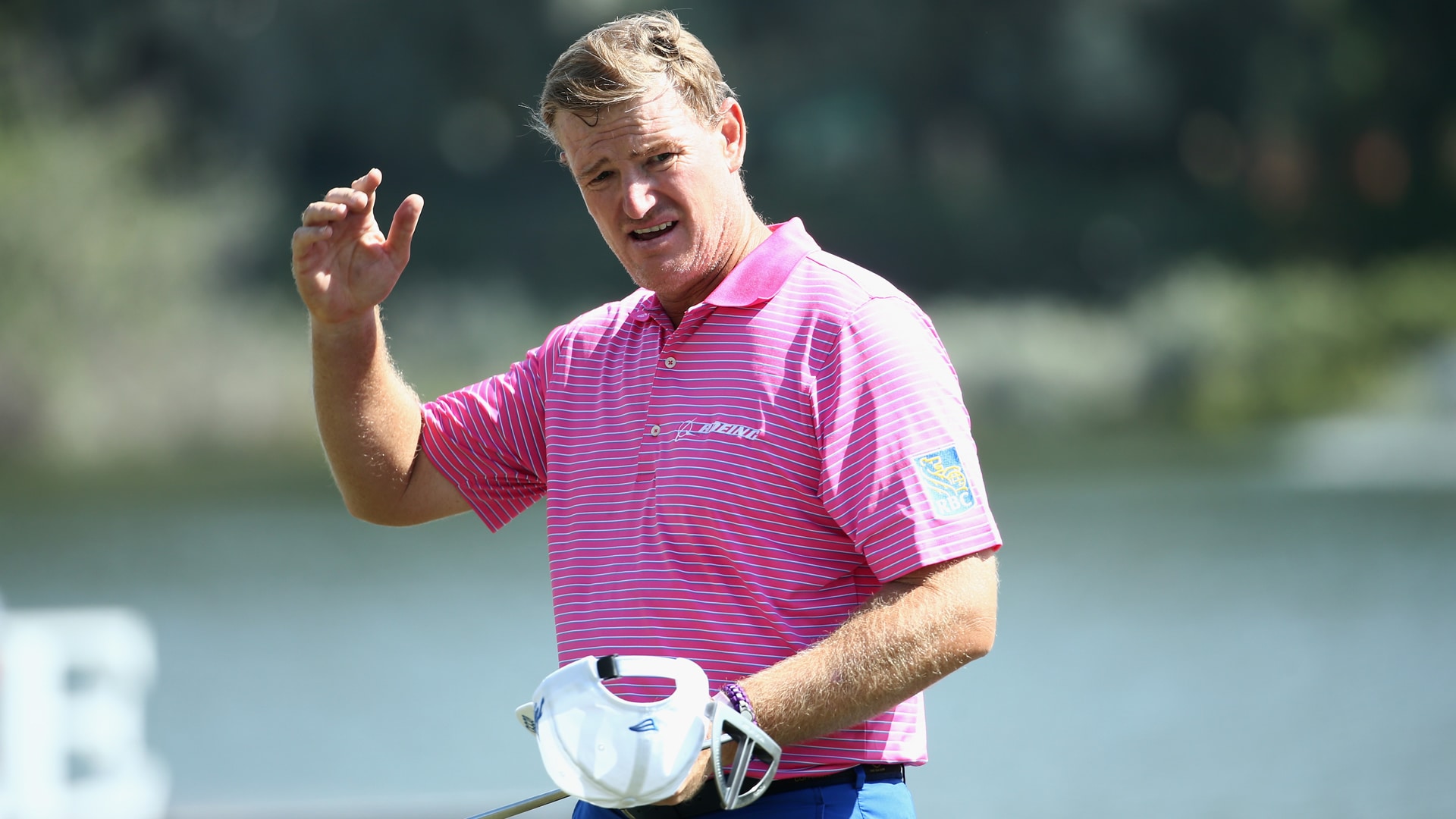 Ernie Els is turning back the clock this week at the Dubai Desert Classic.

Perhaps no one is as surprised as Els himself.

It was just last month that the Big Easy suffered through another very public case of the yips, swiping at an 18-inch putt with the cameras rolling. His putting had gotten so miserable, he conceded Friday, that he wondered how much longer he’d play.

Climbing out of a “deep, dark” abyss, Els shot rounds of 68-67 in Dubai to sit just one shot back of leader Rafael Cabrera-Bello at the halfway point.

So how did Els, now ranked 205th in the world, overcome incidents as embarrassing as this and this? For starters, he switched to a cross-handed grip, which takes out his “jittery” right hand.

“I’m falling in love on the greens again,” he said. “I’m not dreading the greens. That’s where I’ve been for the last two or three years since I won the Open Championship. I feel very different. I feel like, you know, I don’t mind making a 2-footer or a 4-footer.”

Els will be in the final group Saturday in Dubai, which will present an entirely new set of challenges. He hasn’t won anywhere since 2013 and is looking for his first top-10 worldwide since late '14.

“I’ve been in some holes,” he said, “but this one was a pretty deep, dark one. To get out of this one was quite nice.”