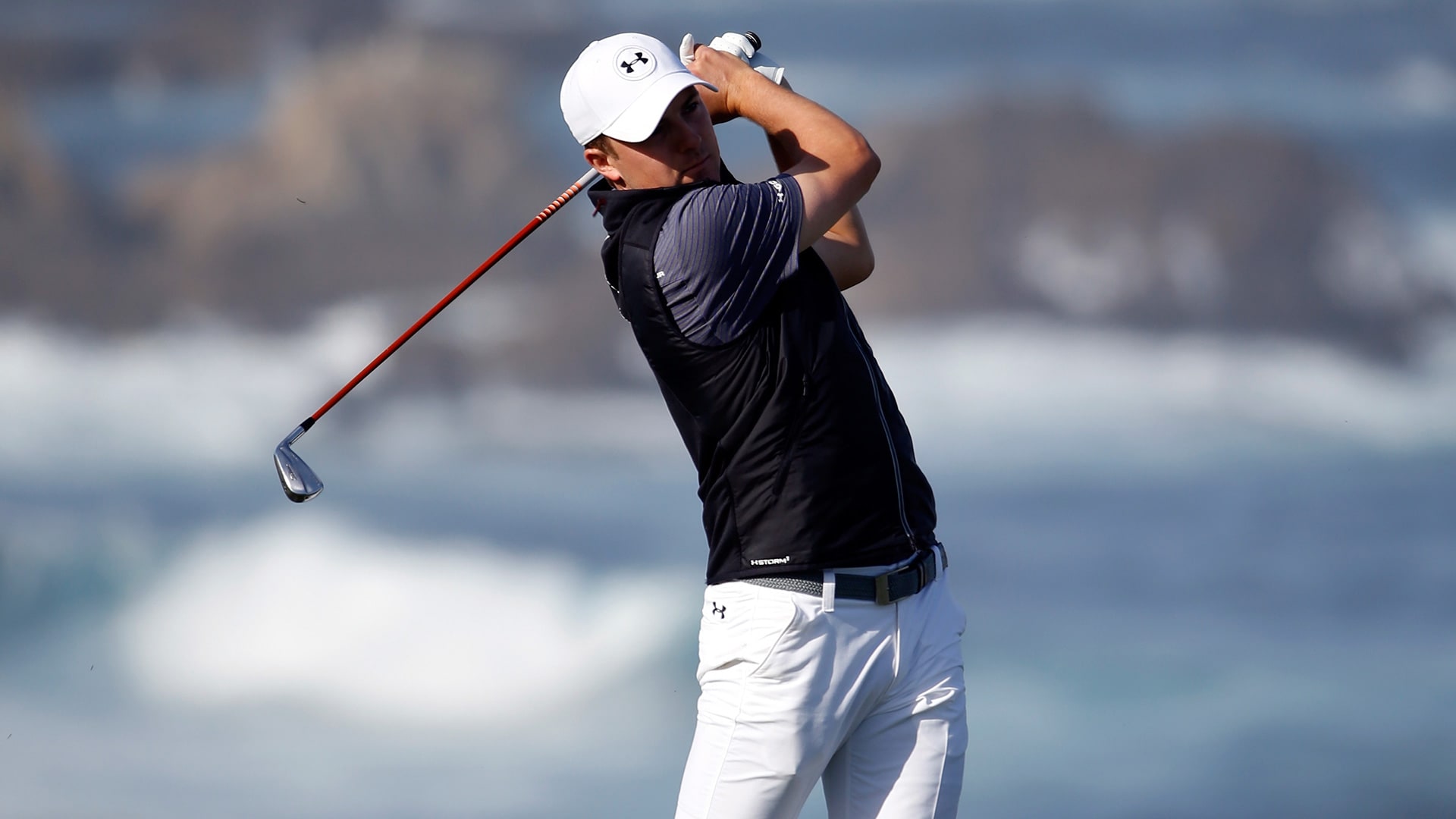 PEBBLE BEACH, Calif. – Jordan Spieth has spent much of the last year making golf seem either simple, effortless or some combination of the two. But sometimes, even the best in the world walk off the course flummoxed by their own game.

Such was the case for Spieth after his opening round at the AT&T Pebble Beach Pro-Am, a 1-under 71 that the world No. 1 described as “a bit weak.”

“I played the hardest holes on this golf course 4 under par, and then I played all the easy ones over par,” Spieth said. “Just kind of a bit odd. I just was not quite dialed in with the wedges or short game.”

Spieth tallied four birdies against three bogeys, but he was unable to build any momentum and was never lower than 1 under on his round.

Spieth sent multiple approaches toward the galleries lining the cozy confines of Spyglass Hill, and some of his swings early in the round ended with one-handed finishes. It was clearly not a typical day for the all-everything player, as Spieth estimated that he could have shot 6 or 7 under had his play from the fairways been more precise.

“I was hitting a couple shots where I told (caddie) Michael (Greller) that’s one out of 50 or one out of 100 where I hit wedge that far off line,” Spieth said. “Stuff that I don’t need to look into too much, it was just bad timing where the misses were in the wrong spots.”

Despite the slow start, Spieth remains optimistic heading to the other two courses in play this week as he looks to top-10 at this event for the third straight year.

“I’ve got a lot of very easy golf holes coming in the next couple days if I put myself in positions off the tees,” he said. “I’ll certainly get better when it comes to the wedge play.”