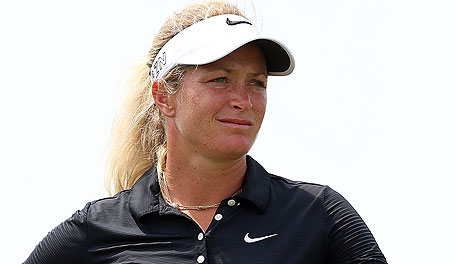 With England’s Melissa Reid seizing the final qualifier spot Sunday off the Ladies European Tour points list, the Euros have solidified four of the 12 spots on the team that will face the Americans Sept. 18-20 at St. Leon-Rot Golf Club outside Heidelberg, Germany.

Four more automatic qualifier spots will be decided on Aug. 24 off the Rolex Women’s World Rankings list, with the top four Europeans not already qualified on LET points making the team. Caryn Koch will complete the team on Aug. 25 with the naming of her four captain’s picks.

The 12 spots on the American team will be decided on Aug. 24.

“I’m very impressed by Melissa’s performance,” Koch said. “She knew what she had to do, and she went out and did it. It’s a lot of pressure, knowing that you have to perform, and it’s one of the toughest things in golf. It’s great to have four strong and experienced players that have already qualified, so I’m really, really excited to see the team shaping up.”

If the European team were decided today, Nordqvist would still make it as an automatic qualifier off the world rankings list.