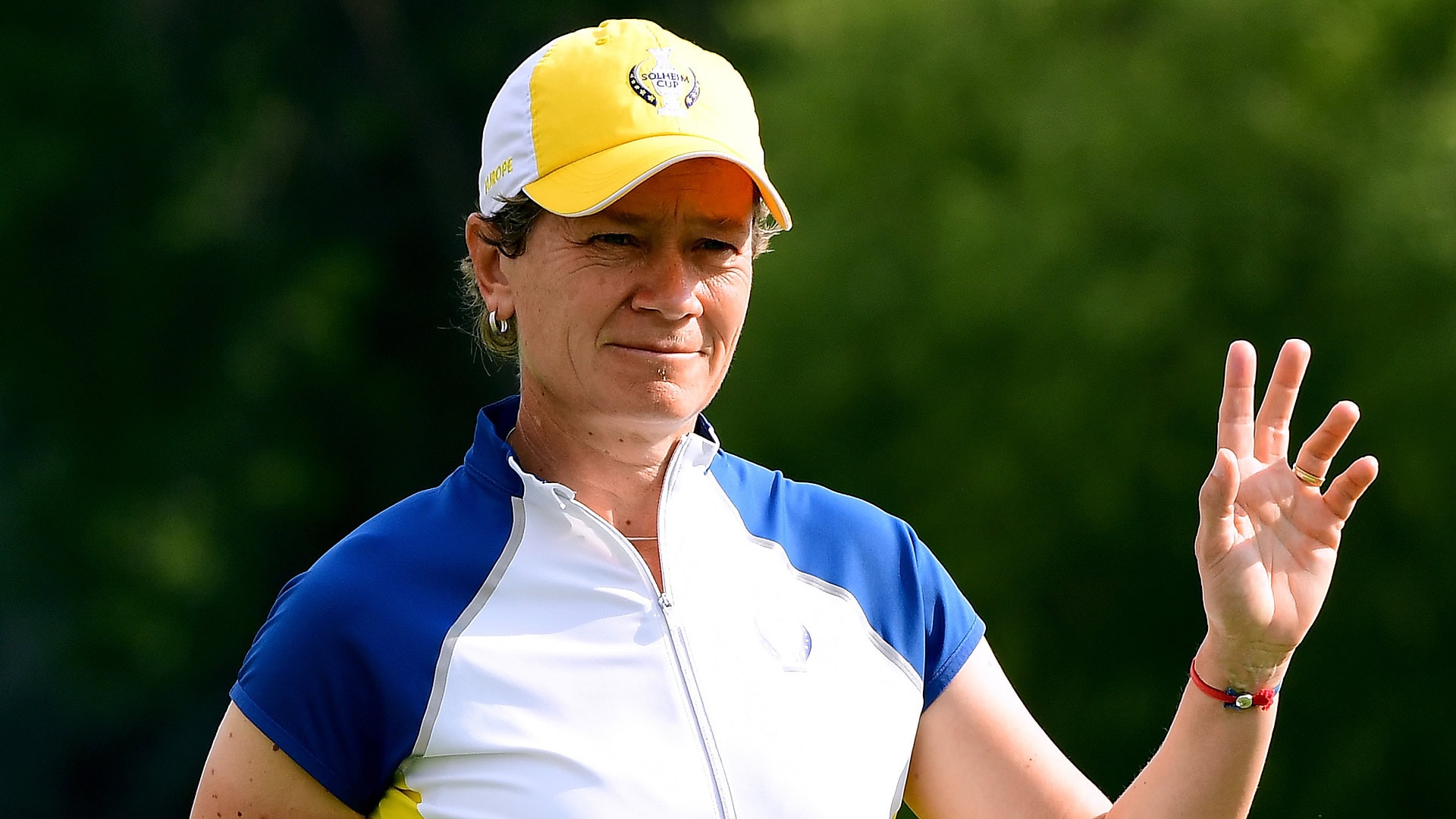 The Europeans are gearing up to strengthen their team as they prepare to stop American captain Juli Inkster from making Solheim Cup history next year.

European captain Catriona Matthew announced a change in the team’s Solheim Cup qualifying criteria Tuesday. The changes were in the works before Inkster was reappointed captain, with Matthew sharing the changes shortly after Inkster was announced.

Inkster will try to become the first American or European captain to win three Solheim Cups when the biennial matches are renewed at Gleneagles in Scotland next year.

Matthew said the European qualifying criteria is being changed so that five Euros will make the team off the Rolex Women’s World Rankings list, three off the Ladies European Tour points list and four via captain’s picks. The former criteria took four off each of the world rankings and LET points lists. Also, a player must now play in eight LET events to qualify for the European team, up from six events previously.

Matthew said she wasn’t surprised Inkster got the nod again, but it got her attention.

“I think it could motivate us,” Matthew said in a conference call. “We are obviously trying to stop her doing something that no American has ever done before, and she’s going to want to win three in a row.

“She might have some pressure on her, but with us losing the last two, we have motivation. With some of our players to have been there, with Juli as the opposing captain, it will definitely work well for us.”

Europe won two Solheim Cups in a row before Inkster took over. She led the Americans to a historic comeback in Germany three years ago and to an impressive rout in Iowa last year.

“Obviously, it is great for Juli to do it for a third time,” Matthew said. “It is quite unusual, but she’s been so successful in the last two and a great opponent.

“I have been up against her a few times on tour, and I have great respect for her. She’s a good friend. At the end of the day, whatever U.S. captain they are going to have, it’s going to be top quality opposition. So, my main focus is on the European team and getting them all ready to play and win it back.”