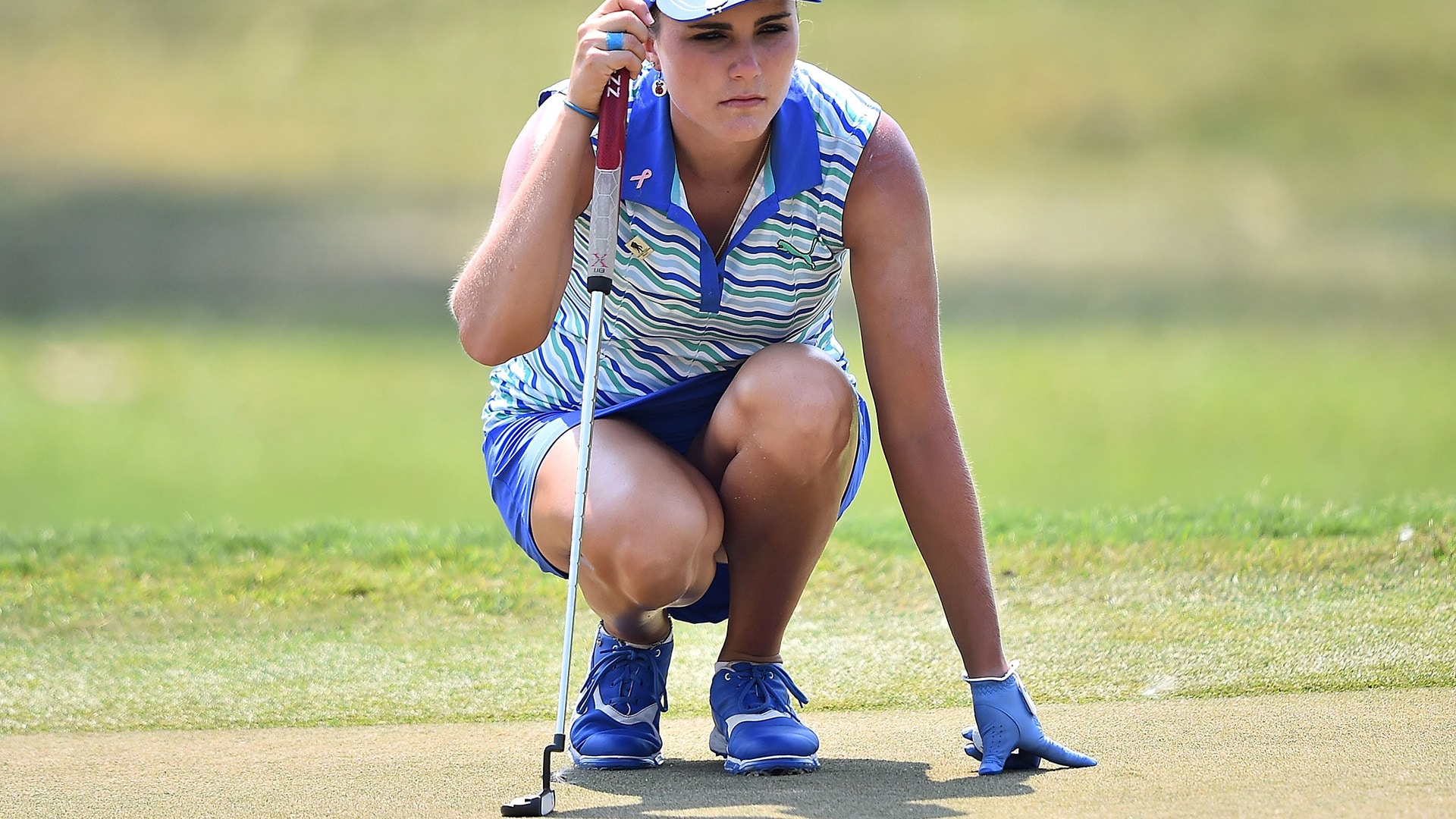 For Lexi Thompson, seeing is not necessarily believing.

The 21-year-old American won the Honda LPGA Thailand Sunday in a six-shot runaway putting with her eyes closed. She has been doing that since the CME Group Tour Championship at the end of last year.

Thompson needed just 24 putts when she shot 64 in the third round.

“It just gives me more feel,” Thompson said in a Morning Drive interview. “I’m a feel player, not too technical. It’s just a way for me to feel better over putts and be more comfortable.

“I pick a line, have my caddie, Benji [Thompson], line me up and then just stroke it and trust it.”

Thompson said she began putting with her eyes closed as a drill on the practice green at the CME Group Tour Championship last November at the suggestion of her father, Scott, and her caddie. She said it worked so well, she started doing it in the competition there.

Thompson does hit certain putts with her eyes open.

“I putt with my eyes open more on lag putts or up ridges,” Thompson said.