Fan-favorite Beef a serious contender at The Open 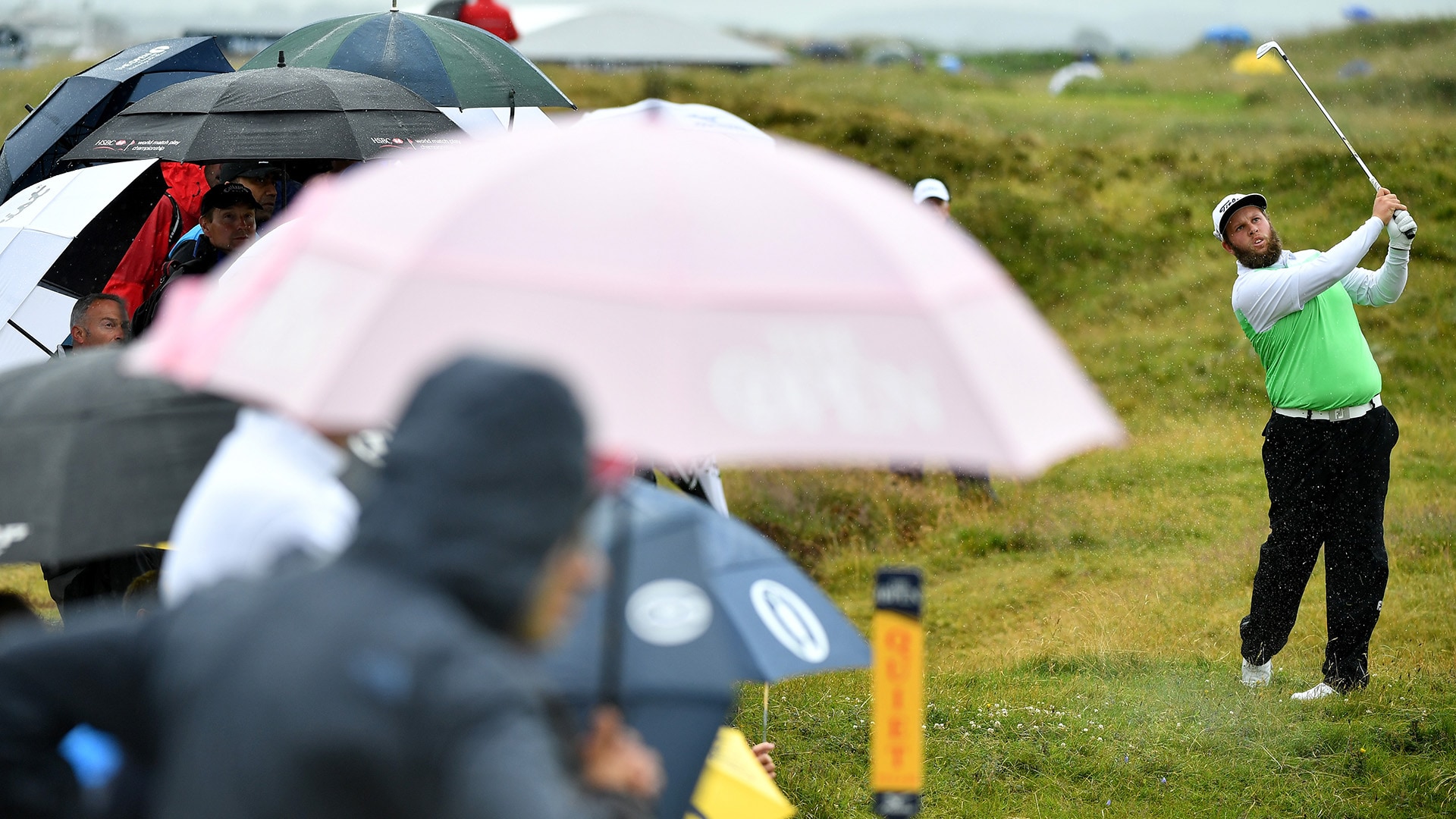 TROON, Scotland – Andrew “Beef” Johnston has loads of support this week at The Open.

Late in his second round Friday at Royal Troon a gaggle of fans were waving hamburgers at the new cult star.

Johnston also felt right at home on nearly every hole because he could hear his five-year-old niece, Summer, yell either “Uncle Beef!” or “Beef to the rescue!”

Uncle Beef shot a second-consecutive 69 and is 4 under par, only six shots off the lead. He's made one triple bogey in each round.

Johnston is a 27-year-old, fun-loving Englishman who got his nickname from childhood friends who said his head resembled a slab of beef. It stuck.

This year has been the ascension of Beef and he’s now up to No. 104 in the world. Johnston won the Spanish Open earlier this year and proclaimed he’d be drunk for a week. He recently played well out of a weather delay on the European Tour and attributed his success to eating massive amounts of hamburgers during the break.

At the U.S. Open at Oakmont – his first-ever trip to America – he made friends with many American golf fans, and did so again two weeks ago at the WGC-Bridgestone Invitational. At that tournament he went to dinner with GolfChannel.com’s Will Gray, where he promptly devoured a 32–ounce steak in the blink of an eye.

You get the point. The dude’s a character.

Now, though, he’s contending in a major championship for the first time, although there is a long way to go. Johnston isn’t one to over-think situations so he’s not too worried about his standing on the leaderboard yet.

“I just go from day to day, and I find that’s the best way for me to be,” he said. “I’m looking forward to chilling out this afternoon and then turning up tomorrow and playing.

“There’s a long way to go. It’s not even worth thinking about.”

In the meantime he’ll go back to his rented house, drink 20 cups of tea, watch TV and play games with Summer.

Beef to the rescue.