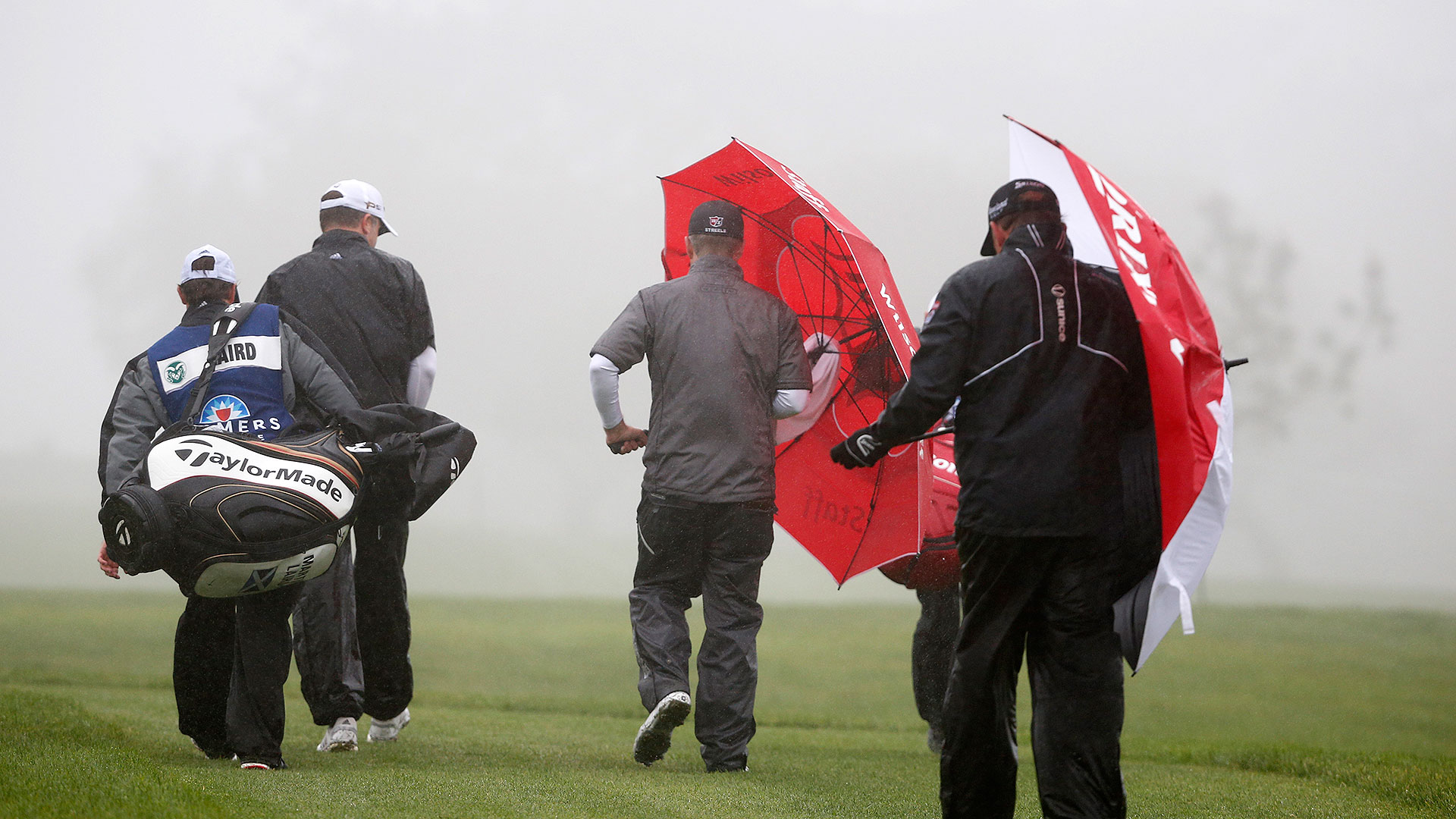 Play is currently scheduled to resume at 1 p.m. ET on Monday.

Because the clean up from overnight winds is so large the resumption of the final rd is moved to 10:00 PST of @FarmersInsOpen

SAN DIEGO – After the final round of the Farmers Insurance Open was plagued by three suspensions and a spectator evacuation, PGA Tour officials announced that play will resume at 11 a.m. ET Monday.

Bracing for inclement weather, tournament officials moved up final-round tee times 70 minutes to try and beat the worst of the weather. It didn’t much matter, as play was suspended three times for a total of two hours before it was finally called for the day at 4:57 p.m., when wind gusting to 40 mph made it unsafe for players, spectators and media.

Jimmy Walker, who has eight holes to play, leads at 8 under. He is one shot clear of Brandt Snedeker, who shot 69 and has the only under-par round either on the course or already in the clubhouse. K.J. Choi is also at 6 under as he plays the back nine.

The final-round scoring average on the South Course is 78.119. According to Golf Channel stats guru Justin Ray, that puts the final round on pace to become the second-toughest non-major round on Tour in the last 25 years.

Conditions on Monday shouldn’t be much easier for the 48 players who still have to complete their final round. The forecast calls for sustained 25-mph winds but no rain.