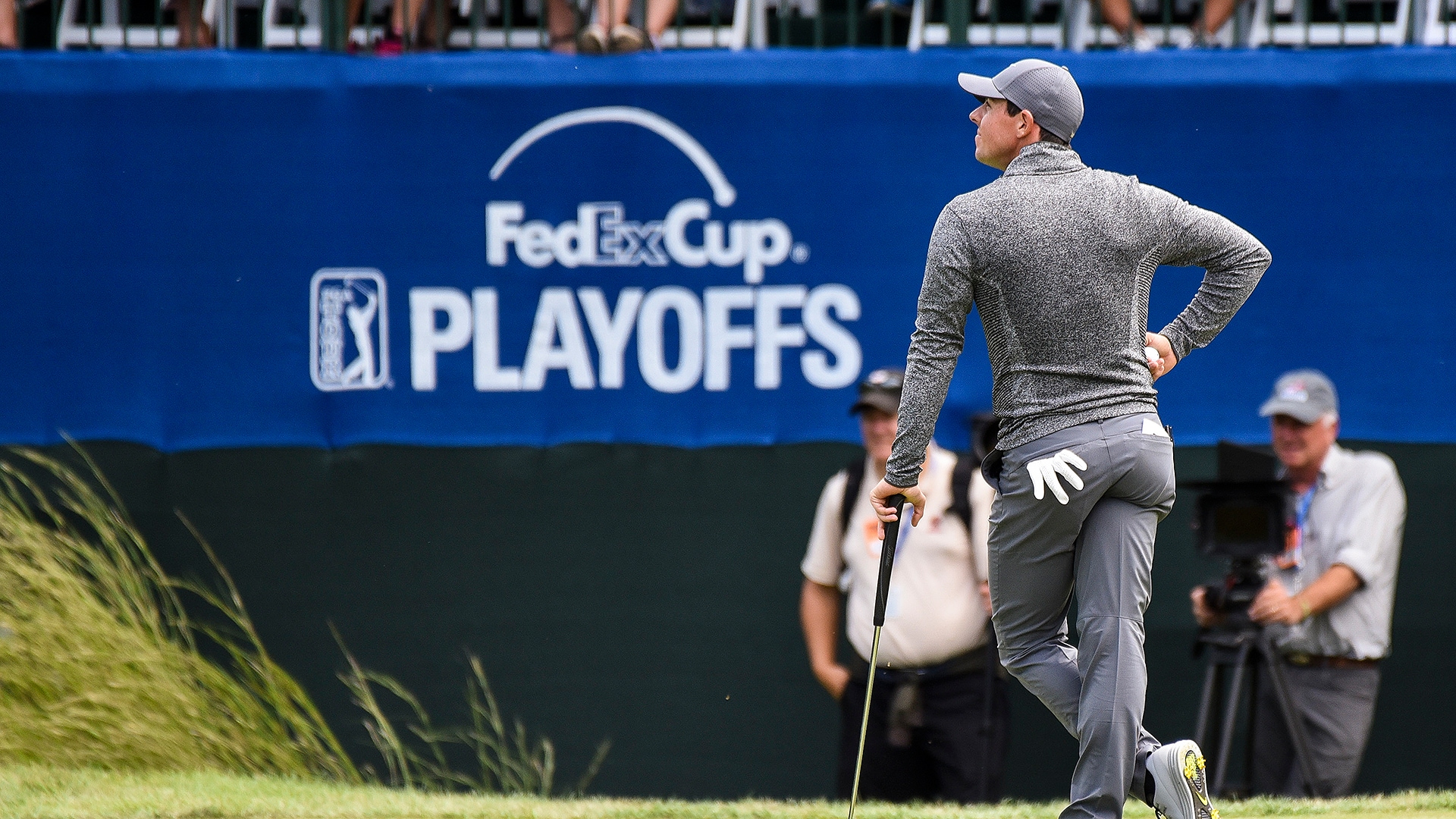 PONTE VEDRA BEACH, Fla. – An experiment that was widely scrutinized when it was introduced in 2007 entered its second decade with a flourish on Tuesday at TPC Sawgrass.

PGA Tour commissioner Jay Monahan announced a 10-year extension with FedEx to sponsor the Tour’s season-long points race through 2027. Although the commissioner declined to give specifics of the new agreement, which currently includes a bonus pool of $35 million with $10 million going to the cup champion, he did indicate there would be an increase.

“There's still some other moving parts that we need to get to before we'll be able to announce any additional changes, but as we go forward, we expect the cup and the payout to increase significantly,” Monahan said.

The current deal with FedEx, which also is the title sponsor of the Tour’s event in Memphis, ran through this season and the “other moving parts” Monahan referred to are generally believed to be a comprehensive schedule makeover that would include the FedEx Cup Playoffs ending on Labor Day, The Players moving back to March and the PGA Championship possibly heading to May.

Although Monahan did nothing to indicate how far along the Tour is with the schedule changes, Patrick Fitzgerald, FedEx’s senior vice president of integration and marketing who was at the announcement, gave some insight into the Tour’s current track.

“There is some exciting potential when you look at the schedule and other things, but I don't know what the best answer will be yet,” Fitzgerald said. “They have a very clear view of some potential things that could change and how that would affect things. So I'm confident that if the schedule changes, it will be in the best interest of golf and of the FedEx Cup.”

Fitzgerald was also asked about the impact of Tiger Woods’ continued health issues and how they could impact the Tour and the FedEx Cup moving forward, but as the company’s 10-year agreement indicates FedEx didn’t see a potential post-Woods era as an overwhelming concern.

“When you look at the young stars of today's PGA Tour and the talent that's there, I would say there is no more exciting time about the future of the game based on the players that are rising to the top of the Tour right now,” Fitzgerald said. “Especially when you consider the international representation that's there, and that's really helping to transform the popularity on a global scale of the game, and that's very exciting for us as a global business.”

The new agreement assures continuity of the cup for at least 21 years, which is one of the longest running endorsement partnerships in sports (Winston-sponsored NASCAR’s season-long race to various degrees for the better part of three decades), and the importance of continuity was a cornerstone of Tuesday’s announcement.

“It's critical, and I think it's a historic day,” said Monahan, who took over as commissioner from Tim Finchem in January. “Having one of the best companies on this planet make this commitment to our Tour and put us in a position where we're going to grow in many ways, not just the cup but the impact of our business model and all the communities where we play and really be able to do some things in the future we think are going to allow us to continue to elevate not just the Tour but the game.”

Rory McIlroy won the FedEx Cup last September, and the season-long race has gained traction among fans, and perhaps more importantly, the players.

“It’s a lifetime to have an extension of this magnitude, not just 10 years but it’s the money and what they do on a yearly basis. It’s mind blowing,” said Billy Horschel, who won the FedEx Cup in 2014. “They are trusting in the PGA Tour and its product to deliver and show what we can offer.”