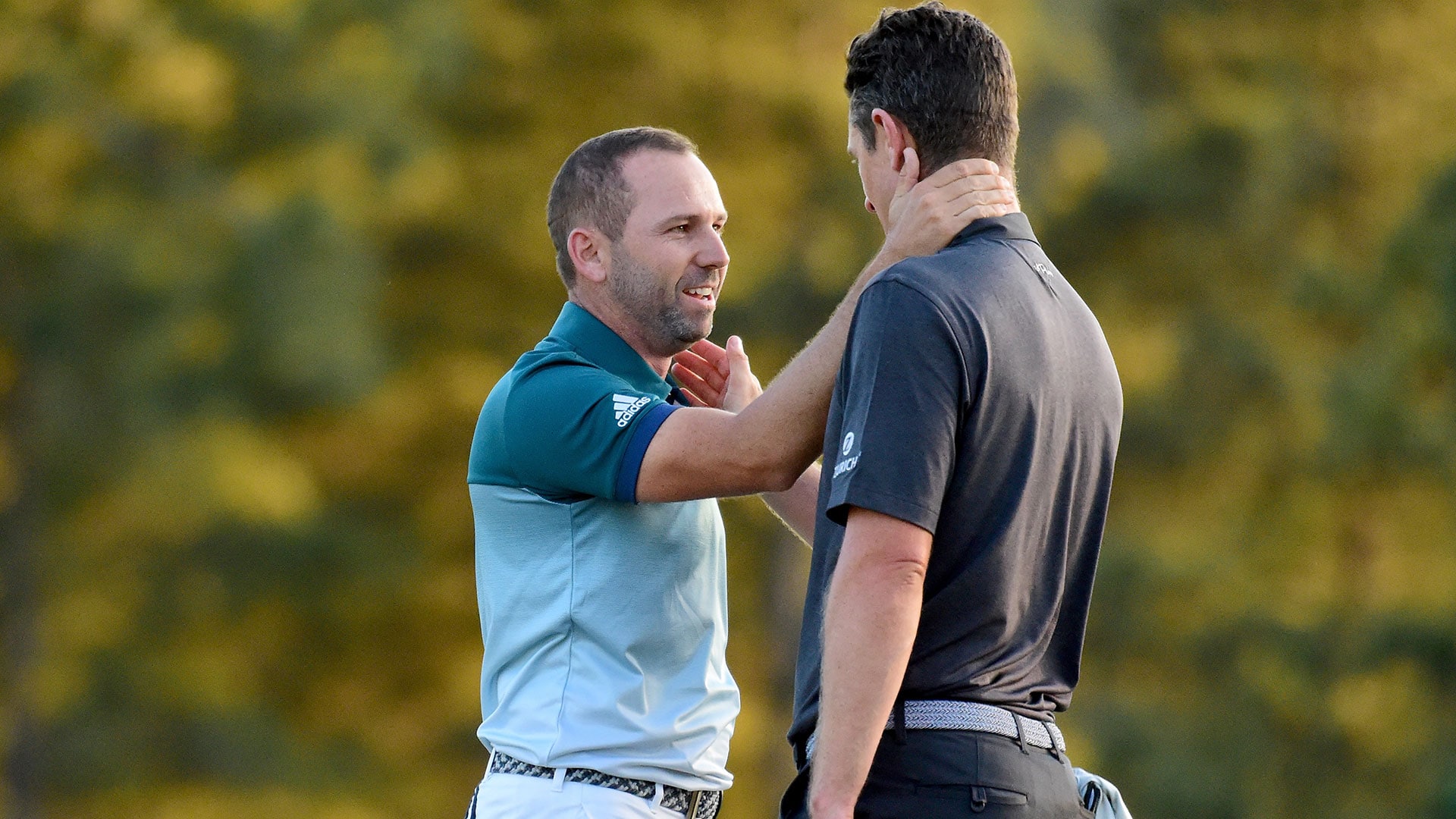 HILTON HEAD ISLAND, S.C. – Maybe more than any event in golf, the Masters makes fans of us all.

Even PGA Tour players, who normally avoid spending their free time watching golf on TV, aren’t immune to the charms of Augusta National.

“I was driving up with the family so we got here and watched from about the 14th in,” Graeme McDowell said on Monday at the RBC Heritage. “I was listening to it on the radio as well. It’s a bit like the Ryder Cup, it’s probably the Ryder Cup and the Masters and maybe the two Opens are the only golf tournaments I’d sit and watch if I wasn’t playing in them.”

McDowell admitted to having split interests as the tournament came to a dramatic conclusion with Sergio Garcia beating Justin Rose on the first playoff hole.

McDowell has been European Ryder Cup teammates with both players and a neighbor of Rose’s at Lake Nona in Orlando, Fla.

“I thought it was epic,” McDowell said. “No European having won the Masters and the U.S. Open, part of me was hoping Rosie would break that duck, but it was very hard not to root for Sergio.”

Carl Pettersson concurred, explaining that he felt it was Garcia’s time to finally win a major.

“It was a great Masters,” Pettersson said. “Oh, I’m a fan. I’d watch the Ryder Cup, U.S. Open, British Open, but the Masters is the coolest thing to watch. Everybody watches that.”