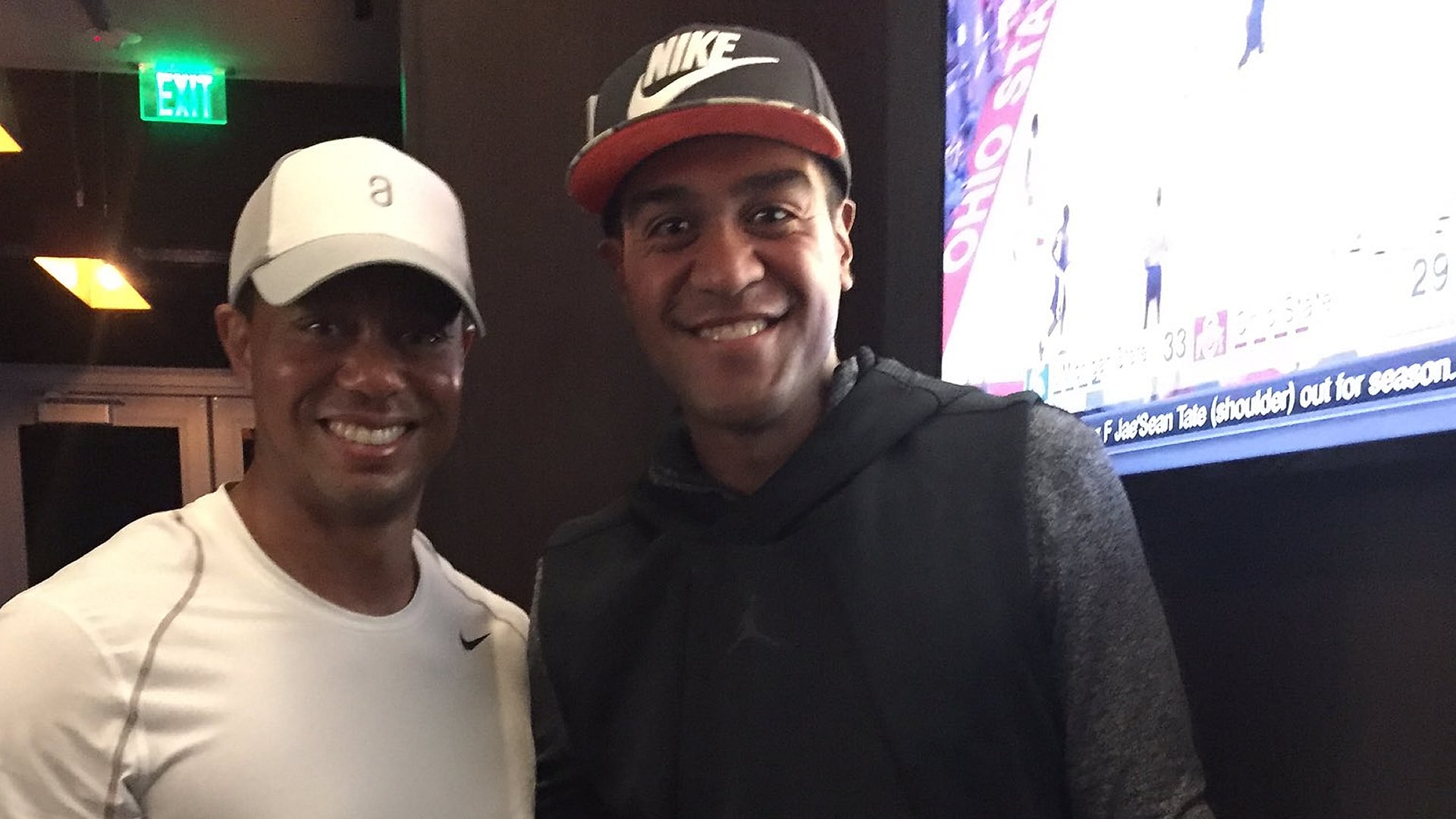 PALM BEACH GARDENS, Fla. – A soft 9-iron in a simulator went a long way toward silencing some of Tiger Woods’ most recent critics, but the first signs that Woods was “progressing nicely” came Tuesday night via social media.

Woods hosted several other Nike athletes at his The Woods Jupiter restaurant, just up the street from the site of this week’s Honda Classic. Among those in attendance were soccer star Abby Wambach as well as PGA Tour pros Brooks Koepka, Scott Pinckney and Tony Finau.

It was Finau’s post to Twitter and Instagram showing him alongside the smiling, 14-time major champ that served as the first indication of Woods’ current condition. Speaking before his pro-am round at PGA National, Finau recounted “a spectacular night” that included some “quality time” with his childhood idol.

“It looked like he was enjoying being with us and having dinner,” Finau said. “It was the first time I had spent time with him, so I don’t know how he normally is and there’s nothing for me to judge on. But he looked like he was in high spirits to me.”

Koepka, like Finau, signed with Nike in January. He was encouraged by the progress Woods has made since his last public appearance at the Hero World Challenge in December, where Koepka was among the 18-man field.

“He looked good. It was good to see him,” Koepka said. “He looks like he’s been hitting the gym pretty hard, or I guess not the gym but rehab. He looks physically really good compared to where he was a couple months ago, and it’s good to see because the game needs him big time.”

Those latter sentiments were echoed by Rickie Fowler, who didn’t attend the Nike dinner but looks forward to having Woods back to competition sooner rather than later.

“It’s awesome to see that he’s able to make some swings right now,” Fowler said. “I mean, it would not hurt the game to have him back playing as soon as possible. I think the biggest thing right now is to make sure that he’s healthy. That’s the main issue.

“I’ll see if I can beat him if he’s using 9-iron and down. We’ll go from there,” Fowler added with a grin. “We’ll try and build him up a little bit.”