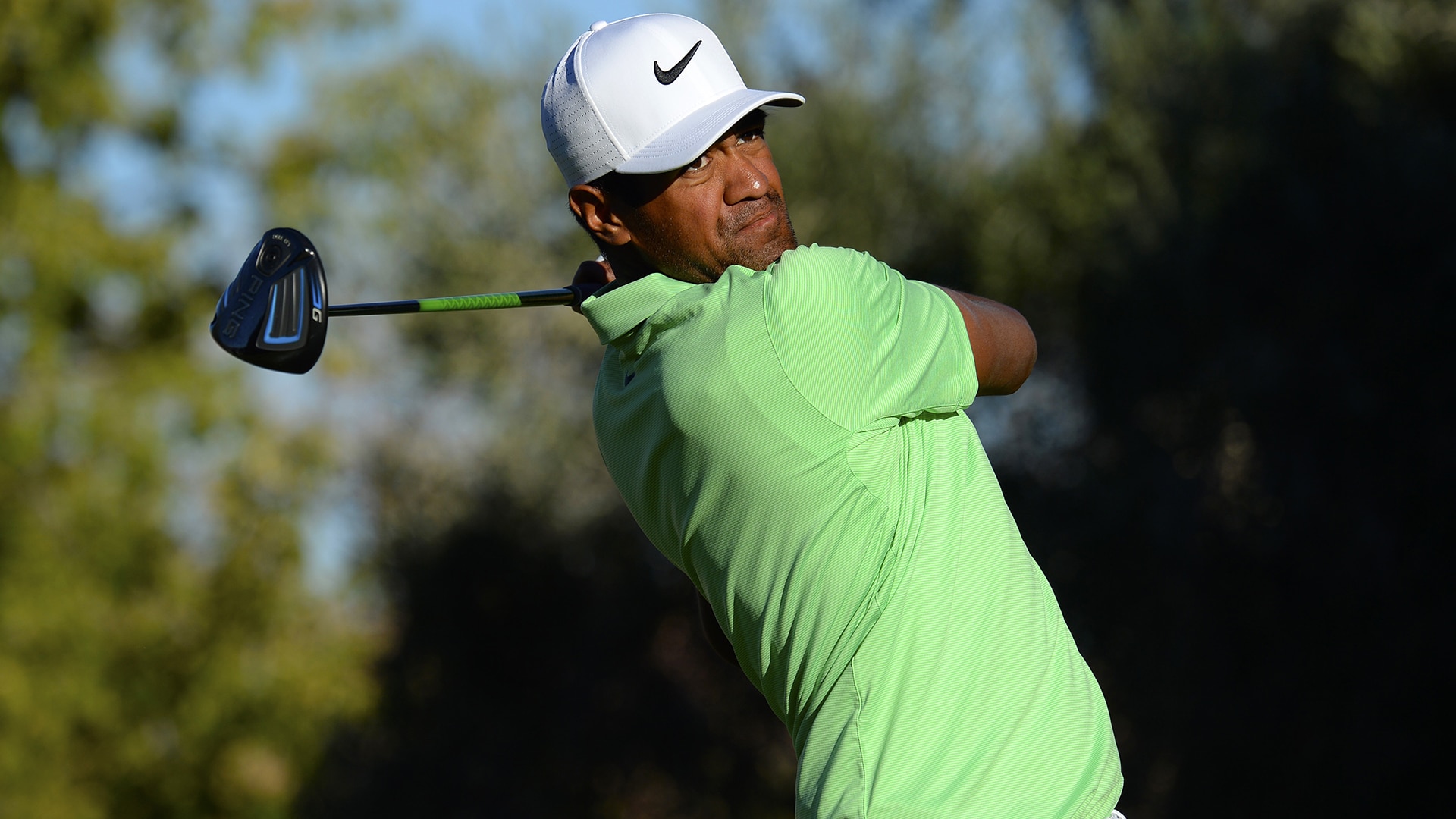 It took an entire year, but Tiger Woods is once again off and running in an official PGA Tour event. Here's how things stand after the opening round of the Farmers Insurance Open, where Woods trails Tony Finau by seven shots:

What it means: Finau rolled in a lengthy birdie putt on his final hole to take sole possession of the lead, but it was largely overshadowed because it came just as Woods was finishing his round on the nearby South Course. Woods' return to Torrey Pines was certainly the storyline of the day, although the low scores - especially those on the more difficult South - are more plentiful than in years past.

Round of the day: Finau has top-25 finishes in each of his first three trips to La Jolla, including last year's T-4 finish, so his spot on the leaderboard should come as no surprise. Playing the North Course, Finau rolled in nine total birdies, including five over his opening eight holes to move onto the early leaderboard.

Best of the rest: Potter was the first player to post a 66 on the burly South Course, chipping in for birdie on the par-5 18th hole to cap his round. The former Greenbrier champ was bogey free in his opening round, which was highlighted by a five-hole stretch from Nos. 5-9 in which Potter tallied four birdies.

Biggest disappointment: Brian Harman has been one of the hottest players of the new wraparound season, but his momentum was quickly halted during a 5-over 77 on the easier North side. Harman made only a single birdie against six bogeys and now must post a low score on the tougher track if he has any hopes of making the 36-hole cut.

Main storyline heading into Friday: All eyes will continue to be on Woods, who produced a mixed bag en route to an even-par 72. He'll now head to the North Course with an eye on posting a red figure in order to make the weekend, as will Rahm, the defending champ, who should not be overlooked as he remains on a hot streak following last week's victory in Palm Springs.

Shot of the day: Woods was in need of a spark when he walked to the par-3 16th, and he nearly walked away with a hole-in-one. His 6-iron from 189 yards landed just short of the hole and nestled within a foot for an easy tap-in birdie, his third of the day.

Quote of the day: "It felt good, it looked good. Then we just listened for some noise." - Woods describing his tee shot on No. 16.