At first sign of trouble, DJ drops the hammer 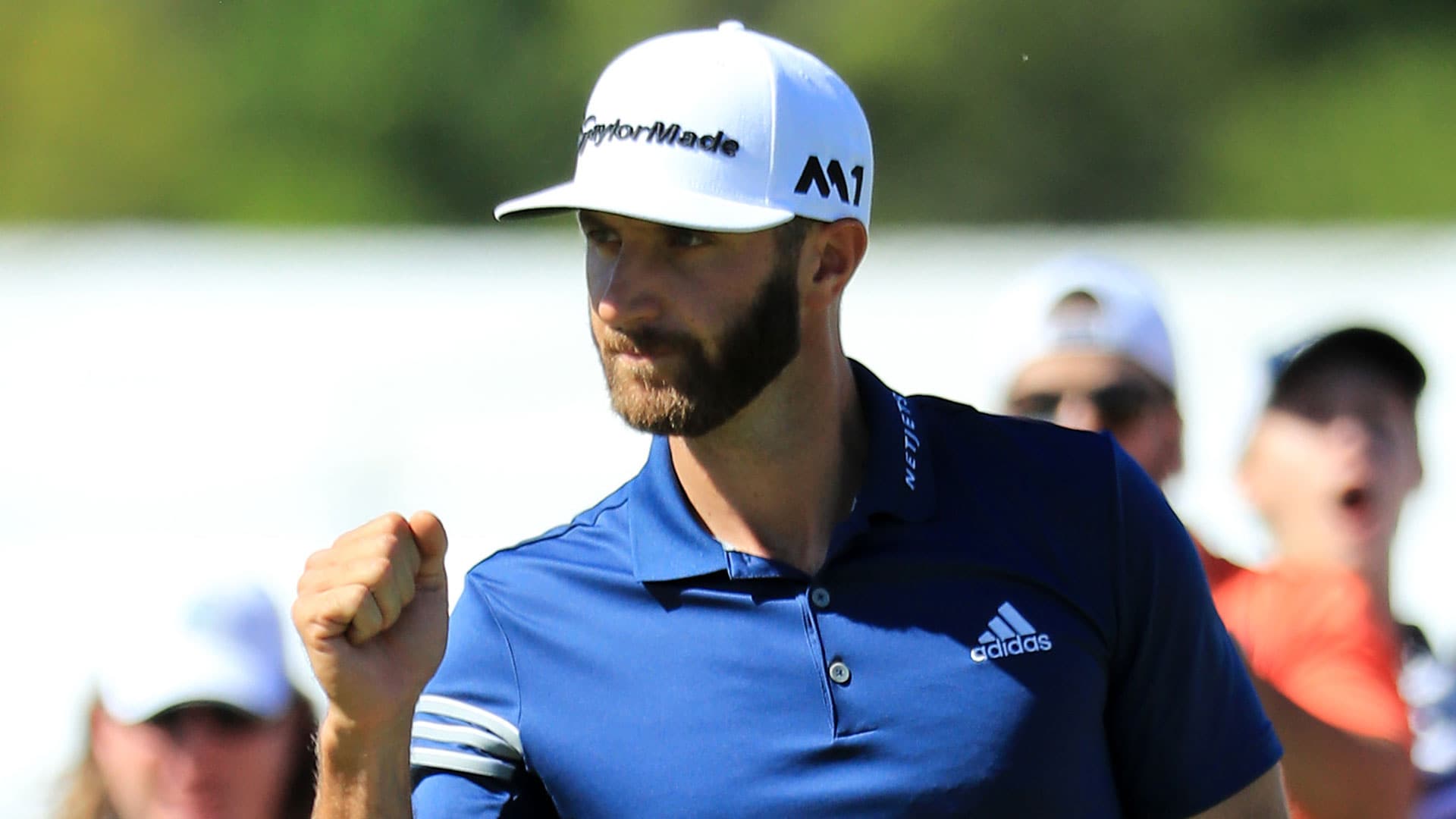 AUSTIN, Texas – For the first time this week, Dustin Johnson found himself in a tense situation, all square with Alex Noren after the Swede rolled in a 40-footer for birdie at the 12th hole at the WGC-Dell Technologies Match Play.

Save for when he had been standing on the first tee, Johnson had not trailed nor been tied as he cruised through group play and the Round of 16.

How the world No. 1 responded to his first taste adversity was almost as impressive as his dominance to that point.

“I knew Alex was going to be a tough opponent. I wasn't frustrated that I was all square,” Johnson said. “I came back, made a nice birdie on 13 and won that hole and then birdied 15 and 16 to win, too. Came back strong after losing three holes in a row.”

Johnson will face Hideto Tanihara in Sunday’s semifinal round and can become the first player to win all four World Golf Championships and his third consecutive start.