Fleetwood, with his fancy umbrella, fires 65 on Day 2 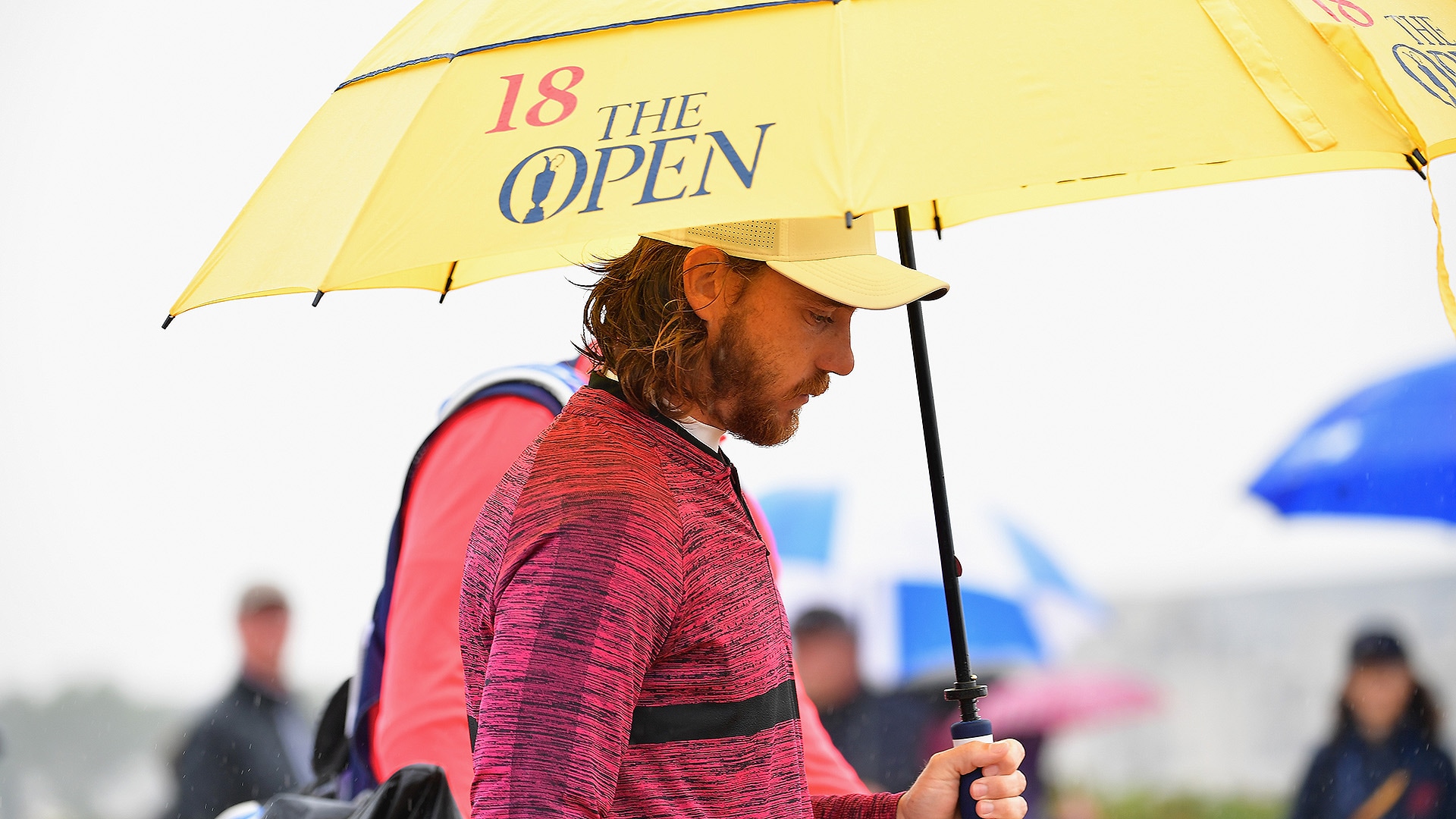 CARNOUSTIE, Scotland – Tommy Fleetwood looked like an Open rookie when he set out on Friday under gray skies and a cold, steady rain.

Because the Englishman doesn’t have an equipment sponsor he made a quick turn through the merchandise tent for an umbrella – but at least he didn’t have to pay for it.

“We stole it,” he laughed when asked about his Open-brand umbrella. “We got one given for free, actually. We didn't steal it. We don't always carry an umbrella. So it just so happens this week that we've got a nice Open Championship [umbrella]. It looked quite nice, the yellow and the course.”

It was Fleetwood’s only rookie move on Day 2 at Carnoustie, posting a flawless 65 to move into an early tie for second place at 5 under par.

Fleetwood holds the competitive course record at Carnoustie, a 9-under 63 he shot last fall during the European Tour’s Dunhill Links Championship, but given Friday’s conditions and the difficulty of this course during The Open, his 65 on Friday might have been better.

“It's not a course record, but it's pretty good,” said Fleetwood, who was stroke behind leader Zach Johnson. “If you went out, you wouldn't really fancy being 6 under out there. So I think that's a good indication of how good it was.”

It was a dramatic turnaround for Fleetwood on Friday. He said he struggled with his ball-striking, specifically his tee shots, on Day 1, but he was able to turn things around with an hour-long session on the range following his opening round.