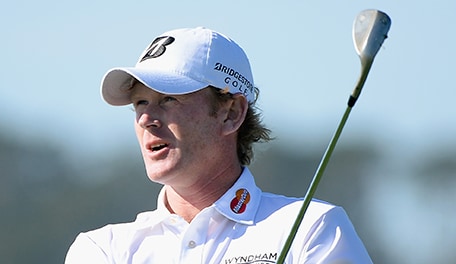 Former RBC Canadian Open champ Brandt Snedeker has withdrawn from this week's event in Ontario because of a nagging hip injury.

Snedeker won in 2013 at Glen Abbey Golf Club, which again will host the tournament this week. He is one of several players within the RBC sponsorship stable and was expected to make his fourth straight appearance in the event. Instead, Snedeker took to Twitter to explain his reason for withdrawing.

Snedeker missed the cut at the Open Championship, after which he flew to Colorado to meet with his doctor. Snedeker tweeted that he "tweaked" his left hip at the U.S. Open and now needs rehab and rest.

"Luckily there is no structural damage," Snedeker wrote. "We are confident this will get me back to 100 (percent)."

Snedeker finished eighth at Chambers Bay despite the hip injury, including a final-round 68, then went on to finish T-10 at the Travelers Championship the following week to cap a run of four straight top-10 finishes. He missed the cut by two shots at St. Andrews after rounds of 73-73.

While he offered no timetable for a return, Snedeker's next anticipated start is the WGC-Bridgestone Invitational in two weeks. This is typically a busy part of the schedule for the 35-year-old, who in addition to his RBC ties also has a sponsorship agreement with Wyndham and regularly plays the Wyndham Championship the week between the PGA Championship and the FedEx Cup Playoffs.