Fowler chases down Kang, but falters at finish 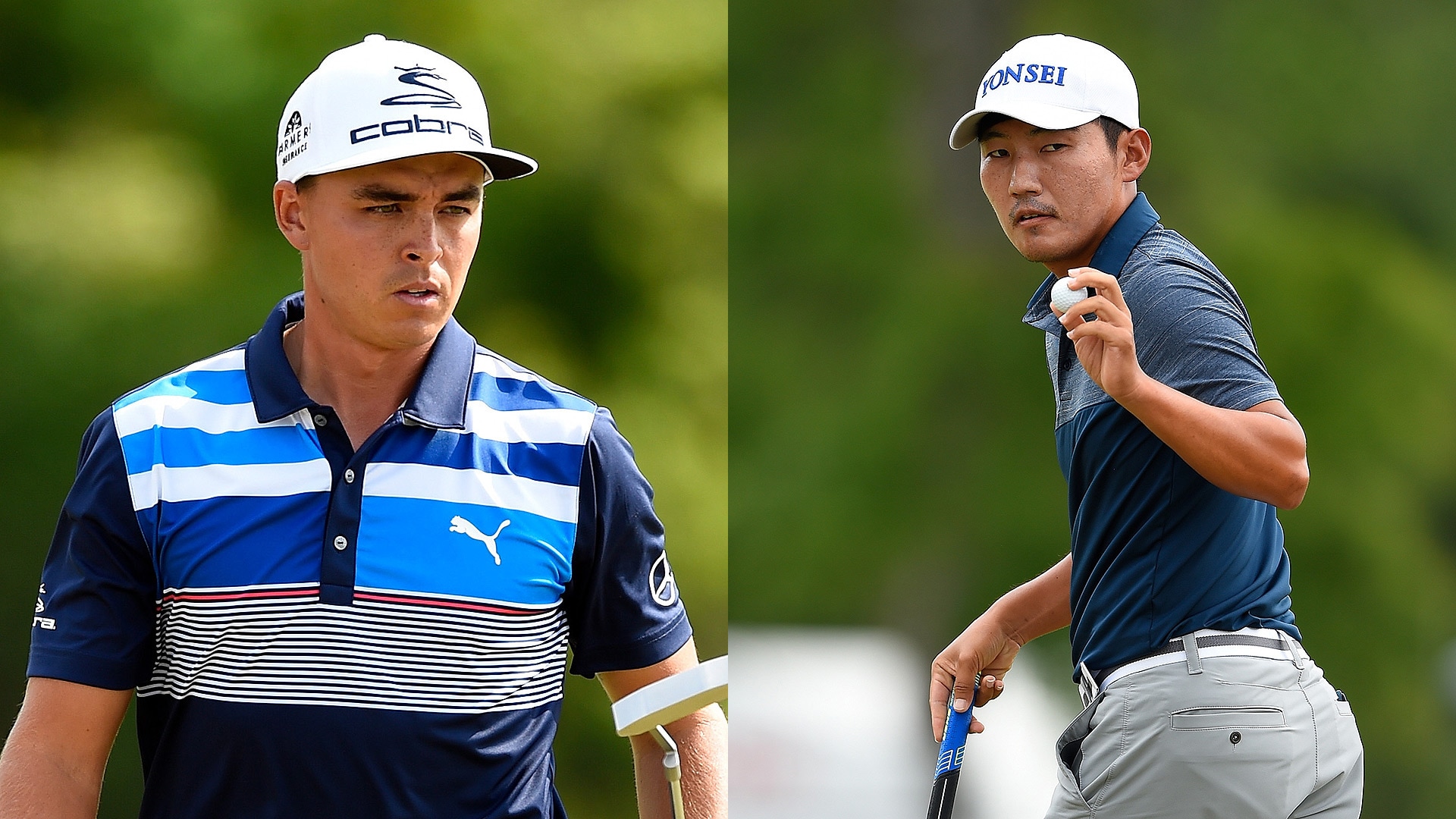 Sung Kang had been threatening to run away with the Shell Houston Open, beginning the day with a six-shot lead, but Rickie Fowler had other ideas. That is, until Fowler got to the final two holes. Here's how things stand going into the final round at the Golf Club of Houston:

What it means: With a five-birdie front-nine 31, Fowler picked up five shots on Kang over the first nine holes. He finally caught him at 17 under, but a floundering finish left Fowler three shots back.

Round of the day: Luke List had the day's low round, a 7-under 65 that vaulted him 14 spots into a tie for third. List bogeyed his second hole, then birdied eight of the next 16.

Best of the rest: Fowler and Andy Sullivan tied for the day's second-lowest round, 67, but we're betting that only one of them was happy about it.

Biggest disappointment: It isn't often that the guy in second place earns a spot in this category, but there's no other way to treat Fowler's finish. After playing bogey-free, 8-under golf for 16 holes, he dropped three shots on the final two holes, including a three-putt from 3 feet at the last

Shot of the day: Kevin Streelman holed out from 165 yards on the 17th hole.

Main storylines heading into Sunday: Kang needs a win to get into the Masters. Fowler, who won the Honda Classic, is looking for his second win of the season.