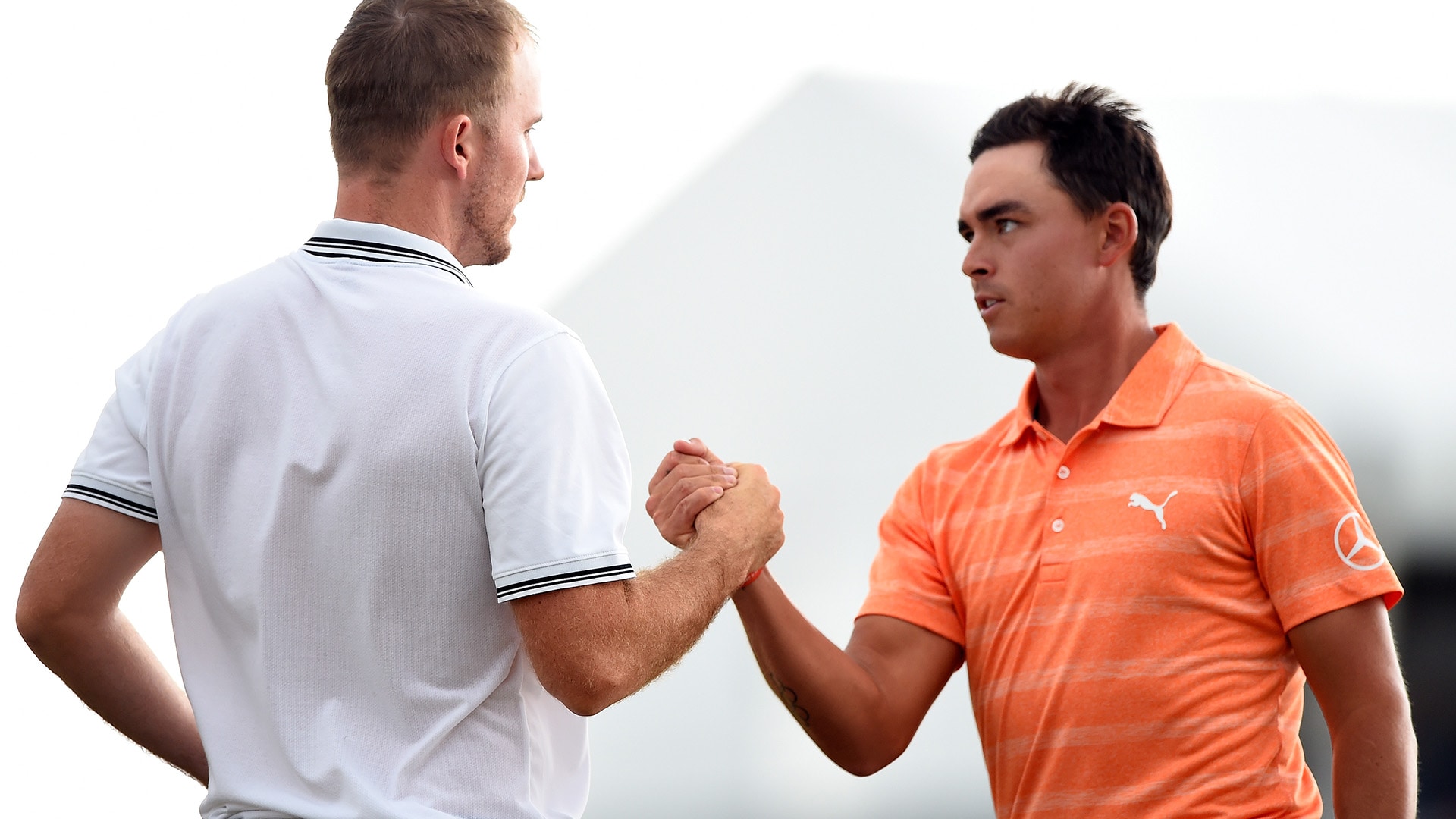 HUMBLE, Texas – Rickie Fowler remained optimistic despite a rocky finish to the Shell Houston Open that saw his title hopes dashed within the first few holes of the final round.

Fowler began the day alone in second place, three shots behind Sung Kang and had described the finale at the Golf Club of Houston as a match-play “battle.” But an errant drive led to a costly double bogey on No. 2, and his driver off the deck on the par-5 fourth hole found the water and led to another bogey.

Fowler bounced back with four birdies over his final seven holes to salvage a tie for third after a final-round 70, but the early miscues proved costly and he finished four shots behind Russell Henley.

“Actually just an alignment problem that caused me to make a couple bad swings,” Fowler said. “Cost me a few shots. Nice that I got it turned around and started to make some good swings and made some birdies and fought back, got a good finish out of it.”

While Fowler said he was “not happy” about falling short of his second win this season, he saw plenty of positives from in Houston that he hopes will translate into another strong finish next week at the Masters.

“Very, very positive week,” Fowler said. “Winning would have been a bonus for sure, and obviously that’s what I would have liked to have done. But I come out of here in a better mindset than I was going in, feeling good about the work we did.”