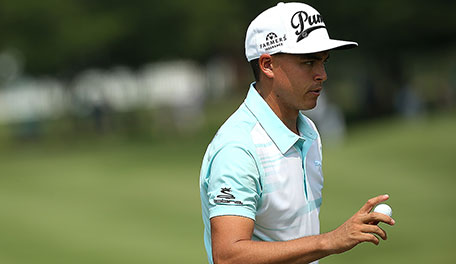 Despite a short early weather delay, Thursday at Quicken Loans National got off to an exciting start thanks to aces from two of the PGA Tour's brightest young stars.

Rickie Fowler, who has started to live up to big expectations this year with wins at The Players and Scottish Open, scored the ultimate walk-off, making a hole-in-one on his final hole of the day, the par-3 ninth. Fowler's second career ace helped him to an opening 4-under 67.

Ryo Ishikawa, the 23-year-old with 11 Japan Golf Tour wins, grabbed a share of the early Quicken Loans lead with an 8-under 63, thanks in large part to his ace on the 178-yard par-3 fourth hole.