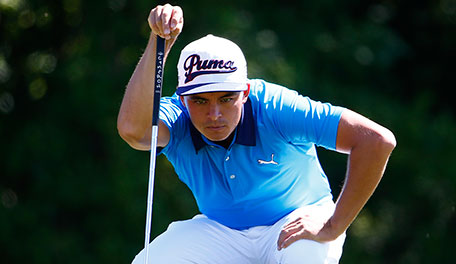 SHEBOYGAN, Wis. – It’s a sign of the times that Rickie Fowler, at the ripe old age of 26, was something of the elder statesman in his Tuesday practice round match at Whistling Straits.

Fowler teamed with Phil Mickelson in the duo’s normal “Tuesday game,” losing to Jordan Spieth and Justin Thomas, who combined (44) are younger than Lefty (45).

“We won the press, if that counts for anything” Fowler smiled. “No, they got us. Jordan and Justin got us, 1 up.”

The round has become a staple on the PGA Tour and has evolved beyond simple practice.

“Outside of actual tournament golf and being in contention, I feel like it’s some of the best preparation to when you are in contention or have shots that matter or on the line when you’re in a tournament,” he said. “You don’t want to lose to your buddies.”