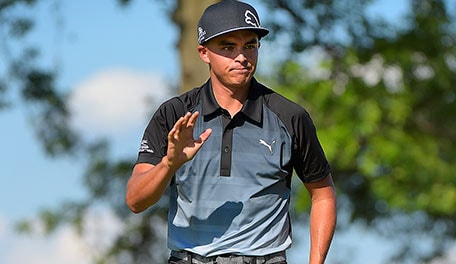 Despite making history by becoming the first player to finish in the top 5 at all four major championships, Fowler said earlier this week at the Quicken Loans National that his next goal was to win more.

After a torrid finish to his round on Friday at Robert Trent Jones Golf Club which included birdies on his final three holes, he’s in contention for his second PGA Tour victory of 2015 and third worldwide triumph.

“I am swinging well, I have been for the past couple of months,” said Fowler, whose second-round 65 left him tied for second place and one stroke behind Ryo Ishikawa. “I put myself in a great position going into the weekend and we’ll see if we can put ourselves in a position where I’ll possibly have a chance.”

Fowler won his second Tour title in May at The Players and on the European Tour earlier this month at the Scottish Open.