Fowler rebounds with late birdie, one back in Phoenix 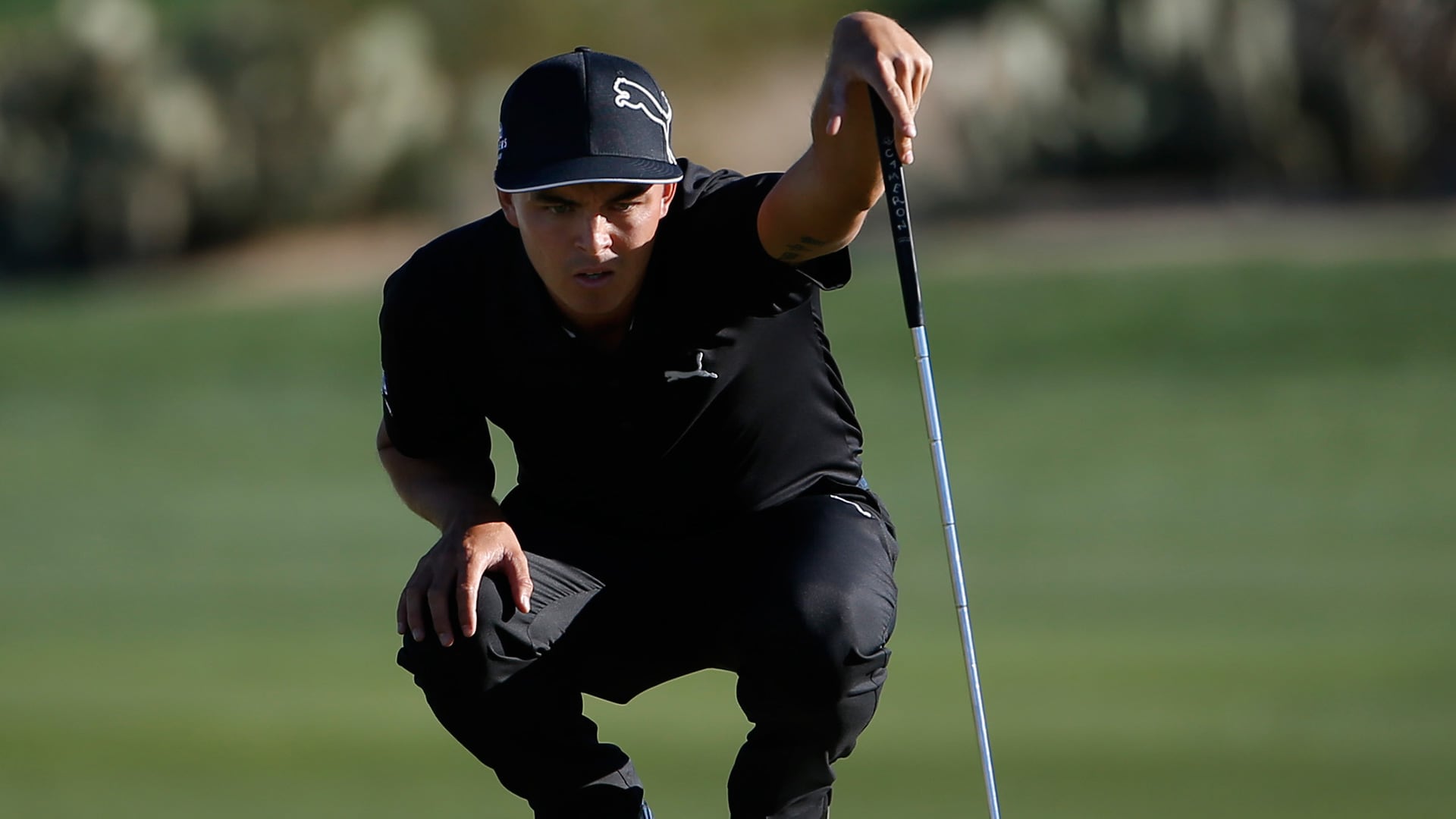 Rickie Fowler's second round at the Waste Management Phoenix Open could have gone several different ways, but when he walked off the 18th green late Friday afternoon he was tied for second with Danny Lee and only one behind 36-hole leader and TPC Scottsdale member James Hahn.

Coming off a ghastly three-putt bogey on the short par-4 17th, Fowler finished strong by dropping his second shot 3 feet from the hole on 18 for a closing birdie, a 3-under 68 and a spot in Saturday's final group.

"It was tough to hit fairways, wasn't playing easy," said Fowler, who hit 9 of 14 fairways and 14 of 18 greens. "Just tried to stay patient, fight through it. Nice to make a couple birdies coming in."

Fowler won two weeks ago in Abu Dhabi, but his putter cooled off last week as he missed the cut at Torrey Pines. The flat stick heated up again Thursday with an opening 65, and it rescued him Friday with key par saves on Nos. 12 and 14 that kept Fowler near the lead heading into the weekend.

"I hit some really good putts, ones that you make and it continues to build the momentum and continued with the rhythm through the round," he said. "Something I wasn't able to do last week. That's been the biggest difference."

And perhaps most importantly Fowler will start the third round with a chance to finish with the lead instead of trying to catch up.

"I have a chance to go out tomorrow, another good round, and put myself in a good position for Sunday," he said.