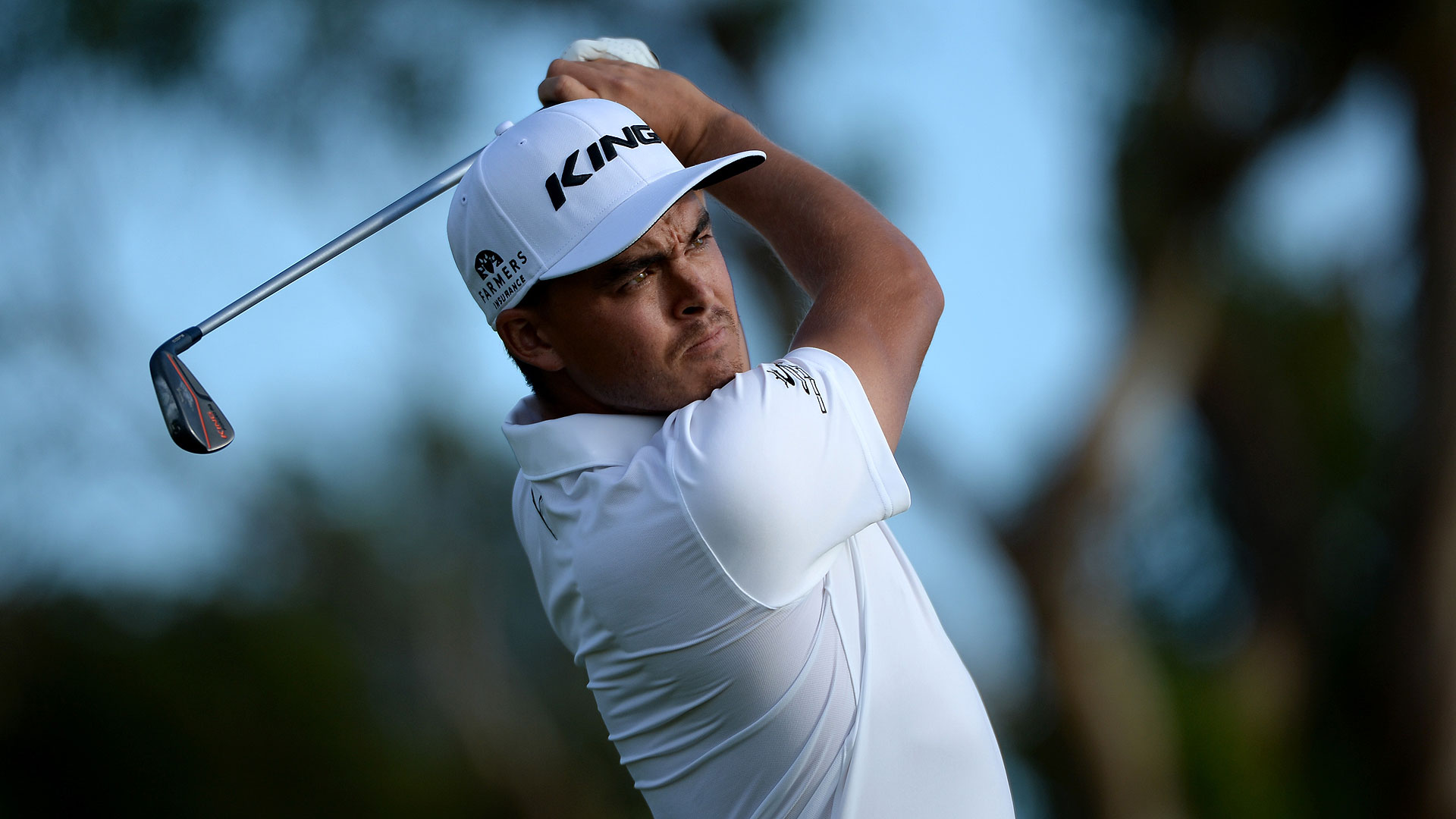 Play was delayed early Thursday because of a frost delay, but once the sun came out there were plenty of birdies for the raucous crowds to cheer at the Waste Management Phoenix Open. Here is how things look at TPC Scottsdale, where part of the field will return Friday morning to complete the first round:

What it means: Fowler followed a win in Abu Dhabi with a surprising missed cut at Torrey Pines, but he appears to be back in form this week in the desert. He shares the early lead with Lowry, who broke through for victory last year at Firestone, and Matsuyama, who finished T-4 at this event in 2014 and was a runner-up last year.

Round of the day: Fowler couldn't miss on the greens at the start of his round, rolling in three birdies and an eagle over his first six holes. While he dropped shots at Nos. 16 and 18, Fowler played his inward nine without a bogey and now holds an early share of the lead at an event where he was a runner-up in 2010.

Best of the rest: Lowry earned his PGA Tour card with that win in Akron, and he is putting it to good use so far in 2016. The Irishman salvaged a top-15 finish last week in the wind and rain of San Diego, and amid calmer conditions he tallied eight birdies against two bogeys for a 65 in his first competitive round at TPC Scottsdale.

Biggest disappointment: A 3-under 68 normally doesn't earn this distinction, but Keegan Bradley's opening effort would have been even better were it not for an unforced error. Bradley discovererd on the second tee that he had 15 clubs in his bag, a rules violation that resulted in a two-shot penalty. Were it not for that avoidable gaffe, he'd be within a shot of the lead.

Main storyline heading into Friday: Several players still have yet to complete their opening rounds, but once the sun rises in the desert all eyes will be on Fowler. He made a statement with his victory over a strong field in Abu Dhabi, and another title this week would be his fifth win in less than a year and inch him closer to a spot among golf's upper echelon.

Shot of the day: Phil Mickelson took dead aim with his approach to the par-5 13th, his fourth hole of the day. Mickelson carved a fairway wood from 252 yards to inside 3 feet, setting up an easy eagle.