Fresh off Augusta trip, Phil opens with 69 at SHO 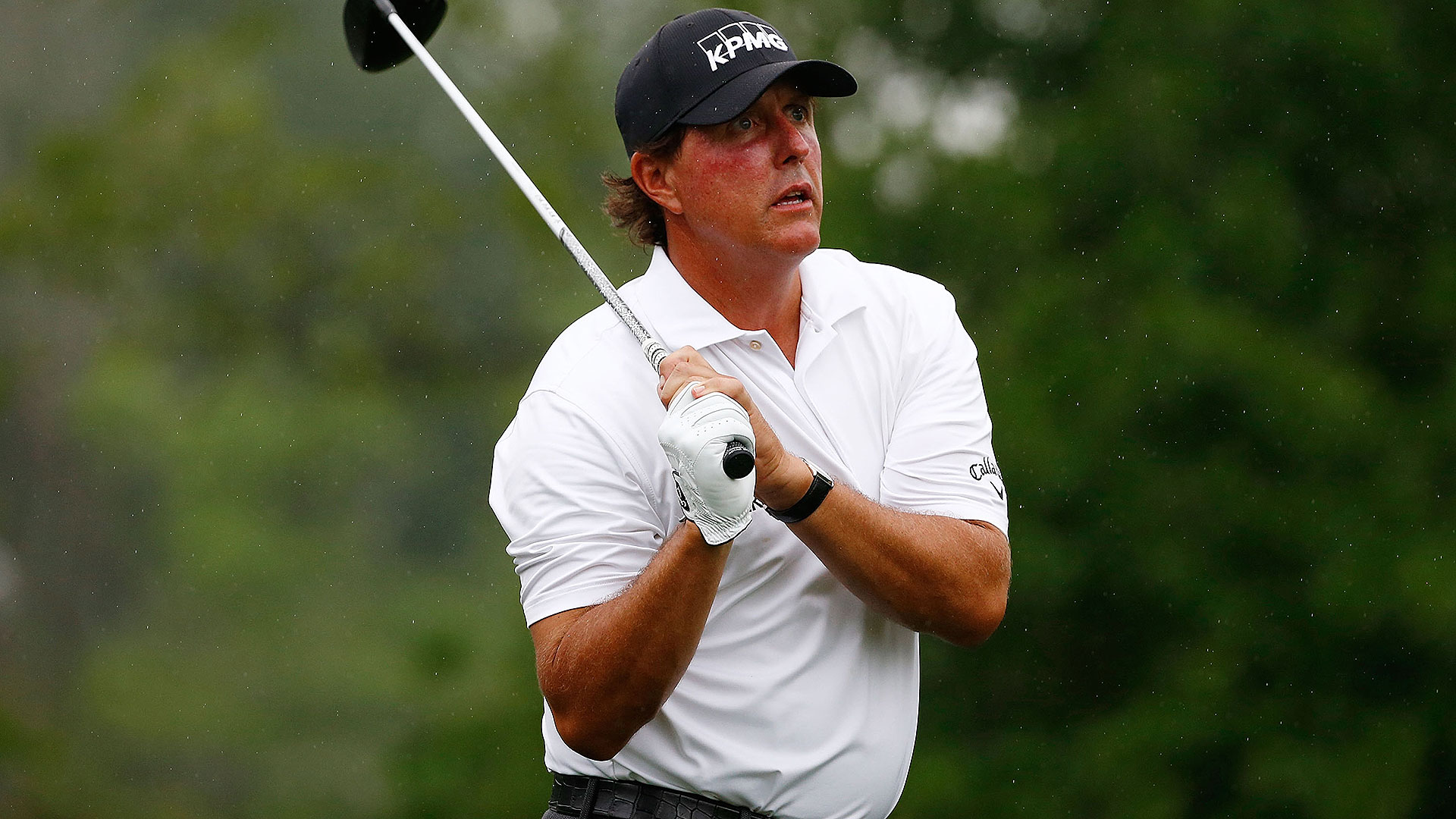 HUMBLE, Texas – Back at one of his most familiar haunts, Phil Mickelson is once again in the early mix at the Shell Houston Open. According to Lefty, though, his opening round didn’t quite meet expectations.

Mickelson shot a 3-under 69 at the Golf Club of Houston, a score that left him four shots off the early pace set by Dustin Johnson and Roberto Castro. But it’s also one that would have been even better were it not for a trio of penalty strokes that accompanied errant shots.

“I closed with two birdies, so it took a little of the sting out of how I was feeling about the round,” Mickelson said. “I wasn’t happy with how my iron play was. I wasn’t hitting it close enough to really make a lot of birdies, and it was disappointing that I wasn’t quite as sharp as I felt heading into the week.”

Mickelson annually uses this event as final preparation for the Masters, often with great success. He won here in 2011 and hasn’t finished outside the top 20 since, playing his way into the final grouping during the third round last year before fading to T-17.

After some sharp practice early in the week, a confident Mickelson hoped to build on his early-season momentum that has included a runner-up at Pebble Beach and a fifth-place showing at Doral.

“I thought I was going to come out and light it up, and I didn’t shoot anywhere near the number I was expecting to,” he said. “The good news is my bad rounds are respectable, and that if I come out tomorrow and play the way I feel that I can play, and score the way I feel I should score, I should be able to get right back into it.”

Of course, those practice sessions didn’t come at this week’s venue. As he often does prior to this event, Mickelson spent the past four days at Augusta National, getting a lay of the land before beginning his quest for a fourth green jacket next week.

Mickelson arrived in the Houston area Wednesday evening, and he cracked a grin when reminiscing about his latest trip back to hallowed ground.