Furyk has 'work to do' after losing another 54-hole lead 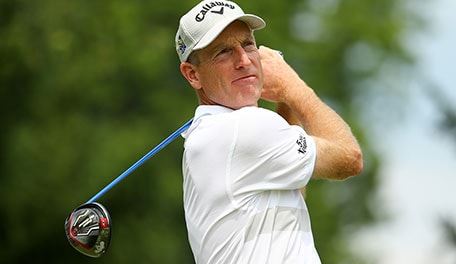 AKRON, Ohio – No longer burdened by a lengthy winless drought, Jim Furyk entered the final round of the WGC-Bridgestone Invitational hoping to erase another unfortunate footnote from his credentials.

He shared the 54-hole lead with Justin Rose, and this marked the 10th time since 2011 that Furyk carried at least a share of the lead into the final round.

Just like the previous nine instances, this one ended with Furyk watching someone else leave with the trophy.

Furyk shot a 2-over 72 in the final round at Firestone Country Club, bogeying the 72nd hole to drop into a tie for third, four shots behind Shane Lowry.

“I’ll go out and say, not only didn’t I hit it well, I hit the ball very poorly the last 27 holes,” Furyk said. “I was covering up with putts early in the week. And under the gun, it got me a little worse on the weekend. We’ve got some work to do.”

While many contenders found positives to build upon heading into next week’s PGA Championship, Furyk reiterated that his driving is not currently up to his standards and added that Whistling Straits is not as beloved in his eyes as Firestone.

“It’s not a golf course I feel comfortable on,” said Furyk, who finished T-24 at Whistling Straits in 2010. “This was the one course I think I played all summer where I felt good about the golf course and comfortable, and felt like it suited my game.”